Mothman Territory: History and High Strangeness is the new book from George Dudding, who has written many previous books on weird phenomena. As you can probably guess from the full title of the book, George's latest release is about Mothman, but much more, too. Indeed, the book runs close to 300-pages and covers numerous angles of the paranormal - and all around Point Pleasant. I'm surprised that no-one has done anything like this before - or to such an extensive degree.  George says in his Introduction: "The intended product, a book on the weird history of Mason County, West Virginia and the town of Point Pleasant has been seven years in the making." With that said, let's now take a look at this intriguing book. First and foremost, what amazed me was the incredible, collective body of mysterious phenomena that, over the years, has descended on the area. And, not just for years or decades - but for centuries, too. George begins by providing the reader with portions of his life growing up in Mason County, his childhood, how he got interested in UFOs, Cold War fears in the 1950s, and much more. 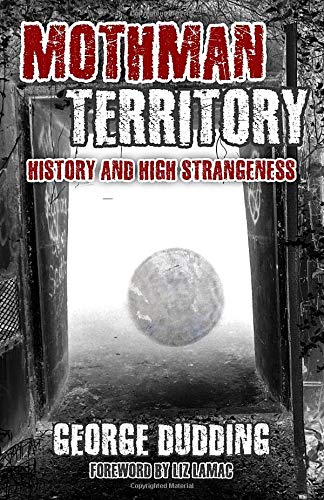 The book then focuses more than a few pages on the Battle of Point Pleasant, which took place in 1774. As George says: "Since the Battle of Point Pleasant was the first of these battles, it is often referred to as the First Battle of the Revolutionary War." Tragically, a Shawnee Chief, named Cornstalk, was killed during the hostilities - something that, it has been said, led the chief, in his dying moments, to put a curse on the area. As George notes, however, there is significant debate among local historians concerning whether such a curse was really placed on the area or not. We'll likely never know the truth. The story of the curse, though, has become a part of the high-strangeness that hangs around Point Pleasant and Mason County.

George provides us with some intriguing material on the history of the area's railroads, rivers and bridges. Of course, one particular bridge, that spanned the Ohio River, came crashing down into the waters, killing no less than forty-six people in December 1967. To this day, there are those who believe - or suspect - that the Mothman somehow caused the terrible event to occur. George shares with us a number of photos that allow the reader to get a good idea of how the area looked back then - and how things look now. This is a very interesting part of the early years of Point Pleasant in relation to the growth of trains, the rapid expansion of construction in the area, and more. In other words, we're treated to events in Point Pleasant that came along way before Mothman put the city on the map. One of my favorite parts of the book was that titled "Abandoned Installations." It creates images of dilapidated, empty buildings; something that makes for eerie viewing and reading. George shows some of his photos of old, abandoned facilities in the area that provoke thoughts of a definitive, silent, dead zone. 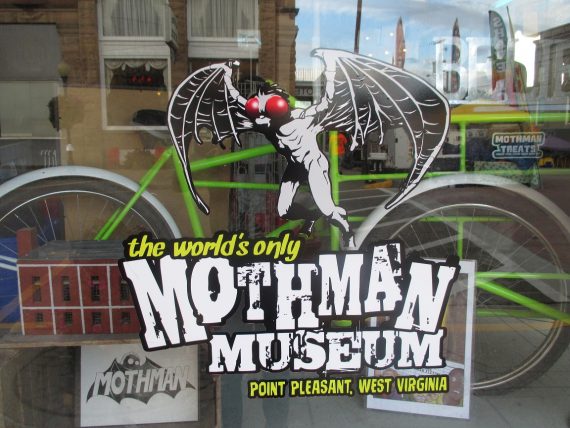 Now, let's take a look at matters relative to the fields of Cryptozoology, Ufology and the paranormal. On the matter of strange creatures, George devotes fifteen pages to the likes of Bigfoot, Sheepsquatch (yes, really!), and the "Man-Bear" of Jericho Road. On this latter point, George notes: "Mason County was not known to be populated with bear and there was something peculiar about these creatures." All of this brings us to the 1960s, which is when matters of the mysterious kind really took off in and around Point Pleasant. George tackles the mystery of Mothman, the Men in Black and their presence in town, and how Mary Hyre - a correspondent newspaper reporter for The Athens Messenger - came to work with John Keel. The two became good friends. 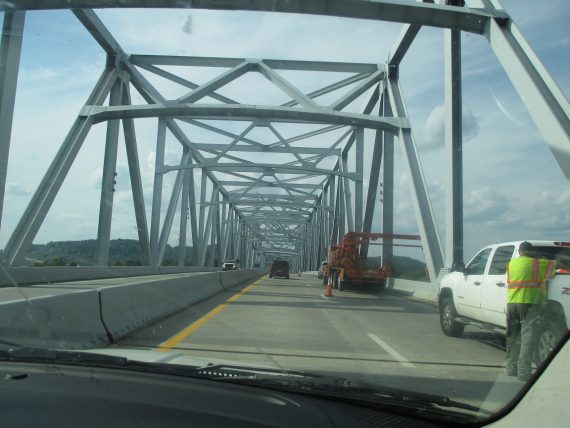 If you know your Mothman history, you'll also know that some of the Mothman encounters occurred in the area of an old, abandoned TNT plant. This is a very important part of the book, as it digs deep into the area and the history. In fact, George devotes more than thirty-pages to this portion of his book. This section alone is well-worth reading, as George tells the story of how the old plant came to be constructed - and why. George also gives us more than a few very cool photos from way back in the Second World War when the plant was new and up and running. A definitive trip into the past. Still on the matter of Mothman, George discusses Gray Barker, a researcher-writer who was certainly not against creating stories for effect and money. As George also tells his readers, Barker was the first person to write a full-length book on the Mothman events: 1970s The Silver Bridge. Add to all of that, haunted houses, interesting and eccentric local characters, and "The UFO Blood Mobile Chase" of 1967, and you're in for a treat!