One of the most well-known, yet simultaneously least understood religions in the world is that of Voodoo, which can be found across a wide swath of the Caribbean and its neighboring locales, including areas in the southern United States such as New Orleans. In the island nation of Haiti its special brand is spelled as Vodou in order to differentiate it from the other types, and its traditions and history run deep. Perhaps no other religion or belief system has attracted to it so much attention and misunderstandings, and Vodou remains steeped in spooky imagery and dread, although not always warranted. Among the many beliefs of Vodou are those of the powerful spirits that roam among us, and which sometimes jump into human beings to take them over.

Although it has roots that stretch way back, possibly up to 6,000 years in Africa, Vodou in the nation of Haiti as it exists today originated in the history of the slave trade of the region. Slaves were brought from the Western coast of Africa to Haiti by the original Spanish and French colonialists, and most of these slaves hailed from a hodgepodge of different ethnicities and cultures, forming a mixing pot of beliefs, traditions, and religions. These various traditions gradually mixed with the predominantly Christianized, Roman Catholic captors and missionaries throughout the 16th to 19th centuries to create a hybrid of African beliefs and those of the Christian colonialists, with certain Christian elements such as an almighty creator and Saints merging with more polytheistic and pagan ideas such as gods, ghosts, and spirits.

In basic terms, followers of Vodou believe that there is a supreme creator of the universe, called Bondyé, coming from the French Bon Dieu, meaning "good God," but that this being is distant, aloof, and separate from the earth and the workings of mankind, rather having once transferred some of its power into earthbound deities called lwa, also sometimes spelled as “loa,” which roughly translates to “lord,” “god,” or “spirit,” and are also sometimes referred to as the mystères, anges, saints, and les invisibles. These lwa are divided into different nations, or nanchon, and are believed to be the servants and slaves of the great unseen creator, and intermediaries between the far away Bondyé and Earth, each of this pantheon with a specific duty and purpose depending on its nation. It is these entities that Vodou practitioners revere and serve, often through priests called houngan or priestesses known as manbo, as well as shamans called bokor or witches known as caplata, and indeed the whole notion of "Voodoo magic" revolves around the worship of and devotion to these entities, as well as the channeling of their energies.

These mysterious lwa cover a wide range of appearances, habits, personalities, temperaments, and powers. Some are righteous and lawful, while others are more morally ambiguous, malicious, or even downright vicious and vile. Some are loyal to their human devotees, while others are more capricious, petty, and difficult to please. Through venerating these lwa through rituals and offerings, it is believed that these spirits will offer their devotees help, healing, protection, counsel, guidance, or other benefits unique to the particular spirit, but to anger or offend them will conversely bring illness, misfortune, insanity, or even death. This can be quite a tricky area to navigate, as there are so many different lwa, hundreds in fact, each with its own personal tastes, desires, idiosyncrasies, and demands, and each one requiring different offerings and rituals to appease it, with such offerings widely ranging from a simple piece of fruit to blood and animal sacrifice. Although certain elements of rituals and offerings to honor the lwa differ depending on the specific deity, one phenomenon that is common throughout is the idea of lwa giving messages through various forms of divination including dreams and human possession, in which the spirit will invade a human body in much the same way as a demonic possession in Christianity. 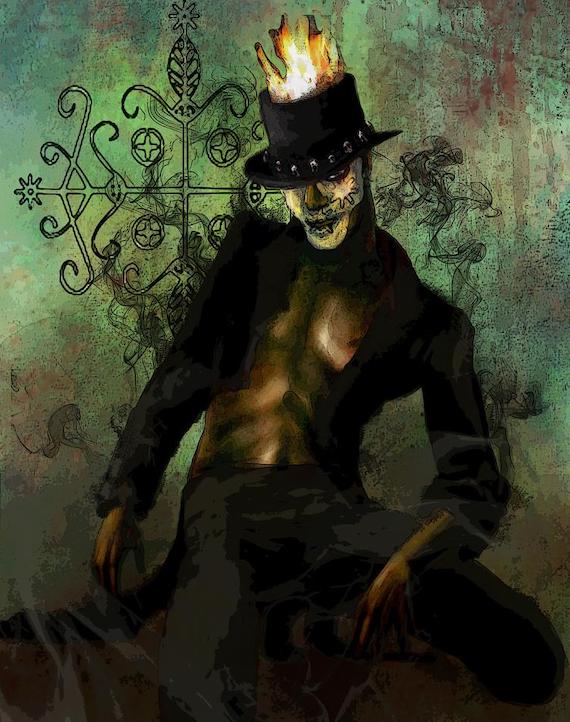 Rituals in which these possessions take place will start much like many other Vodou rituals. The devotees gather together with a houngan, mambo, bokor, or caplata and engage in elaborate dances and song, often to the point of going into a trance, followed by a feast and offerings made to the lwa. Depending on the lwa they are serving, the rhythm and movements of the dance, the songs, the tempo, the food eaten, the offerings, and even the specific styles and colors of the clothes they wear will be different. During these rituals one of the attendants may be chosen by the lwa to be its chwal, basically a “horse,” which the spirit “rides.” The person is then basically possessed, with the results varying depending on the specific type and power of the lwa.

Some lwa mount their human gently and quietly, the change happening without a commotion, while others will cause something more akin to a demonic possession, with flailing, convulsions, and violence. In either case, the person who is possessed will start to move, act, and speak differently, taking up the personality, mannerisms, and speech patterns and cadences of the lwa. When the lwa is recognized, offering will be made to the possessed, and symbols given appropriate for that specific lwa. Devotees will even offer the specific style of clothes or accessories that that lwa prefers, as well as the food and drinks it likes. In addition to speaking, acting, and even physically looking like the possessing lwa, the possessed may display a wide range of abnormal abilities. These may include clairvoyance, speaking languages the possessed does not know, superhuman strength, speed, or other exceptional physical abilities beyond what the possessed would normally be capable of, mind reading, and others, depending on the lwa. With more malicious lwa there can be negative effects as well, such as insanity, illness, an overwhelming urge for the possessed to harm themselves, such as cutting themselves, jumping from high places, or rubbing hot chilies in their eyes. They can also exhibit inappropriate behavior that the possessed would never engage in, such as drinking, smoking, promiscuity, or various other lurid behaviors. 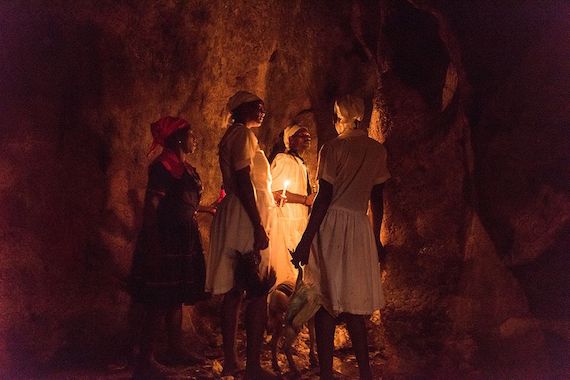 Although there are obviously comparisons that can be made with demonic possession, there are some notable differences with lwa possession. One is that whatever the temperament or form the manifestation takes, the lwa will typically offer some benefit to the devotees, such as telling the future, giving guidance, prophecies, offering protection, providing good crops, healing people, granting good luck, attacking an enemy, or otherwise conferring some mystical advantage that is typically beneficial for those present. Another difference is that to be possessed by a lwa is not seen as a fearful thing or something to be avoided. These possessions are not on unwilling people, and to be possessed by a lwa is thought of as an honor and desirable. Yet another difference is that, although a lwa possession can last anywhere from hours to days, the spirit will always leave willingly, and does not have to be driven out.

Whatever you might think about all of this, the Haitian people believe it all to be very real. In Vodou, these are features of the landscape and universe that are every bit as real as you or me. No matter what it all means, it all certainly adds another layer to this poorly understood and often misrepresented religion, and a fascinating look at another culture’s views on spirits and magic. Is Vodou real, in the minds of the believers, or something else? The mystery remains, and these devotees continue to hold their rituals.