“Although the South Atlantic Anomaly arises from processes inside Earth, it has effects that reach far beyond Earth’s surface. The region can be hazardous for low-Earth orbit satellites that travel through it. If a satellite is hit by a high-energy proton, it can short-circuit and cause an event called single event upset or SEU. This can cause the satellite’s function to glitch temporarily or can cause permanent damage if a key component is hit. In order to avoid losing instruments or an entire satellite, operators commonly shut down non-essential components as they pass through the SAA.”

The European Space Agency (ESA) weighed in earlier this year about the South Atlantic Anomaly (SAA) – the mysterious dent in Earth’s magnetic field over the South Atlantic that is being weakened to the point of splitting apart by the planet’s molten metal outer core churning around and shifting old tectonic plates on top of each other so that they block the outer core from forming the magnetic field. Now NASA decided it’s time to reveal its concern about the SAA and how it’s affected NASA’s moneymakers – satellites. 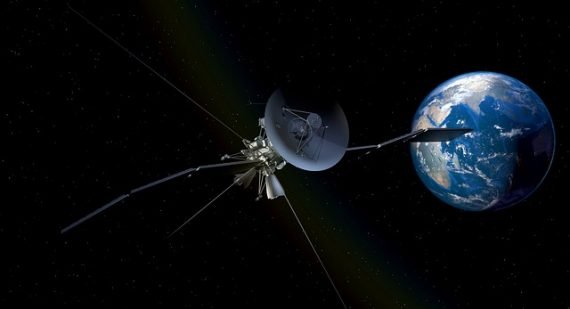 In a press release accompanying an explanatory video (watch it here), NASA scientists explain how the SAA is like “a pothole in space,” jarring satellites every time they pass over it, causing electronic glitches, short circuits and other physical damage. And no, they can’t just fly around it because the SAA is far too big and a detour would make the area of missed communications even larger.

“In addition to measuring the SAA’s magnetic field strength, NASA scientists have also studied the particle radiation in the region with the Solar, Anomalous, and Magnetospheric Particle Explorer, or SAMPEX – the first of NASA’s Small Explorer missions, launched in 1992 and providing observations until 2012.”

Even though the rip keeps getting bigger, NASA appears less concerned about what's directly underneath it on the surface, so it seems to imply that the increased solar radiation is nothing to worry about … yet. It can still affect ships and planes passing through, but the worst part is that the anomaly is “slowly but steadily drifting in a northwesterly direction.” You don’t need Google maps (although you might want to use them while you still can) to figure out that ‘northwest’ is the direction of South and North America. However, the press release still refers to the South Atlantic Anomaly as a “dent” and focuses primarily on “Modeling a safer future for satellites” – where NASA and SpaceX make their money.

Cynical? Yes. The SAA is obviously more than a "pothole in space" to be getting this kind of attention.

Monsters That Have Only Ever Made a Single Appearance