Not Your Average Abominable Snowman

Make mention of the Yeti - or of the Abominable Snowman, as it's also called - and it will provoke images in the mind of a giant, upright, ape-like creature roaming the expansive Himalayas. But not always. Sometimes, the creatures are described as being small - and they are said to move around on four limbs. All of that brings us to a certain figure who became fascinated by the tales of the Yeti. Brigadier Henry Cecil John Hunt was a highly regarded mountain climber, a noted figure in the British military, and the author of a 1953 book with the title of The Ascent of Everest. It was a book that told of his expedition to the legendary mountain – also in 1953. The Encyclopedia Britannica says of Hunt: "John Hunt, Baron Hunt, in full Henry Cecil John Hunt, Baron Hunt of Llanfair Waterdine, (born June 22, 1910, India - died November 7 or 8, 1998, Henley-on-Thames, Oxfordshire, England), British army officer, mountaineer, and explorer who led the expedition on which Edmund (later Sir Edmund) Hillary and Tenzing Norgay reached the summit of Mount Everest, the highest mountain (29,035 feet [8,850 meters]; see Researcher’s Note: Height of Mount Everest) in the world. He described the venture in The Ascent of Everest (1953)." 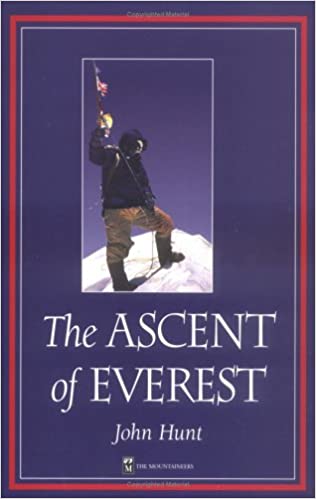 Hunt related a fascinating story of the Yeti that, during his mission to scale Everest, was given to him by the Abbot of the Tengboche Monastery. It stands at a height of almost 14,000 feet in the mountains of Nepal and is dominated by the massive Himalayas – the abode of the Yeti, or Abominable Snowman. The Himalayan Glacier website states: "Tengboche Monastery (Thyangboche or Dawa Choling Gompa) is a Tibetan Buddhist monastery in the Khumbu valley of eastern Nepal. Located at an altitude of 3,867 metres (12,687 ft), and en route to Everest Base Camp, it is one of the most prominent and the largest monastery in the entire region. It is perched on a hill, at the confluence of Dudh Koshi and Imja Khola rivers, with Mt. Ama Dablam forming a stunning backdrop to the location. The site can be reached by a mountainous trail from Namche Bazaar, via Lukla airport connecting to Kathmandu."

Hunt, who, at the time of the expedition, was in the employ of the Supreme Headquarters Allied Expeditionary Force, said of his visit to the monastery: "Seated with Charles Wylie and Tensing beside our host, a rotund figure in faded red, I questioned him about the Yeti – better known to us as the Abominable Snowman. The old dignitary at once warmed to this subject. Peering out of the window on to the meadow where our tents were pitched, he gave a most graphic description of how a Yeti had appeared from the surrounding thickets, a few years back in the winter when the snow lay on the ground." 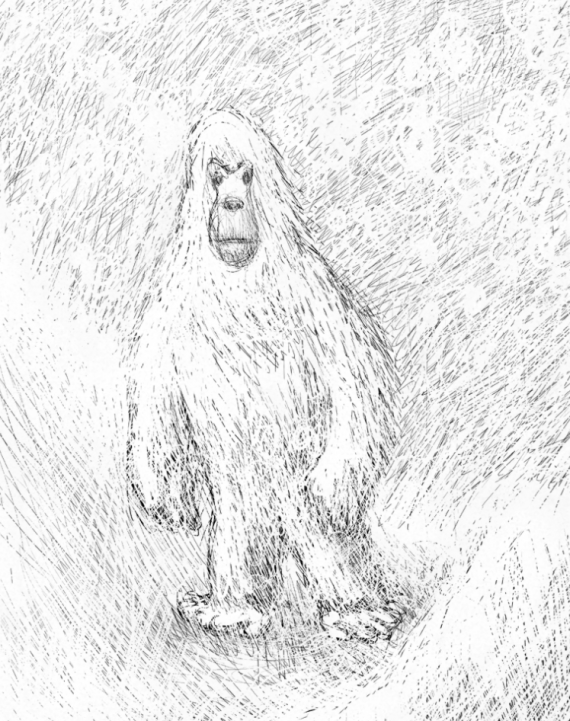 According to the Abbot, the creature was not at all like the average Yeti. Rather, it was grey haired, only about five feet in height, and walked on four legs, in what was described as a "loping" fashion. Evidently, the animal was not on the hunt for food at the time it was seen, but happily contented itself by playing in the snow! Despite the apparent non-hostile and playful nature of the beast, "instructions were given to drive off the unwelcome visitor." In Hunt’s own words: “Conch shells were blown and the long traditional horns sounded. The Yeti had ambled away into the bush."

So, with that said, what are we to make of this intriguing story? Well, it's very clear that this gray-haired, relatively small, creature that walked on four legs doesn't sound very  much like the average Abominable Snowman. Could it, perhaps, have been a juvenile creature? Maybe so. On the other hand, though, it has been suggested over the years that there are more than just one kind of unknown ape in the area of the Himalayas. One of them - known as the Nyalmo - is said to be a giant-sized creature that can be extremely dangerous. Possibly even a man-eater. Perhaps, the creature described to  Brigadier Henry Cecil John Hunt was indeed yet another unclassified creature - and not the typical animal described as the Yeti and the Abominable Snowman.

A Vicious Murder and a Haunted Doll