Planet Nine Exists? Possible Twin for Our Sun May Prove It

Which is harder to believe – that our Sun once had a twin or that it helped capture and hold Planet 9? They are obviously related and equally unbelievable – expect to a famous dynamic duo of astrophysicists who believe the twin sun idea is the only one that explains Planet 9. Should we believe either, both or none of the above?

According to a new paper published in The Astrophysical Journal Letters by Harvard astrophysicists Dr. Avi Loeb and Amir Siraj, the mysterious Oort cloud of space debris at the hairy edge of our solar system becomes easier to explain with the theory that our Sun had a twin born at the same time. Most theories about the Oort cloud have it forming after the birth of a single Sun and our planetary system as debris kept being flung father away from the solar mass. However, that theory never matched the density of the Oort cloud, which has too much stuff to be left over from a singe star birth. Enter the twin and the idea that the Oort cloud was captured, not formed. A press release from the Center for Astrophysics at Harvard explains:

"Binary systems are far more efficient at capturing objects than are single stars, If the Oort cloud formed as observed, it would imply that the Sun did in fact have a companion of similar mass that was lost before the Sun left its birth cluster."

OK, let’s avoid asking the obvious question for a minute and consider the fact that this actually makes scientific sense. Also, if this binary system was powerful enough to capture enough passing object to make the Trans-Neptunian Oort cloud, if may have been possible to capture an actual Neptunian.

"The puzzle is not only regarding the Oort clouds, but also extreme trans-Neptunian objects, like the potential Planet Nine. It is unclear where they came from, and our new model predicts that there should be more objects with a similar orbital orientation to Planet Nine."

Loeb and Siraj speculate that Planet Nine was captured by the binary stars as it passed close enough – possibly being pulled from another nearby solar system. If the twins could capture one, they could have captured more planets Ten through X orbiting even father from the Sun. Which brings us back to the obvious question. We have only one Sun today – what happened to its theoretical twin?

"Passing stars in the birth cluster would have removed the companion from the Sun through their gravitational influence. Before the loss of the binary, however, the solar system already would have captured its outer envelope of objects, namely the Oort cloud and the Planet Nine population. The Sun's long-lost companion could now be anywhere in the Milky Way." 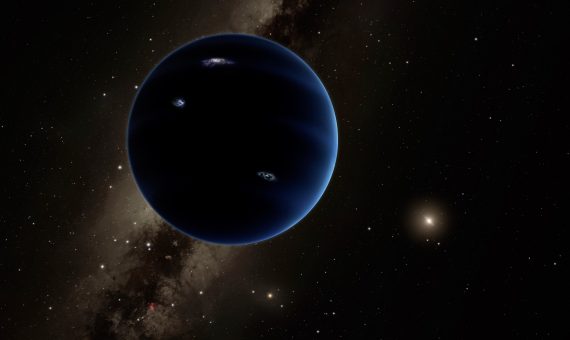 It was a cosmic gift exchange – we take Planet Nine from a star and it takes our Sun’s young twin before they had a chance to become the inspiration for some other civilization’s movie Tatoo. While this theory is certainly plausible, it’s nearly impossible to prove with today’s technology. Siraj thinks the Vera C. Rubin Observatory might be able to find Planet Nine after it goes operational in 2021 – a daunting task when there is little consensus that it even exists. Then again, Loeb and Siraj are the same guys who keep trying to convince us that the ‘Oumuamua interstellar space object could be alien technology.

Have they ever thought about screenwriting?

Pollution and “Prophecy”: Are We Making Our Own Monsters?