Poison Arrows Have Been Used By Humans For Over 70,000 Years

According to a new study, poison arrows have been around for more than 70,000 years. In fact, some indigenous people in different parts of the world are still making and using them to help them hunt for food.

One example is the Kalahari San people from the southern part of Africa who use small bone or iron-tipped arrows to hunt and when the tips are covered with poison, they are extremely fatal to anything they hit. These hunter-gatherers coat their tips with the larvae intestines of a type of beetle that’s called Diamphidia nigroonata. This is incredibly lethal as soon as it pierces the skin of an animal as the larvae has a diamphotoxin poison that’s so powerful it can take down a fully grown adult giraffe.

Humans have also used other means to create poison arrows, such as certain plants, venomous lizards, and poison dart frogs.

Researchers had previously found proof of ricin that was discovered on 24,000-year-old wooden applicators that were unearthed in South Africa’s Border cave, but they believed that they were used much earlier than that. And recent studies have indicated that humans have indeed been using poison arrows for as long as 72,000 years.

Marlize Lombard, who is an archaeologist from the University of Johannesburg in South Africa, studied 128 bone-pointed arrows. She compared poison arrows to those that were non-poisonous and found that the ones that didn’t contain any poison needed to pierce the body much deeper in order to successfully kill the animal, while the ones that were coated with poison only needed to get through the skin and enter the bloodstream.

She then analyzed 306 bone-pointed arrows from the Late Stone Age and found that six of them that were found in Blombos Cave in South Africa dated back to between 72,000 and 80,000 years ago with three of them containing poison arrowheads. 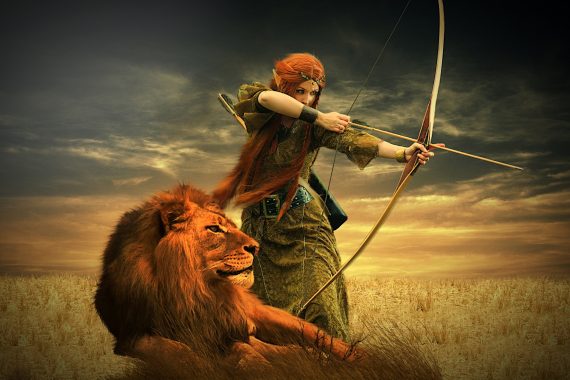 “One is smaller, which if used as an un-poisoned arrowhead would have been ineffective,” she wrote, adding, “When dealing with the human past, numbers alone can seldom reveal the nuances necessary for a deep understanding of techno-behaviors – for that a measure of qualitative assessment and interpretation is required.”

Another one of the bone points that was discovered at Klasies River Mouth in South Africa and estimated to be older than 60,000 years contained micro-cracks as well as black residue which indicates that poison or glue (or perhaps both) coated the points.

Lombard’s research was published in the Journal of Archaeological Science: Reports and can be read in full here.

The Mysterious Death of the Unknown Hiker From Nowhere