Look, I want to believe that there are creatures hiding in our woods that is known to most of us as Bigfoot – I really do. I promote the Bigfoot museums and organizations. I scan the news for hard evidence every day. I try to bring some of the best stories to our audience and I hope that the increased interest in using Bigfoot in TV commercials, real estate listings and the like are a sign that the big hairy cryptid is gaining acceptance. I encourage people to get outdoors (socially-distanced, of course), go in the woods and look and listen for evidence yourselves. In that spirit, I give to you the story of a Bigfoot researcher in Nebraska who claims an American flag found torn and braided in a local cemetery was not ripped by weather, age or vandals – it was shredded by an innocent young Bigfoot so that it could braid the pieces together, something that some people believe – including this Nebraska researcher – that Bigfoot does with horse manes. 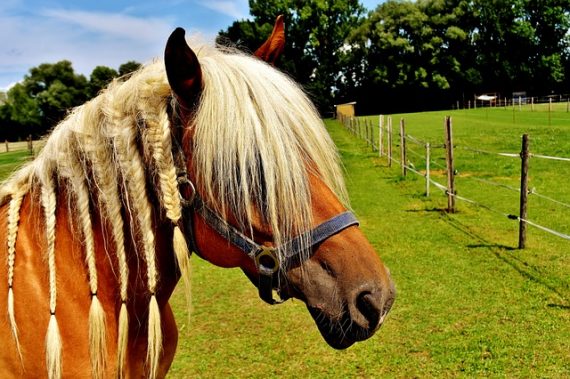 “If you look right here, there's a knot. A perfect knot right there.”

The Columbus Banner-Press and its website, Columbustelegram.com, have been following the story of the torn flag found in in the Garrison Cemetery over the past Memorial Day weekend. The cemetery is in David City, Butler County, which holds an annual Flag Day (June 14) ceremony where veterans help destroy old flags. Because the weather was too windy for a fire, this one was preserved and the Banner-Press included its unusual braiding in a story. That caught the eye of Harriet McFeely, who heard it was at the Hruska Memorial Public Library and came to examine it recently with Jim Daro, the owner of the flag who brought it to the cemetery annually on Veteran’s Day and Memorial Day. (Pictures of her and the flag here.) McFeely took one look and said:

“They tie the knots with their fingers. There are two things to think about. First of all, they have kids and guess how big their fingers are when kids – they’re littler than mine. I know some men that crochet. If you learned that when you were 7-years-old, it wouldn't matter if you're your size or bigger. Once you learn how to do that, you know how to do it.” 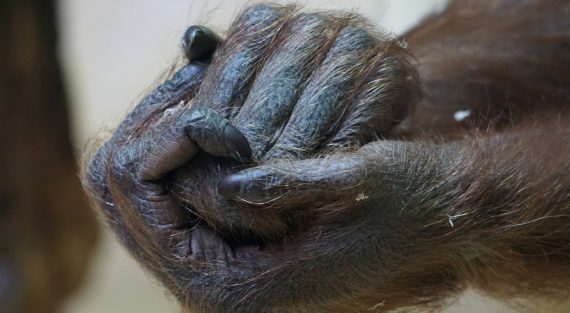 Before you scoff, Harriet McFeely is a Bigfoot researcher and owner of the Nebraska Bigfoot Crossroads of America, a museum and research center in Hastings, about 100 miles from David City. She’s so convinced the braiding of the flag was done by a Bigfoot – she claims she’s also seen mysterious braids in a horse’s mane that were allegedly made by one – that she is putting the flag on display at her museum.

There have been other reports of strange braids showing up in the manes of horses in areas that have had Bigfoot sightings, so it’s easy to connect the dots. However, not all Bigfoot researchers agree. The LordCryptid YouTube channel is run by someone with an interest in cryptids and especially Bigfoot, and he appears to have been associated with the Michigan Bigfoot Research Organization when he posted an alternative explanation back in 2014. (Watch it here.)

“It seems like many cases of braiding may be caused by horses grooming themselves.”

Yes, horses – like other hairy mammals, including humans – like to groom each other (yes, we know they don’t have fingers – they use their mouths) and LordCryptid talked to owners who had seen this occur and found tiny braids in their manes afterwards.

Why would a Bigfoot braid horse manes? Probably for the same reason humans do – it’s relaxing and the horses seem to kike it. Would they like it if a strange Bigfoot walked up and grabbed a hunk of mane? Even Lord Cryptid has a hard time buying that. And why would a Bigfoot braid a shredded flag? That’s a pretty remote dot to connect to mane-braiding. Loose things tend to get tangled together naturally – there’s a whole body of research on how cords get tangled – and anyone with a child with long hair knows how quickly it gets tangled for no apparent reason.

Could wind and random movement have tangled the Garrison Cemetery flag? Sure, but a young Bigfoot learning to braid is a more interesting story, isn’t it?

I still want to believe.

A Strange and Sinister Story From London’s Underground