“Because Americans suddenly came back to this topic, it is difficult to say for sure. But every now and then this topic always comes up. About a year ago, Trump announced that they were considering such unidentified phenomena and should systematize them. Now, perhaps, this is due to some political events, which it would be good to draw the attention of our citizens and the world community, and at the same time receive some dividends ...”

“This topic” is UFO investigations and the alleged speaker is said to be Brigadier General Vladimir Popov, the head of the Federal Aerospace Search and Rescue Directorate of the Russian Federation's Ministry of Defense. A long statement apparently about the most recent announcement that the Pentagon has officially set up a new task force to investigate UFOs and UAPs is given as the reason for this alleged statement that appears to have started at the Soulask.com website. , although Ovnihoje.com has a longer quote. The numerous qualifications on this explanation are necessary because, although Brigadier General Vladimir Popov is a real person and appears to hold that title, no other source was found for this quote, so we don’t know if it’s real, where it was given, who the audience was, etc. However, its content warrants a look and some speculation anyway. 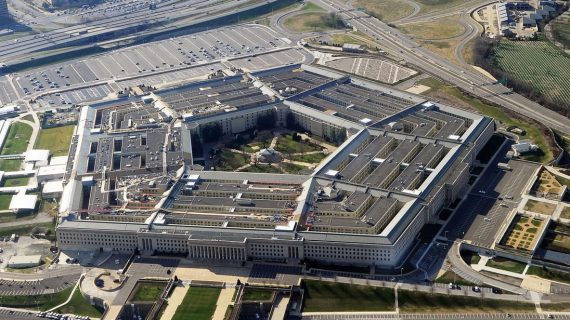 “I do not exclude the possibility that the topic of UFOs will give the American military the opportunity to expand secret intelligence. Hidden behind the study of UFOs, already in the post-war years and especially in the 60-70 years of the last century, the Americans carried out active intelligence activities.”

The quote proposes that the rennet announcement was politically driven by both the current presidential campaign and the desire to generate a smoke screen to cover up possible ulterior motives by the U.S. military, specifically …

“It is quite possible that the Pentagon, under the guise of "UFO research", will place secret intelligence facilities somewhere in Norway, Poland, Lithuania, Latvia or Estonia. In short, closer to our borders. I don't know what to say about UFOs, but the Pentagon probably wouldn't mind watching our new hypersonic missiles.”

The general seems to be boasting about Russia’s new missiles and alleges the Pentagon hide intelligence operations inside UFO investigations. That’s certainly plausible. In fact, so far the alleged statement makes sense as a cynical, propaganda-ish response to the Pentagon announcement. However, this section which seems to refer to the Roswell incident is … well, read it for yourself.

“That is why we have always been cautious about UFO claims. As a rule, it was later discovered that the "alien apparatus" was a huge balloon probe with all kinds of spy equipment. We weren't even ready to talk about it at that time, and the Americans had already launched these devices. We used to slaughter them and get information about them.”

“Slaughter them” sounds like a Soviet-era boast, but the Roswell incident was during that regime so a boast that the USSR “slaughtered” US balloons to get information about them seems plausible as well. At the end, the statement sounds like it was made in response to demands by the Russian people to reveal what the Russian military is doing, now that the Pentagon revealed it’s investigating UFOs (again).

“I don't think that today we would need to create a UFO structure like the one Americans claim. We designed the scheme to study incomprehensible objects in principle. All information of this type is taken into account by our command posts and on-call services. It is fixed and transmitted upwards. But as it is studied further, it is no longer so much about the military, but about scientists.”

Oooh, a response to the Russian public plus a dig at the Americans that the Russian government is more concerned about scientists than the military. If this is indeed a response to a Russian public request for UFO disclosure, then it sounds real. It would help if there was a Russian press release or media site to confirm it, but that may pop up soon. In the meantime, it’s interesting to ponder their viewpoint that the Pentagon announcement is both a political ploy and a military smokescreen to cover up spy operations.

Is the UFO field becoming too political to get anything done?

The Mysterious Atlantis of Japan