Secrets of the Underground: Monsters, Conspiracies and More

Last Saturday night I was on the TV show The UnXplained. The title of the episode: "The Underground World." One of the reasons why I agreed to be on the show was because I have a long-lasting interest in the likes of caves, caverns, "underground bases" and so on. That interest was prompted by my dad. After he finished his three years of Conscription (National Service, as it was known in the U.K. at the time) in the U.K.'s Royal Air Force, he returned to his regular job as a carpenter, and retiring at 65. One of his jobs as a carpenter has a bearing on the matter of this article. The photo below shows my dad pointing at one of a number of large, thick, tall doors at the Chase Leisure Center in the town of Cannock, Staffordshire, England, which has since been dramatically refurbished (this photo, below, showing my dad, was taken back in the summer of 2000). You may well wonder, why on earth would the below-ground level of the center – which is dedicated to providing the people of Cannock access to exercise machines, a swimming pool, etc. – need such vast and powerful doors made of solid, thick wood and metal? They look like they might be able to withstand an earth-shattering explosion, right? Yes, that is exactly what they look like! They are blast-doors. It was a little-known secret for many years that in the event of a Third World War (or some other huge disaster) the below-ground level of the facility would be quickly converted into an emergency "command room." Thankfully, it was never needed. But, it demonstrates how a secret can be hidden - underground - right in front of the eyes of people. 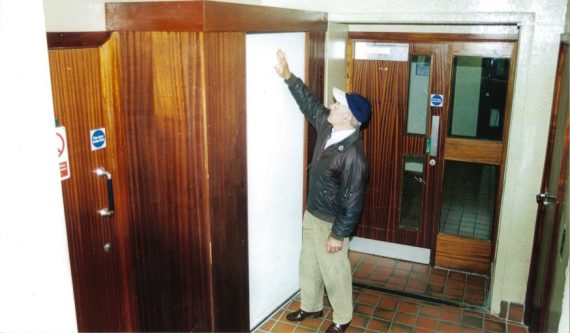 Now, let's move onto something very different: the Chupacabra. Back in 2004, I flew out to Puerto Rico with a crew from the SyFy Channel's Proof Positive show. We were there to search for the near-legendary Chupacabra. During our week on Puerto Rico, we heard rumors of the creatures living deep underground. So, the plan was to check out some of those same underground areas. It was around noon when we arrived at the planned location. It was an impressively-sized cavern filled with numerous, smaller, cave-like offshoots that extended into the huge, green hillside that dominated the amazing scenery. Mysterious caves, angular shadows, lush foliage, the potential for something unspeakable to be hiding in the darkness, and an absolute multitude of bats hanging directly from the ceiling above us were all the order of the day. I managed to get into one of the smaller caves; it dropped to a significant amount and  led down to a level of what I would think was about sixty or seventy feet. There was no Chupacabra, but there was a great view of a portion of Puerto Rico's underworld.

On top of that, there was a rumor of vast, cavernous, underground tunnels deep below Roosevelt Roads, a now-closed military base on Puerto Rico. When the U.S. Navy said it’s goodbyes in 2004 - so the rumor went - something terrifying was left behind and was soon on the loose in those dark tunnels, something that had escaped from its confines: a violent pack of chupacabra. Of course, this could easily have been the Puerto Rican equivalent of the United States' "Hangar 18" (said to have once been a secret, underground facility where dead aliens were held). Whatever the truth, it was cool to check out both the story and the area. Yet again, there was that underground aspect that got me fired up. 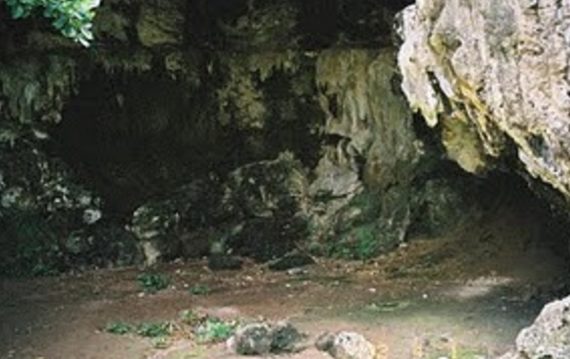 Returning back to the U.K., in 2008, the now-defunct Staffordshire, England, newspaper, the local media stated: "A tribe of subterranean creatures who surface on Cannock Chase to hunt for food could be behind a rash of 'werewolf' and Bigfoot sightings near Stafford. And the mysterious beings could also be responsible for a string of pet disappearances, it has been claimed." Newspaper staff continued: "Theories behind the sightings range from a crazed tramp to aliens. But now another paranormal expert has put forward the theory the sub-human beast is not a werewolf at all – but a Stone Age throwback. The investigator, who wishes to remain anonymous, told us: 'Strange sightings in this area have been made over many years by civilians, military, police, ex-police and scout leaders on patrol. Some incidents have been reported and logged but others not: some people don’t want to be classed as mad.'"

The media elaborated further: "The strangest rumor has come from a senior local resident who believes the mysterious intruders to be subterranean. He told us: ‘The creatures have made their way to the surface via old earthworks to hunt, for example, local deer.' And, on the surface (no pun intended!), the far-fetched tale could have easily been dismissed." However, the Post’s source added: "It’s a fact that there has been significant mining activity under Cannock Chase for centuries." That there are extensive old mines below Cannock Chase is absolutely true. But, strange, monstrous beasts living within them? Like the Chase Post, I have heard of such stories, but, so far, they remain exactly that: stories. Moving on...

Longstanding rumors suggest that a vast underground alien base exists within, and far below, a massive mesa at Dulce, Rio Arriba County, New Mexico. Interestingly, we can prove there has been a wealth of weird activity in the area. For example, the FBI has officially declassified a large file on cattle-mutilations in and around Dulce, spanning the mid to late 1970s. And, on December 10, 1967, the Atomic Energy Commission (AEC) detonated a 29-kiloton-yield nuclear device 4,240 feet below ground-level not far away, in an attempt to provoke the release and, as a direct consequence, production of natural gas. Thus was born Gasbuggy: a program of an overall project known as Operation Plowshare, which, ostensibly, was designed to explore the peaceful uses of atomic-energy. I went to Dulce once, but saw absolutely nothing of an unusual or unexplained nature. But, I tried! And, I'll continue to look into the matter of what is going on far below our feet...

Poison Arrows Have Been Used By Humans For Over 70,000 Years