It's one thing to see strange creatures in lakes, oceans, forests and caves. But, what about their odd links to trains and rail-tracks? Yeah, I know it sounds totally bizarre, but read on. There are more than a few cases on-file that seem to suggest there are connections between monsters and train-tracks. In no particular order, let's take a look at a few such cases. Midway through 1972, Defiance, Ohio became what can only be termed "Werewolf Central." Over the course of a hysteria-filled two months – from July through August – sightings of a rampaging, hair-covered man-beast, with a pronounced muzzle and dressed in rags, were made. The local media quickly picked up on the sinister saga, as did the town’s police, who even opened an official file on Defiance’s Dogman-like thing. To say that Defiance was gripped by terror would not be an understatement. Many of the sightings of the creature were made around a series of old railroad tracks, and usually late at night. 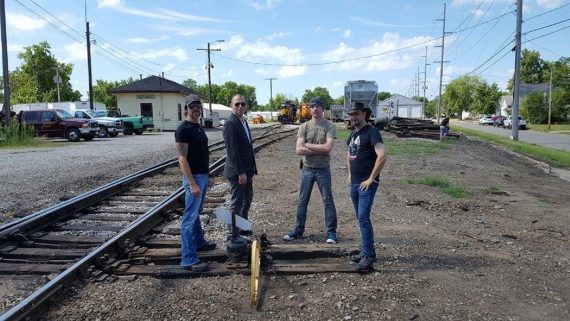 Moving on, there's the Beaman Monster of Kansas City, Missouri. Close to Beaman is the city of Sedalia, where, allegedly, in 1904, a train crashed in the vicinity, and which just happened to be carrying a large number of circus animals, including a mighty gorilla that stood twelve feet tall! Of course, the fact that gorillas don’t grow anywhere near twelve feet in height did not stop the legend from developing suggesting they do! The descendants of this Goliath-like animal (and, presumably, a similar escapee of the opposite sex) are, locals conclude, today’s man-monsters of Beaman. Then, on January 28, 1921, an article, titled Chase Gorilla to Mountains, appeared in the pages of the Gettysburg, Pennsylvania, USA Times. In part, it stated: "'Gorilla' warfare which was started last week in the vicinity of Idaville, when Adams County residents, well armed, pursued what is believed to be an animal that escaped from a circus car when it was wrecked, not long ago, was renewed by citizens of Rouzerville Wednesday night when an armed posse scoured the Blue Ridge slopes in the hope of getting a shot at the beast." No-one should be surprised to learn that the beast of Idaville seemed to be wholly impervious to bullets, skillfully evaded each and every pursuer on each and every occasion, and finally made good its escape forever. moving on...

Could there be a reason as to why strange creatures often seem to pop up in the vicinity of railroad tracks? It may seem like a weird question to ask, but bear with me. In her excellent 2006 book, Mystery Big Cats, author Merrily Harpur writes of liminal zones. She says: "These are the transitional zones between one area and another – the kind of no-man’s-land traditionally regarded as magical.” Merrily adds of such liminal zones that, "In the landscape they include streams, bridges, stiles, gates and churchyards – spots literally or symbolically at the point of transition over a boundary." Maybe we should add railroad tracks to the list. Keep that in mind as we take a look at yet another case. It was a story that surfaced in 1884; a story which, if true, suggested something deeply strange was afoot in Yale, British Columbia. 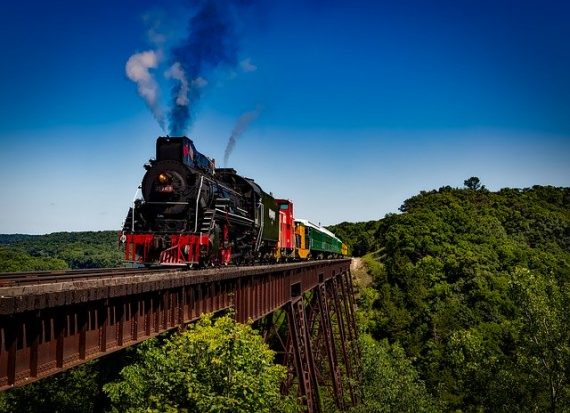 On Independence Day 1884, the Colonist newspaper published a story titled: What is it? A strange creature captured above Yale. A British Columbia Gorilla. Supposedly, the curious creature had been caught on June 30 and held in a nearby jail. The startling saga began: "In the immediate vicinity of No. 4 tunnel, situated some twenty miles above this village, are bluffs of rock which have hitherto been unsurmountable, but on Monday morning last were successfully scaled by Mr. Onderdonk’s employees on the regular train from Lytton. Assisted by Mr. Costerton, the British Columbia Express Company’s messenger, and a number of gentlemen from Lytton and points east of that place who, after considerable trouble and perilous climbing, succeeded in capturing a creature which may truly be called half man and half beast."

The story continued: "Ned Austin, the engineer, on coming in sight of the bluff at the eastern end of the No. 4 tunnel saw what he supposed to be a man lying asleep in close proximity to the track, and as quick as thought blew the signal to apply the brakes. The brakes were instantly applied, and in a few seconds the train was brought to a standstill. At this moment the supposed man sprang up, and uttering a sharp quick bark began to climb the steep bluff. Conductor R.J. Craig and Express Messenger Costerton, followed by the baggage man and brakemen, jumped from the train and knowing they were some twenty minutes ahead of time immediately gave chase." It didn't take long to capture the creature. The story continues: "The query now was how to capture him alive, which was quickly decided by Mr. Craig, who crawled on his hands and knees until he was about forty feet above the creature. Taking a small piece of loose rock he let it fall and it had the desired effect of rendering poor Jacko incapable of resistance for a time at least."  A legend was born.

The newspaper told its no doubt amazed readers that Jacko “…has long, black, strong hair and resembles a human being with one exception, his entire body, excepting his hands, (or paws) and feet are covered with glossy hair about an inch long. His fore arm is much longer than a man’s fore arm, and he possesses extraordinary strength, as he will take hold of a stick and break it by wrenching or twisting it, which no man living could break in the same way." A juvenile Bigfoot? An ape? A hoax? The questions are many. In light of all the above, the next time you take a trip on a train, keep an eye out of the window. You just might see something very strange.

Strange Cases of Modern Encounters with the Wendigo