With the number of space telescopes in orbit and arrays on the ground increasing in number and power, discoveries of new phenomena or new data about old phenomena are becoming commonplace, so a good sign that something is a big deal is when astronomers can’t stop talking or writing about it. That’s the case with SGR 1935+2154, a discovery that checks off multiple items on the 'this is big' list: neutron star, magnetar, fast radio bursts and located in the Milky Way. The press release for a new study published in The Astrophysical Journal Letters shows just how excited astronomers are.

“A global collaboration of telescopes including ESA’s Integral high-energy space observatory has detected a unique mix of radiation bursting from a dead star in our galaxy — something that has never been seen before in this type of star, and may solve a long-standing cosmic mystery.” 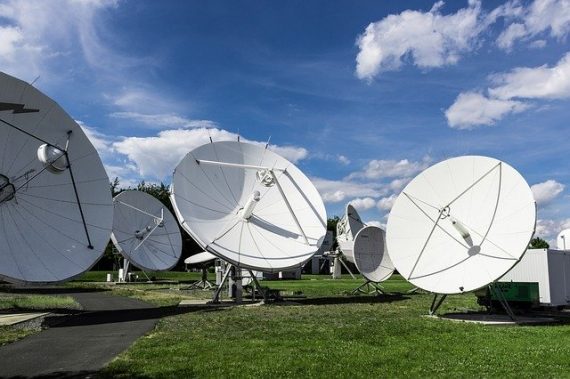 Sandro Mereghetti of the National Institute for Astrophysics in Milan, Italy, and lead author of the study, says the fast radio bursts were detected on April 28, 2020, coming from the direction of SGR 1935+2154 – a known neutron (dead) star in the Milky Way that was recently identified as a magnetar because of its unusually strong (for a dead star) magnetic field. Word spread quickly and the FRB was also confirmed by astronomers using the Survey for Transient Astronomical Radio Emission 2 (STARE2) in the US, the ESA’s Spectrometer on Integral (SPI) and China’s Insight Hard X-ray Modulation Telescope (HXMT). Analysis of the data from all of the telescopes was combined into the study which finally pinpointed the source of the FRB as the magnetar SGR 1935+2154 just 30,000 light years from Earth in the Milky Way – and came close enough for government work to solving the mystery of where fast radio burst originate. It’s not aliens.

“Crucially, the IBIS imager on Integral allowed us to precisely pinpoint the origin of the burst, nailing its association with the magnetar.”

“This is the first ever observational connection between magnetars and Fast Radio Bursts.”

Secrets of the Underground: Monsters, Conspiracies and More