Taking a Look at Robots of the Extraterrestrial Kind

When we think of aliens, we tend to think of biological creatures. But, what about extraterrestrial robots? There are a number of such cases on record. Gareth Medway says: "The Christiansen family of Wildwood, New Jersey, who had seen a UFO on 22 November 1966, were interviewed by 'the strangest looking man I’ve ever seen,' wearing a thin black coat, who introduced himself as 'Tiny' from the 'Missing Heirs Bureau.' He spoke in a high, '‘tinny' voice, in clipped words and phrases like a computer, 'as if he were reciting everything from memory.' His black trousers were too short, and 'they could see a long thick green wire attached to the inside of his leg, it came up out of his socks and disappeared under his trousers' John Keel commented that he had not heard of this feature in other MIB cases: 'Was Tiny wearing electric socks? Or was he a wired android operated by remote control?' [italics mine]. He departed in a black 1963 Cadillac."

In the summer of 1997, one of the most controversial UFO-themed books ever written was published. Its title: The Day After Roswell. Ghosted by William Birnes, the editor of the now-defunct UFO Magazine and of History Channel’s also defunct UFO Hunters, the book tells the story of one Philip Corso. Specifically, Lieutenant Colonel. Philip J. Corso. U.S. Army. Corso’s story was both amazing and groundbreaking. But, was it true? While some in the field of Ufology embraced the story, many certainly did not, preferring instead to view the book as either government disinformation – intended to confuse the truth of what really happened at Roswell, New Mexico back in the summer of 1947 – or nothing more than an elaborate and ingenious hoax. 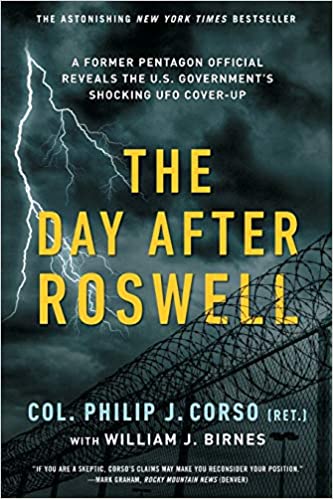 Contrary to what the UFO community said or assumed, Corso never explicitly stated that the Roswell corpses were extraterrestrial. In fact, what he really said was quite the opposite. In Corso's story the so-called "Grey aliens" are actually created, built, or grown to perform specific tasks. As for the creators of the Greys, it was they, Corso maintained, who were the real aliens. Corso also said that, as far as he was aware, no-one has ever seen the real aliens, only ever their black-eyed, large-headed worker-drones. William Birnes said that Corso described the Greys as "…an android or biological robot [italics mine]. "The entities " had no digestive system whatsoever" and were "connected electronically to the navigation controls of the spacecraft."

One of the most intriguing, but also baffling, UFO encounters occurred in Scotland on November 9, 1979, at around 1o:39 a.m. The Telegraph newspaper stated: "...Robert Taylor, a Scottish forestry worker employed by the Livingston Development Corporation, parked his truck at the bottom of Dechmont Law and took his red setter for a walk up the hill. By his account, as he emerged into a clearing he came across a strange metal sphere about 20 ft across 'like a spaceship, a huge flying dome.' It appeared to be made from a dark metallic material with a rough texture like sandpaper." The BBC stated: "[Taylor] told how two-spiked spheres then rolled out towards him and, as he passed out, he was aware of being grabbed on either side of his legs. Mr Taylor woke up in a disheveled state 20 minutes later...After the spiked objects rushed out and tried to grab hold of him, all he could remember was a strong smell of burning. When he came to, the clearing was empty, apart from a pattern of deep regular marks on the ground. He went to his van but was so shaken he drove it into a ditch and had to stagger home in 'a dazed condition." Were those spiked spheres actually robots, dispatched to perform a specific task? Maybe so. Finally... 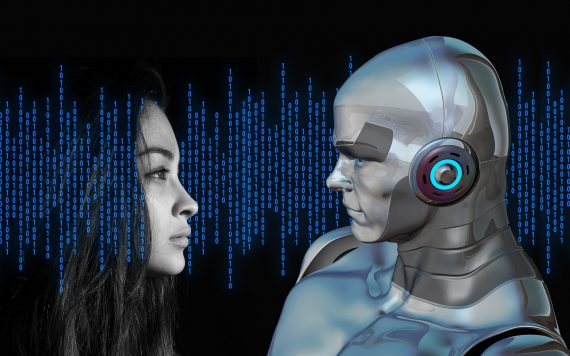 It was late one night, at some point in the latter part of 1956, said "John Hanks," when he came face to face with a strange creature in Falls City, Richardson County, Nebraska. He was confronted by a creature in excess of nine feet in height, one that was humanoid in shape, but which most certainly could never be termed a member of the human race. That much, at least, we can ascertain from Hanks’ description. Ken Gerhard says, with a great deal of justification, that "[Hanks'] description of the creature sounds reminiscent of something out of an H.P. Lovecraft story." Ken is not wrong. In fact, he is right on target. Hanks’ nightmarish thing had a pair of fifteen-foot-wide wings that, rather oddly, appeared to be made of bright, shining, aluminum! Not only that, the wings appeared to be strapped to the creature; almost grafted onto its body in definitive cyborg-style [italics mine].