Taking a Look at Time-Travel, Part 1

From 2000 to 2001, the world of conspiracy-theorizing was rocked when someone using the name of John Titor came forward, claiming to be a time-traveler from the future, specifically from 2036. Such was the fascination with Titor’s story, conspiracy researchers took deep notice of what he had to say, to the point that what began as an interesting series of claims quickly became a veritable phenomenon. But, was Titor all that he claimed to be? Was his story of being a member of the U.S. military true? Was he really a man from the future? Or, was the whole thing a strange hoax? Before we get to the matter of answering those questions, let’s first take a look at the history of time-travel in both reality and fiction.

Tales of fictional time-traveling heroes and strange futures aside, what of the real world? Is it possible that one day we might travel through time in much the same way that today we hop on a plane to take our yearly vacation? "Time travel is not theoretically possible, for if it was they’d already be here telling us about it," Professor Stephen Hawking famously said a number of years ago. And even if time-travel did one day become a possibility, it would be beset by major problems, as Hawking noted: "Suppose it were possible to go off in a rocket ship, and come back before you set off. What would stop you blowing up the rocket on its launch pad, or otherwise preventing you from setting out in the first place? There are other versions of this paradox, like going back and killing your parents before you were born." 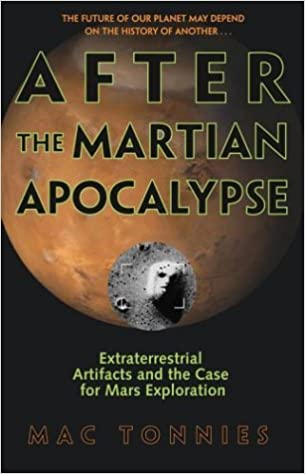 Mac Tonnies, the late author of the book After the Martian Apocalypse, which is a study of the controversial "Face on Mars" mystery, believed he had the answer to the potential problems cited by Hawking: "Stephen Hawking condemned time travel because, in his opinion, it should enable a constant stream of visitors from our own future. He assumes, perhaps unwisely, that we'd be aware of these visitors, when in truth it's remarkably easy to think of reasons our ancestors might choose not to visit at all."  Tonnies continued: "Other physicists are at work refuting the paradox of going back in time and killing your parents before you are born. If they're right, a time traveler from the future could interact with others, including his or her past self, so long as no action was taken that would endanger the traveler's own continued existence. It's difficult to visualize how this might work, although the idea makes logical sense.  Maybe the best analogy would be a physical system that relies on a principle of least action, such as a ball rolling inexorably downhill."

Tonnies further noted: "The fascinating upshot of this is that there's a chance we're indeed being visited by advanced beings from our own future, but their interactions with us would be necessarily limited lest they doom themselves to nonexistence." Tonnies also wonders if the many UFO sightings that have been reported for decades may not be due to the actions of aliens from the other side of the galaxy, but the result of time-traveling humans masquerading as ET to keep secret their real point of origin. "If time travel is possible," said Tonnies, "the behavior of UFOs may be at least partially explained: formal contact with us would result in a causality violation of some sort, so they must remain content with maintaining their presence behind a curtain of subterfuge."

If we are indeed being visited by time-travelers from the future, then surely the biggest question is: how are they getting here? One possibility is by what is known in physics as wormholes, a term coined in 1957 by theoretical physicist John Wheeler. The wormhole is basically a shortcut through both space and time; and although firm evidence for the existence of these so-called "time-tunnels" has not yet been firmly proven, they do not fall outside of the boundaries presented in Einstein’s theory of general relativity. Indeed, in 1988, Kip Thorne, a gravitational theorist at Cal-Tech demonstrated that wormholes, if they existed, could be kept open by using what is known as Casimir Energy, or exotic matter. The Casimir Effect is based upon a force that is exerted as a result of the energy fields that exist in the space between objects. And, of course, if such exotic matter could be harnessed and controlled, then for our time-traveler of the future, taking a trip into the past via a wormhole may be relatively commonplace. 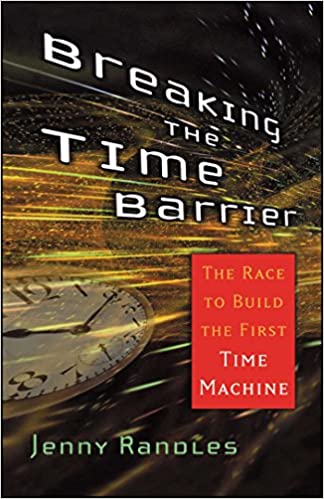 Jenny Randles, the author of a number of books on time-travel, including Breaking the Time Barrier, Time Storms, and Time Travel: Fact, Fiction & Possibility, offers a cautionary view on traveling through time: "The ability to manipulate time would provide a dictator with the ultimate doomsday device: allowing one to change the past or adapt the future until it suited his or her own ends." And as Randles perceptively notes: "Human society will face many difficult questions when that first time machine is switched on. Like the first moon landing, the discovery of time travel will change our world." The idea of time-travel fascinates us because it offers us the possibility, however remote, of revisiting and recapturing a moment from our youth: the very first time we got laid, the day we bought our first car, that special night when we first got the chance to chug down a long, cold one. And, if time-travelers from our future are secretly visiting us already, as Mac Tonnies suggests as a possibility, at least it shows we have a future!

In part 2 we'll take a look at an alleged case of time-travel in the real world: the wild story of John Titor.

Earliest Evidence Of Human Cremation In The Near East Occurred 9,000 Years Ago