The Chupacabra is Getting Its Own Netflix Movie

If I can make it there
I'm gonna make it anywhere
It's up to you, Netflix
Netflix

With apologies to composer John Kander, lyricist Fred Ebb and singers Liza Minnelli and the late Frank Sinatra, if their iconic song, "Theme from New York, New York," were recorded today, Netflix would be the place where careers are made – on the streaming service that never lets anyone sleep. Which means that the Chupacabra is about to make it … it was announced this week that Chris Columbus is producing a new film for Netflix and 26th Street Pictures based on an encounter with a Chupacabra. Bloody horror flick, terrifying monster movie or something else?

“The film follows a teenager, who while visiting his family in Mexico, gains an unlikely companion when he discovers a young chupacabra hiding in his grandpa’s shed. In order to save the mythical creature, Alex and his cousins must embark on the adventure of a lifetime.”

Uh-oh. According to that description in Deadline, it sounds like a ‘something else’ – a family movie. The yet-unnamed film will be directed and rewritten (based on the original script by Marcus Rinehart, Sean Kennedy Moore and Joe Barnathan) by Jonas Cuarón – you may remember him as the co-writer (with his father Alfonso Cuarón) of “Gravity.” Columbus, of course, is the director of the “Home Alone” movies, “Mrs. Doubtfire,” “Lost in Babysitting” and three Harry Potter movies. The first three may explain why this Chupacabra movie will be geared towards family viewing, although one would hope it brings in some of the fright factor and scary villains like the Harry Potter franchise.

“26th Street signed a first-look deal in 2018 with Netflix and is currently in post-production on The Christmas Chronicles 2, which Columbus is also directing, and will be released on Netflix later this year.” 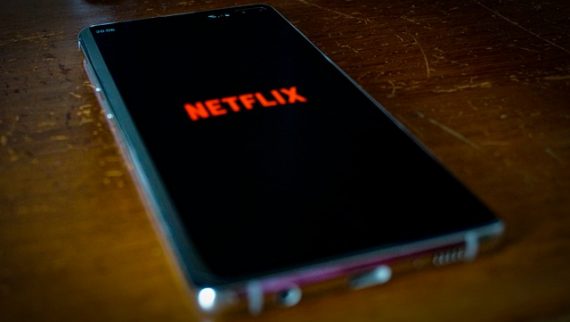 Then again … maybe Columbus has left the dark side for the dork side. That would be too bad because the Chupacabra is due for a good movie role. While the X-Files gave it an exciting episode in season four (“El Mundo Gira”), the last best feature film was 2005’s “Chupacabra Terror” starring John Rhys-Davies. Others not as well-known or well-received include “Goatsucker,” “Rise of the Chupacabras,” “Mexican Werewolf in Texas,” “Chupacabra” and “Indigenous.” After reviewing that list, maybe it’s time for the Chupacabra to get the “Harry and the Hendersons” treatment – especially if the producers want to sell cute little stuffed Chupacabras, Chupacabra action figures and Chupacabra stretch pants.