“The Land of the Young” Where “Aging Was None-Existent”

Accounts of magic beasts and dangerous creatures abound in Scotland. Take, for example, the legendary Kelpies of Scotland. They are said to be evil shape-shifters that can take on the forms of a beautiful woman, and a large horse. There's nothing inviting about the Kelpies, however: their goal is to deceive the wary and drag them into the depths of lakes, lochs and bogs. It should be noted, however, that Scotland is hardly alone. All of which brings me to the theme of today's article: Lough Leane, Ireland. It too has a tale attached to it that has intriguing parallels with the Kelpie of Scotland. Before we get to the story, here's a bit of information on the area: "Ross Castle, built on the shores of Lough Leane, is a fine example of a 15th Century stone tower house. It was home to the Chieftan O’Donoghue Mór and the castle was one of the last Gaelic strongholds in Ireland. Control and ownership of the castle was contested throughout the 17th and early 18th Centuries by the Gaelic Irish, Cromwellian forces, Jacobite and Williamite supporters. A garrison of troops were billeted at the barracks attached to the castle during the 17th and 18th Centuries. Ross Castle was ultimately the property of the Browne’s until 1956 and this historic structure was generously donated to the Republic of Ireland by John and Mary McShain in 1970. It has been open to the public since it’s restoration in 1990." 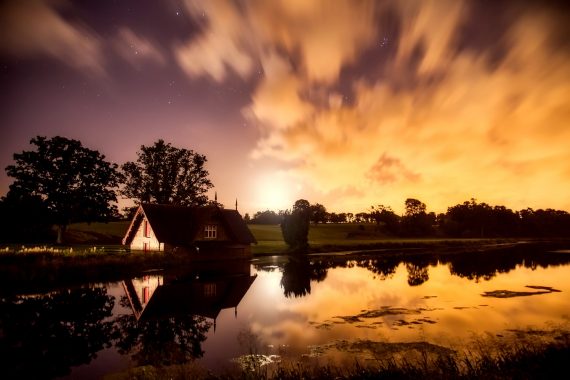 There's also this: "The famous Lakes of Killarney consists of three lakes: Upper Lake, Middle Lake (Muckross Lake) and Lower Lake (Lough Leane) and they represent one of the most scenic tourist attractions in Ireland. The Lakes of Killarney have been renowned for their beauty for centuries. They consist of three lakes – Lough Leane, Muckross Lake also known as the Middle Lake and Upper Lake as situated near Killarney, County Kerry. The area around the lakes itself is rich in both natural and cultural history. On the shores lie Ross Castle, Muckross Abbey and Muckross House. On Lough Leane is Innisfallen Island. The lakes and the mountains that surround them are all within the boundaries of Killarney National Park. The 10,236 hectare reserve is one of the most biodiverse areas in Ireland being home to ancient oak woodlands, herds of native red deer (Cervus elaphus) and white tailed sea eagles (Haliaeetus albicilla)."

It’s notable that Lough Leane has a curious legend attached to it. Centuries-old lore tells of a powerful warrior named Oison, of the Fianna clan, who, while hunting in the area of the lake, took a break at its shores. As he did so, a beautiful woman suddenly appeared amid the early morning, floating across the water in the direction of Fianna. Her name: Niamh Cinn Oir – or Niamh of the Golden Hair. She invited entranced Oison to come with her to her home, a land called Tir na N’ogm which translates as "the land of the young." As the name suggests, it was a magical realm where life was everlasting and aging was non-existent. Oison agreed to go and the two quickly fell in love. After three years, however, Oison wished to pay his old world a visit. 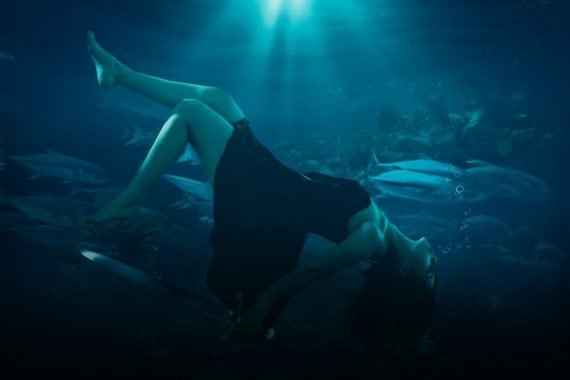 Niamh warned Oison not to return, but when she realized how adamant he was, she said: "Take my magical horse, but never get off the horse, or you will never be able to return to Tir na Nog." Oison nodded and agreed. On returning, Oison was shocked to see that while only three years had passed in the land of the young, three hundred years had passed in the world above. As for his friends and family, they were all dead; long dead. And the Fianna warriors were no more. Realizing that the world he knew was no longer existed, Oison decided to return to his beloved Niamh. As he motioned the horse to turn around, however, Oison fell to the ground; the stirrup having broken. As he hit the floor, Oison suddenly began to age and death quickly followed. In moments, there was nothing but bones and a few strands of clothing. After that, just dust. Oison was gone and Niamh was heartbroken.

Of course, this is just a legend of the type that can be found all across Ireland and Scotland. It should be noted, however, that the description of Niamh being a magical being who rose from the waters, and who rode a supernatural horse, gives rise to Kelpie-style imagery. The Kelpie, recall, being a creature that could shape-shift from a horse to a beautiful maiden and back again. This suggests that the story of Oison and Niamh may have been based on ancient sightings of Kelpies in Lough Leane.

(Note: Photos are not of Lough Leane. Photo at top is Kylemore Abbey in Connemara.)

“Mushball” Storms Are Happening On Jupiter