The Mysterious Death of Jason Chase

People seem to vanish into the wilds of the world all of the time, and sometimes they turn up dead with mysteries fluttering about them. The setting for this particular strange story is the majestic Ruahine Range, of the North Island of New Zealand. The largest range of the island, the mountains meander parallel with the east coast of the island between East Cape and Wellington, with the highest point being 1733 metres (5686 feet), at a mountain called Mangaweka, in the Hikurangi Range. It is an unspoiled, largely isolated swath of rough wilderness full of steep gorges and gullies, and it is here where a young man would suddenly vanish, only to turn up dead and become one of the biggest unsolved mysteries the country had ever seen.

In 2002, a 25-year-old Jason Chase was working as a sheep shearer in the Gisborne region of New Zealand’s north island, and on December 13 he left for a trip by car to go visit his parents in Dannevirke for the Christmas season. There would have been nothing at the time to concern anyone for his well-being, as Chase was a very healthy, fit individual who had no known health issues and been training for a bike race, and who also knew the region very well, but he would never arrive at his parents’ place. Since he had not given a specific date for his arrival it took some time for anyone to realize that he was missing, but when days went by with no word from the young man people began to worry. A massive search operation was mounted, but the missing man could not be located, with him seeming to have just vanished off the face of the earth with no trace along with his car.

It would not be until well into the search that his abandoned car would finally be found, just sort of left on the side of the road in the Tamaki Reserve, at the base of the Ruahine Range and just outside of his hometown of Dannevirke. It was very odd, because the car was fully functional, had gas, and Chase had not told anyone about taking any sort of camping trip or excursion. Considering the proximity to his destination, it almost seemed as if he had stopped the vehicle and gone out for some reason, but why? No one had a clue, and it would not be until January 3, 2003 that his fate would be determined, when his body was found, although this would create more questions than answers. Chase’s body was discovered on a dry, rocky river bed, laid out casually as if he had just decided to take a nap. His body was dressed, but he was oddly missing his shoes and socks, which could not be located. When authorities arrived, they could see no visible signs of injury, no blood, no obvious broken bones, no sign of a struggle or animal attack, and the whole scene was serene and very eerie to say the least. Indeed, he seemed just as healthy as ever, and it was almost as if he had just laid down and died for no reason. The body was subjected to an autopsy by pathologist Cynric Temple-Camp, who would say of it:

The police were right. This was certainly no murder scene. It looked peaceful. There had been no deadly struggle here, and I was sure he had died exactly on this spot. I could easily imagine him lying down here for the last time, making himself as comfortable as he could. I could find absolutely no evidence of any injuries or fractures. Jason was well nourished, and even had food in his stomach. Water was evidently not a problem, as he was well hydrated and there was urine in his bladder. There were two shallow ulcers in his duodenum. They hadn't been there long, maybe a few hours. These are stress ulcers, I decided. They develop very quickly and they point to a time of significant stress just before death, though they don't tell us what the stress was. Septicaemia, shock or severe injury can all do it. But I don't see any sign of any of those. I didn't know the cause of death. I knew many things that it was not: suicide, murder, injury, catastrophic medical diseases, poisons were all out. In Africa or Australia, I would have wondered about a snake bite, but that is one peril we thankfully do not face in New Zealand. But there had clearly been acute stress at the end. The weird ulcers in his duodenum told me so.

What was the meaning of these stress ulcers? There was also found no signs in his system of drugs, medications, or alcohol, and the time of death was estimated as being around 4 to 6 days prior to the discovery of the body, meaning that he was alive and well when the search was going on. Other than that, the exact cause of his death and the reason for why he had just stopped his car to go out to that creek bed and die without his shoes and socks were complete mysteries that baffled all of the experts. Making it all the stranger was just how pristine his clothes and body looked, as he didn’t seem to have been wandering about out in the wilderness for over a week, and even his bare feet were relatively in good condition, with no signs that he had spent long stumbling about the forest. This was certainly not the body of someone who had been lost in the wilds struggling to find his way out. Where had he been and what brought him to this end? Why hadn’t the extensive search operation found him? No one knew. 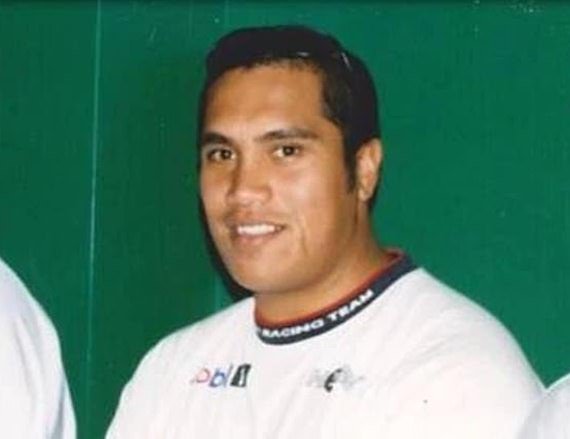 The mystery would remain for nearly two decades, until the original pathologist, Cynric Temple-Camp, would claim to have stumbled upon the answer. His epiphany came to him when he spoke to a colleague and friend by the name of John Coutts, who related a strange case of two young men who had a harrowing encounter in the same area back in 1961 after wandering through a patch of tree nettles native to the area called Urtica Ferox, which grow to up to 10 feet high and which are covered with stiff, stinging hairs that can administer a poison called triffydin. This toxin can have a variety of effects on the nervous system, such as convulsions, paralysis, and even death, and in the 1961 case one of the men had stopped to lie down and then been paralyzed completely. If it had not been for his friend, he would have likely died out there and been found looking like he had just decided to take a nap. The friend had managed to get him out of there, but he had then died in the hospital not long after from the effects of the poison. According to Coutts, there were plenty of reports of people passing through these nettles to become disoriented and confused, and he believed it might have had something to do with the Jason Chase case, especially since the toxin would not have shown up on toxicology reports at the time. Camp would say of this:

That was a surprise. The nettle danger was therefore known, at least locally, even though the country at large seemed to have forgotten. Mr. Chase had been staying at Tairawhiti but had decided to visit his family at Dannevirke. His car was found abandoned at Tamaki Reserve, just outside of his hometown. We found Jason in Nettle Gully. It's a hard way down and ringed by nettles and bloody difficult to get through. I reckoned he was coming back down home and chose the wrong gully. He meant to come down the one a bit further on but made a mistake.

As to where Chase had been in the meantime, it was speculated that he had made a shelter and mostly stayed safe and hidden, explaining the pristine shape of his body. But where were his shoes and socks, which were as a matter of fact never found? Why would he have disposed of those? Was that just another effect of the nettle’s toxin? It is not known for sure if this suspicion is correct, as there is no physical evidence that can conclusively point to triffydin poisoning. In the end we are left with rather bizarre case. What happened to Jason Chase? Why was he found weeks after he vanished without any signs of roughing it in the wild and without his shoes or socks, which have never been found? What brought him out here to begin with, and how did he manage to end up dead in a dry creek bed in such a peaceful state? Was this foul play, poison from nettles, or something else altogether? Whatever the case may be, it remains one of the weirdest strange and unsolved deaths in New Zealand history.

The Day a Geologist Stumbled on a Sleeping, Unknown Creature