The Roswell “UFO” Affair: Me, Sources, and the “Secret Experiment” Angle

As a follow-up to my previous article (titled "Dead Aliens or Dead Humans? From Roswell to Underground Bunkers") I have decided to put a few things straight regarding my Roswell research - mainly because I'm done with certain scum who seem determined to try and derail it (that will be the theme of another article soon). They have a big surprise coming for them. I've written two books on Roswell (Body Snatchers in the Desert in 2005 and, most recently, 2017's The Roswell UFO Conspiracy). In both of those books I concluded that aliens never crashed outside of Roswell in the summer of 1947. Rather, the Roswell legend was born out of a series of highly-classified experiments using human guinea-pigs, lifting-bodies, and huge balloon arrays. Time and again, I have heard (and particularly from the debunkers and the skeptics) words to these effect: "How come Nick Redfern got this story, but no one else did?" Well, the fact is that I'm actually not the only one who was given the story. In fact, quite the opposite. Let's take a look at the data at the heart of this article. Namely, and in reality, I was actually just one of many who got the real story of Roswell. I just happened to have been the one who chose to publish the story at length.

Back in the early 1990s (which was long before I was on the Roswell research scene), the late Karl Pflock (Ufologist and CIA employee) wrote: "Even if there were bodies - and I believe there were - they may not have been of unearthly origin. In which case, Roswell turns out to be a significant chapter in early Cold War history, akin to the currently unfolding disclosures about the U.S. government radiation experiments spawned in the same era." When we met in 2002, and had further chats, it was clear Karl knew much more about this angle of "experiments spawned" than met the eye. He was very careful, however, as to how far he was willing to go. Now, let's take a look at another aspect of all this. This gets further into the bodies angle, and the data given to me - and to others - concerning how some of the people secretly used in the experiments were Japanese.

Melvin E. Brown was a man who was stationed at the Roswell Army Air Field at the time of the mysterious crash in early July 1947. In an interview with Timothy Good, one of Brown's daughters - Beverly - made a very intriguing and revealing statement. She said the bodies her father saw back in 1947 "looked Asian [italics mine]," but had larger than normal heads and lacked any hair. There is also this from Beverly to Timothy Good: "They could have passed for Chinese [italics also mine]." As with the revelations from Karl Pflock (as well as the data he held back), the Good / Brown story was independent and had nothing to do with me. But, it fits in very nicely with the "secret experiment" angle of all this that I later chased down. It's one thing to say the bodies looked somewhat Asian; however, specifically stating the bodies which Melvin Brown saw "could have passed for Chinese" strongly suggests they were extremely human-looking. That's because they were. 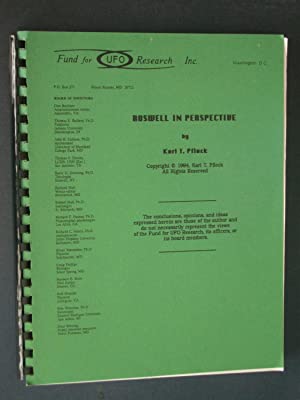 During the Second World War, Fort Stanton, New Mexico held a number of Japanese "internees." The fort is situated barely spitting distance from the Foster Ranch - which is where the wreckage and the bodies were found. Indeed, they are both in Lincoln County, New Mexico. Researcher and writer John A. Price received a letter from "an acquaintance" who he had known for some time. Price said: "In the letter he told me that the aliens I was looking for were at Fort Stanton." Price's source told him that at some undisclosed point: "There were some pretty deformed young men there, several of which could be of alien nature. We only went by what we were told; please don’t tell anyone. Mongoloid large heads, small ears, pin heads who could function and had shrill voices." Price took the story seriously, and mused on the possibility that the government may have grabbed handicapped people who had "no paper trail, no social security number, and no traceable family connections."

In 1990, UFO researcher Leonard Stringfield was given an intriguing story from a man named Timothy Cooper. According to Cooper, he had then recently met with a nurse who knew something of all this. In Cooper's own words: "She casually mentioned to me over coffee that 'bodies' were being flown to Los Alamos periodically from late 1945 to sometime in 1947. I asked her if she had seen these 'bodies' and she said no, but others had. I asked her where these 'bodies' were coming from. She said she did not know but it was rumored that they were human experiments for biological and nuclear medicine research. She thought they may have come from Japan after the war [italics mine]. I asked her why she thought that. She said that they were small bodies with deformed heads and limbs. The eyes were abnormally big, she was told. She did have some view of them in the morgue very briefly for a few minutes at some distance."

The story continues: "I asked her why she was allowed to be present at the autopsies. She told me that she was asked to assist in the preparation and cleanup. I asked her again about the bodies. She said they were being flown in on special transport planes equipped with refrigerator units to keep the bodies from decomposing. The flesh was badly burned and charred. There was no hair on the heads and had a grayish-yellow color. That’s all she knew." Interestingly, it wasn't long after this story reached Stringfield's eyes and ears that Cooper was suddenly fed - by shadowy characters - a large amount of highly controversial, and clearly bogus, documents. They were focused on dead aliens, wrecked UFOs, autopsies of ETs, and the mythical Majestic 12 group. Clearly, and quickly, someone was intent on diverting Cooper away from the human experimentation angle and equally intent on pushing him in the direction of bogus tales of crashed Flying Saucers. With so much controversy, Cooper eventually quit Ufology. That was very likely the goal of whoever it was that wanted Cooper derailed. Moving on... 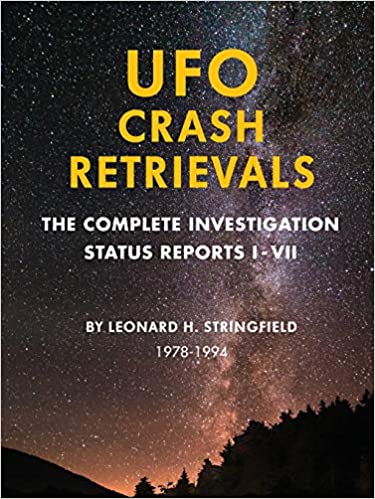 Months after Body Snatchers in the Desert was published in June 2005, I received an out-of-the-blue email from a well-respected Australian UFO researcher, Keith Basterfield. He said: "Months before the publication of Redfern's book, and six years before the release of Jacobsen's work, I heard a similar story, right here in Adelaide, South Australia." Keith, whose data came from a trusted source, added: "One night during one of these experiments with one of these craft an incident occurred. They had previously used monkeys and other animals such as pigs on board. Prisoners could volunteer for dangerous missions in return for early release but were not used in these experiments. Two to three live people were needed. The government got people with hydrocephalus - water on the brain - from a facility...They put these people in the craft - either the balloon ruptured early or blew off course and came down. Retrorockets went off and set fire to it. It landed and a farmer/rancher saw it and reported it. One of the humans on board was still alive. The authorities were very concerned that the rancher had hidden souvenirs from the wreckage. The balloons were of chrome plated cellophane to reflect the heat. The experiments were conduced at night so balloons would not explode in the daylight."

The late Kathy Kasten was a feisty and outspoken contributor to the now-defunct online discussion forum, UFO Updates. She was also a good friend. On August 7, 2012, Kathy died from a cardiac arrest. As far back as 2005, I had been corresponding with her on matters relative to Roswell and her suspicions that the incident had nothing to do with aliens, but everything to do with post-war experiments on human guinea-pigs. At the time of her death, Kathy was working on a full-length book on her theory – parts of which closely matched the findings I detailed in Body Snatchers in the Desert, which was encouraging. It was shortly after Kathy died that her family got in touch with me, as they had decided to donate to me all of Kathy’s research files, correspondence, and much more – and not just her Roswell-based material. Which was, of course, extremely generous of them. A week or so later, a large amount of files turned up on the doorstep, collectively contained in heavy cardboard boxes. To say there were thousands upon thousands of pages of material, dating back decades, would not be an exaggeration.

In Kathy’s files, and while going through them in 2013, I found something interesting written in a notepad – and which she had later turned into a Word document. It read: "My research has uncovered the fact that the American Government was testing many different types of aircraft at the time of the Roswell crash; some of it for the purpose of forming the basis for a future space program, and perhaps even one that involved American-Japanese ex-internees from a New Mexico detention camp." There's very little doubt Kathy was talking about Fort Stanton. Particularly notable is the fact that the date of Kathy's original note was March 23, 1992. This was, of course, long before the Japanese / secret experiment angle of Roswell was on the radar of almost no-one in Ufology. Certainly, my Body Snatchers in the Desert book would not be published for another thirteen years. We now know, however, that as far back as the 1990s, Kathy was pursuing a near-identical angle to the one I was exposed to in the early 2000s.

This is just the tip of the iceberg: there are plenty of people (some in Ufology, and others previously in government) who were given the same account to me - of "secret experiments" and not of aliens. In other words - and finally putting the situation correct - this is not "Nick Redfern's theory" or "Nick Redfern's story" (as it has been described). There are multiple sources. Unfortunately, two of those in Ufology who can add significantly to this whole story of top secret tests (and zero aliens) have chosen not to and, instead, prefer to stay silent. I can only see one reason for this: they don't want  to be ostracized by their colleagues in the UFO research community. I call it lacking in a pair of testicles.

Interdimensional Travel and the Legend of Ong’s Hat