The Strange and Eerie Vanishing of Kurt Newton

On Labor Day weekend of 1975, a young couple by the name of Ron and Jill Newton set out from their hometown of Manchester, Maine on a camping adventure to Natanis Point Campground, in Chain of Ponds, Maine, right up against the Canadian border. It was a fairly remote area, but the family was not worried, as they were in their newly purchased secondhand tent trailer, and as they headed out with their daughter Kimberly, age six, and Kurt, age four, and with three other families joining them later, everyone was in good spirits. They arrived at the campground without incident on Friday, and enjoyed fishing and hiking amongst the breathtaking scenery, the kids playing on the bicycle Kimberly had brought with them and the brand new, bright red tricycle Kurt had brought along with them, which was his pride and joy. On Saturday night they had a grand bonfire to the sounds of talking and laughter, and it was shaping up to be a great trip, but dark clouds were on the horizon, and one of them was about to take a trip off the face of the earth to become one of Maine’s most puzzling mysteries.

That Sunday, September 1, 1975, started out fine. The families had breakfast and Jill Newton went off to wash her kids’ muddy clothes not far away at the bath house. Kimberly and Kurt were playing around the campground and things seemed to be just as normal as they could be. Ron decided that they needed more firewood for their dwindling fire in the chilly weather, so he got into their truck and headed down towards the logging road to collect some at around 10 AM. One of the family friends from another trailer then looked outside to see little Kurt get on his red tricycle and bolt off down the road as if trying to catch up with his dad, and he seems to have just kept on riding right on off the face of the earth. Later that same morning, a little girl from an adjacent campsite by the name of Lou Ellen Hanson saw the boy peddling by, and that seems to be the last time anyone ever saw him again.

It was considered highly unusual for Kurt to just go off on his own like that, as he had always been a very shy boy who, while able to be out in the woods, was terrified of actually venturing out into them, once telling his mother rather ominously “Momma, there’s monsters in there.” He wouldn’t even venture very far from the family’s own backyard. He was also seen as being attached to his mother by the hip, rarely going out of eyesight from her, so why he had gone off tearing down that road on his new tricycle was anyone’s guess. At this point no one really realized the gravity of the situation. Jill came back from washing the clothes, not gone for even 10 minutes, and assumed that her son had gone off with her husband. It was not until Ron came back and asked where Kurt was that it really dawned on anyone that the boy had disappeared, the two parents went around to the other campsites to ask if anyone had seen him. It was then that they would meet Jack Hanson.

Hanson was the caretaker of the campground, and he told them that he had found the red tricycle abandoned on a dead-end dirt road close to a place he called “the dump,” where miscellaneous trash had been piled up by various campers. At the time he had suspected that someone had thrown the bike away, even though the fact that it was shiny and brand new had raised an eyebrow. Hanson took the worried parents out to where the tricycle still sat, forlorn and untouched. It seemed to have had been carefully placed off the road, as if by someone who was coming back any moment and wanted to keep it safe and without a scratch. Only no one had ever come back, and Kurt Newton was somewhere out there in the darkening woods, nowhere to be seen. It was not long after this that one of the largest search and rescue operations the state of Maine had ever seen was launched.

Searchers used helicopters, advanced heat-detecting equipment, loudspeakers calling out the boy’s name, and tracker dogs, but no sign of where he had gone could be found. Hundreds of volunteers joined in the efforts, tirelessly scouring the area, and the news was soon crawling with headlines concerning the missing boy. As temperatures in the area plummeted, the search became more desperate, flyers were distributed on both sides of the border, yet there was nothing. The area where he had originally gone missing, where that red tricycle eerily sat untouched, was in the meantime found to be completely barren of any sign of a struggle, nor any trace of an animal attack, not even any footprints to indicate where he had gone and no trail for the dogs to follow. Indeed, the bloodhounds were reported as running around in circles in confusion. It was as if Kurt Newton had just evaporated into thin air. One of the head investigators of the disappearance, Duane Lewis, would lament, “Every now and then in the history of mankind the incredible happens that we can’t make sense of. We should have found him – but we didn’t.” 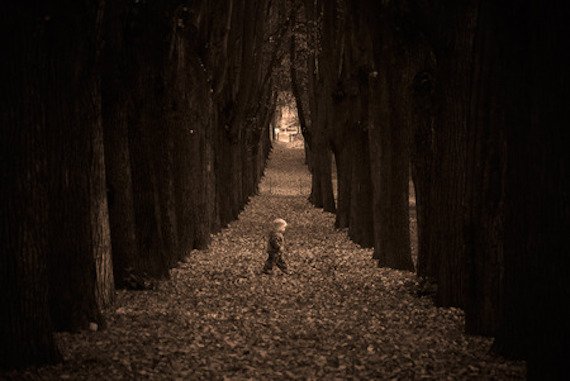 The search officially ended on September 13, after over 3,000 search personnel and volunteers had thoroughly combed the area with every tool at their disposal to come up completely empty-handed. With the worsening weather it was thought that he had little chance of survival, and the theories swirled. Kurt’s parents though he may have been abducted, but by who and how? It was a very remote area, the tricycle had been found on a dead-end road, and there was no sign that any vehicle had recently come through there. Police could find no evidence whatsoever of foul play or abduction. So where was he? Had it been a wild animal? There was no blood, no animal tracks, and no torn clothing indicative of such an attack. Another idea was that he had stopped his bike and gotten lost, wandering deeper and deeper into the woods, but how did this happen so fast, and why weren’t such meticulous search efforts able to turn up any sign of him whatsoever? Some further clues and leads turned up in the days after the search from people claiming to have seen the boy, but none of these led anywhere, and pictures sent in by people of who they thought were Kurt were denied by the parents. The case went cold, and cold it remains. What happened to little Kurt? How did he manage to escape out into the wilderness in such a short span of time only to leave behind his shiny new tricycle and nothing else whatsoever? We may never know.