The Strange Tale of a Cursed Demonic Game

As the world has opened up via the wonders of the Internet, there have been many strange stories and customs passed around. Some of these involve games with a decidedly paranormal element to them, some of which I have covered here before, but there are many others. One which has managed to command quite a lot of popularity in recent years is a sort of spirit conjuring game that has leapt up from folklore to firmly take its place in the world of the weird.

Certainly one of the most popular supernatural games and Internet legends these days is a creepy one that in recent years took the Internet by storm. The game has the rather innocuous sounding name of “Charlie Charlie,” which evolved from a popular game for young people in Spain and Hispanic America called Juego de la Lapicera, or the "Pencil Game." The game is basically more or less like the “Magic 8 Ball” game, in which the participants ask questions to some unseen force and get answers through carefully balanced pencils that will veer or fall towards answers written on a piece of paper. Traditionally it works similarly to a Ouija board, with a paper that has the words “yes” and “no” written in grids, and there is a four pencil and two person version of the game. In the four pencil version, two players hold two pencils and these will mysteriously move towards the answers to questions delivered to a mysterious entity called “Charlie,” and the two pencil version works by carefully balancing one atop another, after which the pencil will tilt, rotate, or pivot towards the answer.

That’s more or less pretty much it, and the game has apparently been played for generations in Spain and some other Spanish speaking countries, but in recent years it has become popular in the English speaking world and has taken on a more sinister form in its crossover into the Internet world. The modern incarnation of the game blasted onto the scene across the language divide beginning from 2008, when it was described on several English language sites and immediately generated interest from teenagers looking to play a spooky game. In 2015, the game was put on Instagram and was soon trending on Twitter under the hashtag “#CharlieCharlieChallenge” and from there it absolutely blew up, being tweeted and retweeted millions of times in short order and creating an Internet urban legend in the process. So about now, you might be wondering how you can get in on the fun and games and how to play. Well, I’m here to help. 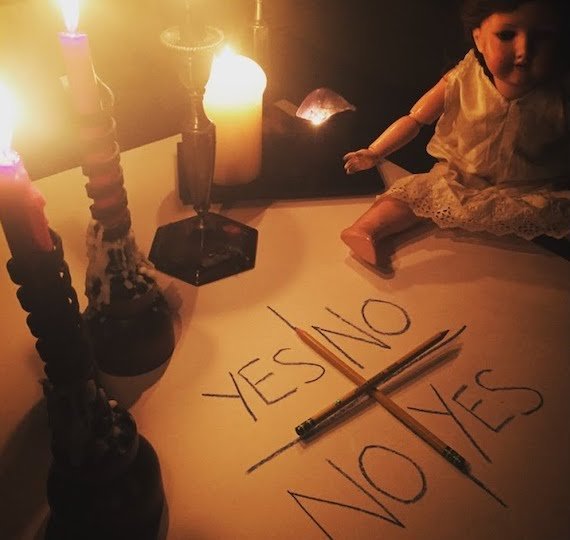 It is all pretty simple, actually. There are some things you are going to need first. You’ll need two pencils, a sheet of paper, and according to some it is necessary to have a computer with a camera running the popular program Vine, although you can apparently play without that. Once you have this stuff it is really quite easy. Draw an “X” on the paper and label two of the quadrants “yes” and the other two “no.” Place one pencil down in the middle and then carefully balance the other on top of it in a cross shape. It should be precariously balanced enough that it is mobile and easy to move by a gust of wind or even the player’s breath. You then say out loud “Charlie, Charlie, are you there?” and ask a question. That’s it. Then you wait for the top pencil to rotate or fall onto a quadrant with a “yes” or “no” and there is your answer, for better or worse. When you are done, you are supposed to say “Goodbye, Charlie” and the session is supposedly over. It sounds harmless enough, but then there is the speculation on just who or what “Charlie” is.

One of the main paranormal ideas is that when calling out to Charlie you are really calling out to a spirit of some sort, variously described as a ghost, a demon, or even the Devil himself. This sinister element has helped to fuel plenty of online reports from people claiming to have been haunted by Charlie or driven insane by playing the game, especially if one fails to properly say “Goodbye” at the end of the session, which seems to be tantamount to inviting the entity to stay awhile. Such stories have only been further propelled by parody articles mocking the popularity of the game, such as a 2015 article on the website The Racket Report, which published an article claiming that there had been over 500 mysterious deaths resulting from playing Charlie Charlie. The article was absolutely a hoax, and was even labelled as such, but so many people read it as real that is was reported as real news in some places, including in Fiji, where the game was then labelled as “Satanic” and banned by the Fijian Ministry of Education. The game was also banned in the Dominican province of Hato Mayor, and in 2017 the East Libyan government also banned it after blaming it for 6 suicides.

The game also received negative publicity in the news in Jamaica, the UAE, and among some in the Christian community, who claimed that people were being possessed by playing it. This has all only further fired the game’s popularity and spooky urban legend status as a sort of dangerous poor man’s Ouija board. It is all pretty impressive for a game that is basically one pencil falling by chance from another, and it has been quite a sensation and study in the phenomenon of viral trends on the Internet and how they make the jump between languages. Caitlyn Dewey of The Washington Post has said of this:

Charlie makes a killer case study in virality and how things move in and out of languages and cultures online. You’ll notice, for instance, a lot of players and reporters talking about the game as if it were new, when it’s actually — and more interestingly, I think — an old game that has just recently crossed the language divide. This is also, pretty notably, yet another example of the power of the teenage Internet. Write off their little games as silly, sure — but we never trended “Bloody Mary” or “Ouija board. 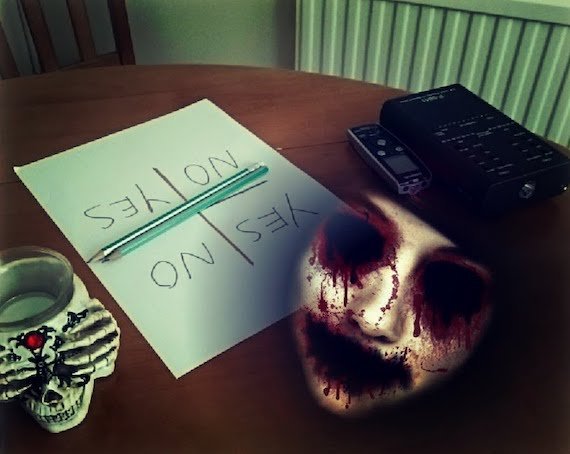 As to how the game really works, the rational explanation is that this is merely the result of psychological suggestion and the human brain’s innate desire to find meaning even in total randomness. We tend to interpret randomness as having some sort of recognizable meaning, even when none is present, such as seeing shapes in clouds, and when mixed with superstition and a mind keyed up for something paranormal to happen it is easy to see the pencil as moving of its own accord or guided by some mysterious unseen force. This is a common explanation for divination games in general, such as using a pendulum or playing with a Ouija board, and Chris French, head of the anomalistic psychology research unit at the University of London, has said of this tendency:

Often the 'answers' received [in divination games] might be vague and ambiguous, but our inherent ability to find meaning—even when it isn't there—ensures that we will perceive significance in those responses and be convinced that an intelligence of some kind lay behind them.

What is really notable about this game is how fast it has managed to take the Internet by storm and how pervasive it is in some circles. One can find numerous accounts of true hauntings and instances of misfortune and curses surrounding this game, and it makes one wonder just what to make of it all. Is this all urban legend and spooky stories or something else? Do you feel lucky enough to call on Charlie? For now it is just another of the many sinister stories crawling across the Internet, and whether there is anything to it or not I leave for you to decide.