The Unsolved Mystery of the Hollinwell Incident

It was a beautiful summer Sunday on July 13, 1980 at the Hollinwell Showground in Kirkby-in-Ashfield, in Nottinghamshire, England, where spectators and participants were getting ready for their annual event called “The Hollinwell Show.” Part of the roster of musical acts and other entertainment lined up for the day was the Forest League of Juvenile Jazz Bands, which was a collection of junior brass bands and marching bands comprising over 500 children from schools all over the East Midlands of England. There was a total of 11 junior marching and brass bands gathered here as part of the Forest League on this day, and they were to perform a charity show, seen as one of the highlights of that year’s show. However, the day was about to turn into one of the strangest unsolved mysteries the UK had ever seen, and unravel into an unexplained incident that has never been adequately explained.

The show began on schedule at 9 AM that morning, and at first everything was great, with the young musicians putting on a wonderful performance for an excited, happy crowd, but then at around 10:30 AM something strange happened. One of the kids suddenly dropped to the ground in a heap, followed by another, then another, as the music stopped instrument by instrument. Before long the kids were dropping left and right according to one witness “like nine pins,” until hundreds of the band members were sprawled out on the field as the shocked and confused audience looked on. It wasn’t only the performers who were affected, as adults and even babies in the audience suddenly began passing out as well, and one witness by the name of Margaret Palethorpe would say:

We knew something was wrong when we children started fainting and dropping. They collapsed and were unconscious - we put them in the recovery position and got help. It hit grown-ups, children and babies, but there was no explanation for it. It’s still hard to explain what it was like but it became a sort of warzone. There were children dropping like flies. They seemed to be collapsing for no reason. Panic spread through the site, but it wasn’t like screaming and shouting. It was a strange feeling. Everyone was really worried because we didn’t know what was happening. In total, an estimated 300 people were affected, and those who regained some consciousness complained of symptoms including nausea, headaches, dizziness, convulsions, abdominal pains, sore eyes and throats, runny noses, and the sensation that they had no bones in their arms or legs and that their bodies were like jelly. The victims were taken to nearby hospitals, where doctors were unable to determine what was physically wrong with them, even though 9 of the children had symptoms so severe that they had to stay overnight. In the meantime, officials were trying to get to the bottom of what had happened, checking the water supply to find nothing out of the ordinary, and taking readings of the air that also turned up nothing, and no gas leaks were found in the area either. It was baffling as to why all of these people had suddenly dropped like flies, the story was making national and world news, and the speculation would begin.

The original official statement was that this must have been a case of mass hysteria. The idea here was that many of the kids had travelled a long distance to be there and were tired to begin with, and added to that was their nervousness at performing in front of such a large crowd and the sense of competitiveness among the bands, further compounded by the heat and the sun beating down on them. All of this could have caused some of them to swoon or faint or otherwise have a panic attack, which is theorized to have caused sort of a chain reaction, but which was ultimately all in their heads. Yet, the problem with this notion is that the condition affected adults watching as well, and also babies too young to have been affected by a contagious panic attack. There are also the physical symptoms involved such as burning eyes or throats, and most of the people who experienced these were adamant that it was no panic attack or mass hysteria. For them this was no imaginary illness, but something very real, indeed. One such witness has said of this:

It was like a nasty, burning taste in my throat and my eyes and nose started tingling. I can remember getting home that night and the next thing I knew, I was in Chesterfield Hospital. I remember it vividly and I can honestly say that, whatever it was, it wasn’t mass hysteria. I was a fireman and a miner. Do you really think I’d be bothered by mass hysteria? What bothers me most is that we never got a proper answer. 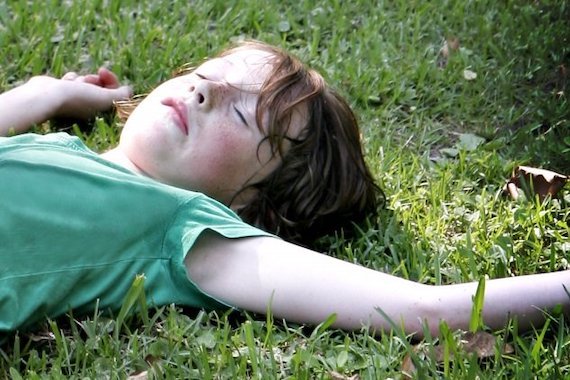 Another idea is that this was all caused by the spraying of the pesticide called tridemorph, which has since been banned in the UK but was in use at the time of the incident and likely sprayed in a field adjacent to the showground. Tridemorph is a fungicide that is considered by the World Health Organization to be “moderately hazardous” because it can cause eye and skin irritation in high quantities and is dangerous if ingested. However, there is no evidence at all that the chemical had been sprayed in such intense quantities at the time of the show to produce such symptoms, and it also does not explain a lot of the other symptoms or why not everyone was equally affected. Another idea is that the incident might have been caused by a combination of the chemical and mass hysteria, but there are experts who disagree that tridemorph had anything to do with it all. One David Ray, specialist in pesticide toxicity at Nottingham University, has said:

There have been cases in America where children have reacted in a hysterical way to pesticides. It’s usually the smell of the pesticide which triggers the reaction. But it’s highly unlikely that tridemorph would have caused the children to collapse if they’d been exposed to it directly, given that it isn’t harmful to non-pregnant adults or children and it was sprayed in a field several hundred yards away two or three days before.

There have been various other possible causes offered over the years, including some sort of virus, an allergic reaction, food poisoning, food or water spiked with drugs or alcohol, the effects of radio waves, and even UFOs, as well as that it was some sort of government chemical weapons experiment, but none of these have any evidence to back them up. So what are we dealing with here? Chemicals, mass hysteria, or something even stranger? Why did it only affect a few and why did it hit so suddenly? Was there some sort of government cover-up involved? Whatever the case may be, the case of the Hollinwell Incident has never been satisfactorily explained, and still remains one of the UK's oddest little unexplained mysteries.

Bigfoot: Are They Creatures That Dwell in Caves?