Since as long as human beings have believed in demons and evil spirits there have been ways to try and stop them. Accounts of demons and demonic possession in one form or another can be found across the world throughout a wide range of disparate cultures, and the means of warding them off just as varied as the people who believe in them. One of the methods most firmly lodged into the public consciousness through countless horror movies and their tropes is that of the exorcism, wherein a priest or some other holy person goes toe to toe with the dark forces beyond our understanding. One of the most prolific and successful of these warriors against the forces of darkness was a man who was once officially the Vatican's top exorcist, who over the span of his long career apparently encountered Satan himself.

The life of quite likely the most prolific and successful exorcist who ever lived began when Father Gabriele Amorth was born in Modena, Emilia-Romagna, Italy on May 1, 1925. At the young age of just 10 years old he already knew that he wanted to be a priest, a goal he would achieve in later years when he was officially ordained as a Roman Catholic priest in 1954. However, this was just the beginning, as his real desire was to literally fight demons as a soldier of God. He began studying the traditions and rites of exorcisms as an apprentice under the tutelage of a Fr. Candido Amantini, helping with numerous exorcisms before working his way up the ranks and finally becoming the official exorcist for the entire diocese of Rome in 1986. From there he took the role of top exorcist even further by establishing the International Association of Exorcists, of which he was life president.

Besides his reputation as the church’s official exorcist, Amorth was also known as being very open and candid about what his work entailed, pushing forth into the light an ancient tradition that had long lurked in the shadows, a denizen of the darkest corners of Catholicism and not something that was normally talked about freely. For instance, he openly explained how his exorcisms usually lasted about 30 minutes, and would be repeated for as long as necessary, sometimes for years on end in especially bad cases. He explained how he was typically joined by four assistants who would help control the patient, and how most of these exorcisms were carried out at his special “exorcism room” which had soundproofing and was located away from the street so that people couldn’t hear the commotion and screams within. He also explained the tricks of the trade, the prayers, the rites, and levels of severity involved, with some exorcisms requiring only simple prayers with the victim calmly sitting, while others needed full-blown rites and rituals, with the victim forcefully tied down as they screamed, kicked, spat, and spewed forth profanities. Some of the tools he claimed to use were crucifixes, holy water, consecrated oil, his book of prayers, and a picture of Pope John Paul II, which he claimed drove demons nuts.

Amorth wrote extensively on these things, with two books, An Exorcist Tells His Story and An Exorcist: More Stories, in which he fully describes the church teachings on exorcisms and demonology. Amorth was also a big fan of the movie The Exorcist, and said that it was largely accurate except for the over-the-top special effects. To talk so openly and write so extensively on the workings of exorcisms was highly unorthodox, as it was something the Church typically liked to keep quiet about, relegating it to the shadows, but Amorth was nevertheless apparently so successful that nothing was done to stop him. By the time of his death in 2016, he had allegedly conducted a staggering 160,000 exorcisms over the span of his strange career, and he often lamented the increasing need for these exorcisms in the modern age. He was very vocal about how people in the modern world had shunned God and invited demons into their lives, once saying, “People have lost the Faith, and superstition, magic, Satanism, or ouija boards have taken its place, which then open all the doors to the presence of demons.” Amorth was very outspoken about this, and rather famously and controversially proclaimed Eastern practices such as yoga as “Satanic,” as well as condemning “Satanic rock music” and even the Harry Potter series of books and films because they endorsed magic, also “Satanic.” In Amorth’s eyes, the world was full of Satan’s diversions and ways for demons to come into one’s life to corrupt, and he once explained of some of these:

The most frequent case — I put it at 90 percent — is that of the evil spell. It happens when someone sustains an evil caused by the demon that has been provoked by some person who has turned to Satan or someone who has acted with Satanic perfidy. The remaining 10 to 15 percent regard persons who have participated in occult practices, such as seances or satanic sects, or have contacted wizards and fortune-tellers. 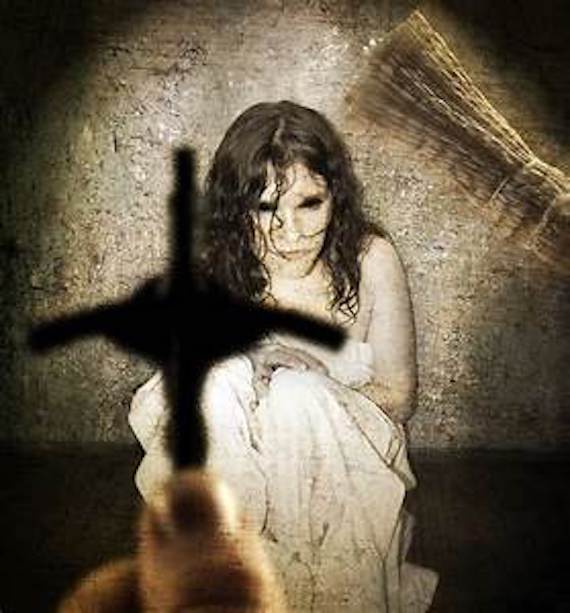 At the same time, he spoke out against the modern world's increasing demonic presences, he also railed against the changing traditions of exorcisms themselves within the church. Over the years the church had changed the prayers and exorcism formulae, with Amorth holding the idea that only strictly traditional methods worked. He once said of the new ways and new prayers being used:

It’s a farce. An incredible obstacle that is likely to prevent us from acting against the demon. Evil spells are by far the most frequent causes of possessions and evil procured through the demon: at least 90% of cases. It is as good as telling exorcists they can no longer perform exorcisms. It is only through exorcism that the demons reveal themselves. The new rite is a blunt weapon...Efficacious prayers, prayers that had been in existence for twelve centuries, were suppressed and replaced by new ineffective prayers.

Looking at the sheer number of his claimed successful exorcisms, it would seem that his methods worked, if only in his own mind and those who respected and believed in his purported abilities. Not all of these exorcisms were total demonic possession as seen in the movies, although some of them certainly were, and these could get truly terrifying. Amorth claimed that a person could be possessed by more than one demon at once, sometimes up to hundreds of the vile entities at a time, which called for extreme measures and in which the victims sometimes barely survived the ordeal. Among all of these exorcisms he claimed to have performed and all of the demons he supposedly cast out, one that really stands out is the time he supposedly encountered the Devil himself. 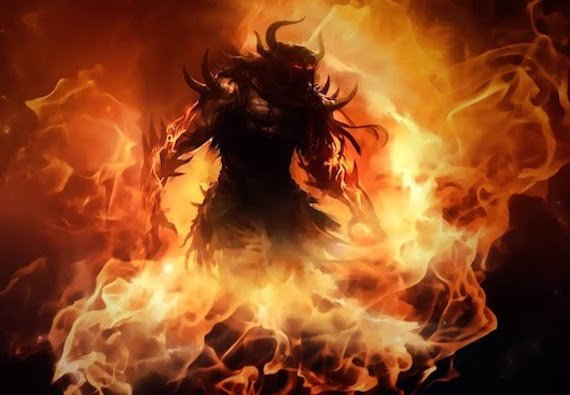 This particular exorcism was written of in the book The Devil is Afraid Of Me: The Life and Work of the World’s Most Famous Exorcist, by Amorth’s close friend and colleague, Father Marcello Stanzione. According to the account, one day in 1997 an unassuming, skinny young peasant man from the Italian countryside was brought in to Amorth’s headquarters in Rome. As soon as the man stepped into the room, Amorth claimed that he could feel the evil emanating off him, hitting him like a wave. He immediately ordered the tainted man to be tied down as he began to issue a low growling noise. Amorth then invoked the name of Jesus and this apparently caused the victim to go haywire, screaming profanities in both English and Italian, as well as spitting and struggling against his binds. When Amorth started the “rite of liberation” the man became even more rabid, but most chilling of all was when Amorth asked who was possessing the peasant man, and was answered that it was the Devil himself. Stanzione writes:

Screaming and howling, the demon burst forth and looked straight at him, drooling saliva from the young man's mouth. Unclean spirit!” Amorth bellowed. “Whoever you are and all your companions who possess this servant of God … I command you: Tell me your name, the day and the hour of your damnation. The man fixed him with a glare and snarled: “I am Lucifer.” Amorth was shocked. He did not expect to receive such a terrifying response. But . . . he was convinced he had to keep going as long as he had the strength. the demon resumed his shrieks, making the possessed turn his head back and his eyes roll. He remained like this with his back arched for a quarter of an hour. The room became extremely cold and ice crystals formed on the windows and the walls. As Amorth continually commanded the demon to leave the host the young man’s body stiffened so much that he became hard and began to levitate. For several minutes, he remained hovering 3 feet in the air.

After this the victim fell back onto the bed and the Devil conceded defeat, offering the exact day and hour that he would depart the body of the possessed. It is unclear to what extent any of this actually happened, but Stanzione has always maintained that it is all completely true. Whether Amorth ever really met Lucifer or not, and no matter what you think of demonic possession in the first place, it is definitely a harrowing tale, and he certainly made his indelible mark upon the world of exorcisms and has earned his place as perhaps one of the greatest exorcists who ever lived.

Puerto Rico’s Chupacabra: A Creature of the Underworld?