UFO Researchers: If There’s a “Secret File” on You, It’s Because of Your Politics. Not Aliens

In 1992, in a self-published paper titled Have You Checked Your File Lately? the late Robert Durant, who was a UFO researcher and pilot, discussed the theme of an all-encompassing, government-sanctioned-and-controlled operation designed to covertly monitor the activities of the UFO research community. In part, Durant wrote: "You, the reader, are among the approximately 4,000 Americans who subscribe to ufological journals or newsletters, buy UFO books through the mail, attend conferences, or spend time with others who engage in such activities. Not a large group. We are only 3% of the total number of citizens the government admits to watching with intense care. A very easy group to track. Building your file is so much easier than compiling one on a Russian spy or a Mafioso. There is a file on you at the Internal Revenue Service, the Social Security Administration, the driver’s license bureau of the state in which you are licensed, the commercial credit card companies that do business with your bank and your lenders, your doctor’s office, and so forth and so on. Is it really unreasonable to suspect that a UFO file would be created?"

Well, we know for sure that numerous people in Ufology have been the subject of secret surveillance by multiple intelligence agencies of more than a few countries. But, were those UFO investigators who had files opened on them really being watched because of their UFO research? The answer to that question is "No!" I've seen people get very excited by the fact that both George Van Tassel and George Adamski - two of the most famous of all the UFO Contactees of the 1950s - had FBI files put together on them that ran into hundreds of pages. If, however, you look carefully at those same files you'll see that the FBI's concerns were not relative to the UFO-themed claims of either men. Rather, it was their politics - and the fact that Adamski, in particular, championed the society of the Soviet Union. As the FBI noted, Adamski "...made the prediction that Russia will dominate the world and we will then have an era of peace for 1,000 years...Adamski stated that it does not make any difference if the United States has more atom bombs than Russia inasmuch as Russia needs only ten atom bombs to cripple the United States by placing these simultaneously on such spots as Chicago and other vital centers of this country." Adamski's public tirade went on and on - and to sizeable audiences. You want to get a government surveillance file opened on you? That's the way to do it.

George King's Aetherius Society, which was also very much Contactee-driven from the late-1950s onward, was the subject of a secret file created by an arm of the U.K. police force called Special Branch. That file is now in the public domain, thanks to the terms of the U.K.'s Freedom of Information Act. The file does not show that Special Branch was worried about alien encounters. Rather, the papers demonstrate that Special Branch was concerned by the fact that the Aetherius Society was allying itself with the Campaign for Nuclear Disarmament, which was created in 1the 1950s. For years, rumors circulated that the CND had been infiltrated by Soviet agents. Again, if you're a UFO researcher, and if you are being very vocal at your lectures and conferences on the matter of nuclear disarmament, then yes, of course, you are likely to have a file created on you. But, once more, it's primarily about politics and not ETs. 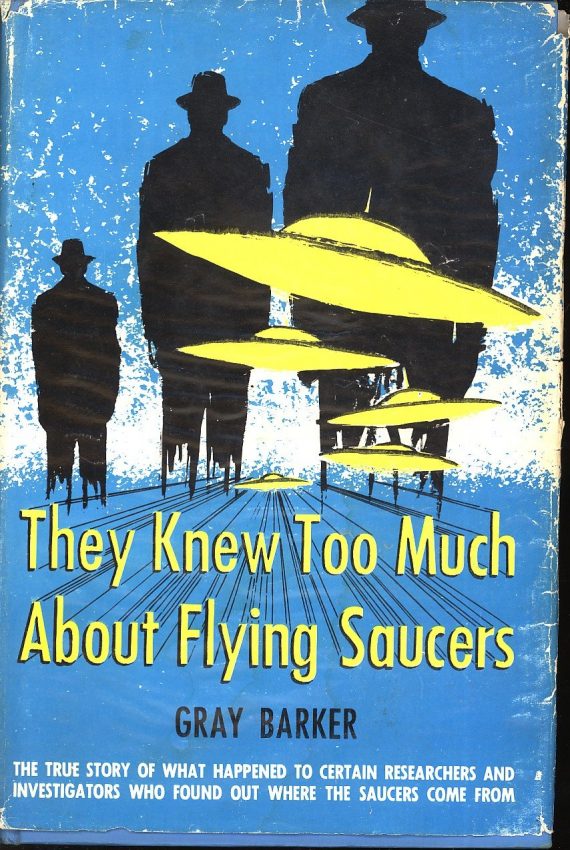 Moving on, writers/researchers Gray Barker and Jim Moseley got into hot water with the FBI for using stolen U.S. government stationery. They used one page of that grabbed material to create a hoaxed document that made it look like the U.S. government had people in places of power who were secretly championing Adamski and his claims. It was all bullshit. But, it resulted in a file on Barker being opened. Yes, both guys were UFO people, but it was those purloined papers that caused the problems. Not UFOs and aliens. George Hunt Williamson - another Contactee - had an FBI file opened on him. It's enlightening to note that the primary reason why Williamson had a file on him was because he was suspected of smuggling ancient artifacts over the Mexico border and into the United States. That's all but guaranteed to ensure a file will be opened on you. But, the UFO angle of the Williamson file is minor.

I could go on and on, but it all comes down to this: Yes, there were/are numerous people in Ufology who have had "secret files" opened on them. But, the UFO angle has always been secondary to the likes of politics, stolen materials (whether artifacts and government papers) and shady characters. I have in my possession dozens of such now-declassified files on numerous characters from Ufology. What I have yet to see, however, is a secret government file that says something like "So-and-so is getting too close to the UFO truth." One final thing: over the last few years, I have seen more and more ufologists bring politics into their lectures/conferences. Keeping that in mind, it wouldn't surprise me if, today, more and more people in Ufology are being watched. Get those files, though, and I guarantee it will still be their politics - and not little gray men with big black eyes - that will be of primary interest and concern to government agencies.

Bizarre Patterns and the Mysteriously Vanished