When Strange Creatures Appear at Loch Ness, But They’re Not Nessies

Earlier this week, I wrote an article on the controversy surrounding the phenomenon of the "Alien Big Cats." It was largely focused on the research and investigations of Merrily Harpur, the author of Mystery Big Cats - a book I definitely recommend to anyone and everyone who has an interest in the "ABC" phenomenon. As I said in that same article: "Merrily suggests that the ABCs are very likely Daimons. They are supernatural entities that can be malevolent, helpful, manipulative, trickster-like, and even deadly, depending on their type. Eudemons are generally friendly, while cacodemons should be avoided at all costs, lest one wishes to see one’s life ruined. Entities that act as intermediaries between the world of man and the domain of the gods, the Daimons are shape-shifters that can manifest in multiple forms. Merrily adds: 'If ABCs are a variety of native British daimon, they have emerged into a landscape brimful of these intermediate beings: pixies, gnomes, boggarts, Herne the Hunter, elves, lake monsters,' white ladies,' wyrms, and so on." 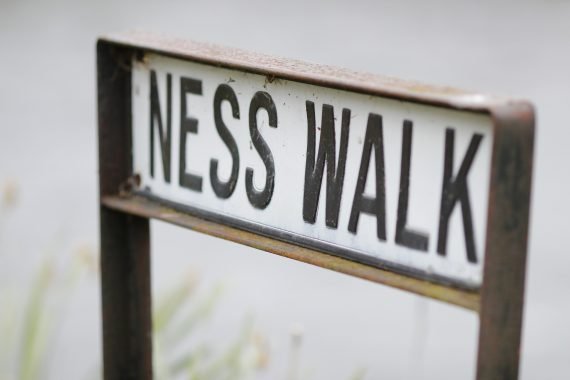 There's another reason why I think the ABC phenomenon is far weirder than many might assume it to be. For example, it's something indeed to see one strange creature, but what about when there are two - very different - types of weird beasts at one famous location? Loch Ness, Scotland is home to the Nessies (which I strongly suspect are also supernatural in nature). It's very intriguing to note that Alien Big Cats have been seen around the ancient loch. From 2000 to 2001, the area was hit by a series of sightings of large, unidentified black cats. On May 2, 2000, the Inverness Courier newspaper splashed the first such story across its pages. It was a story that provoked a great deal of anxiety and unease among the locals, which is not surprising, given that the article was titled: "Big Cat Sighting Sparks Lambing Time Farm Alert." As the Courier noted, it was John Cathcart, a wildlife liaison officer with the Northern Constabulary, who brought the matter to everyone’s attention, and which was prompted by sightings of a puma in the area of Ardersier, and of numerous sheep found savagely mutilated and killed.

Two months later, it was Kiltarlity that became the focus for the savage beast, or of another of its kind. Three sheep were killed in violent fashion and locals spoke of seeing a huge "panther-like"” animal prowling the landscape by both day and night. One farmer who was hit hard was Davie MacLean, of Boblainy, who lost two lambs and a ewe. The heads of the poor animals had been severed from their bodies, their skins lay strewn around the site of the attack, their ribs were "gnawed bare," and their legs had been snapped off at the joints. It was a terrifying and traumatic sight for MacLean. Now, we come to the most amazing part of the story. Alien Big Cats and lake monsters have turned up at Loch Ness at…the very same time. 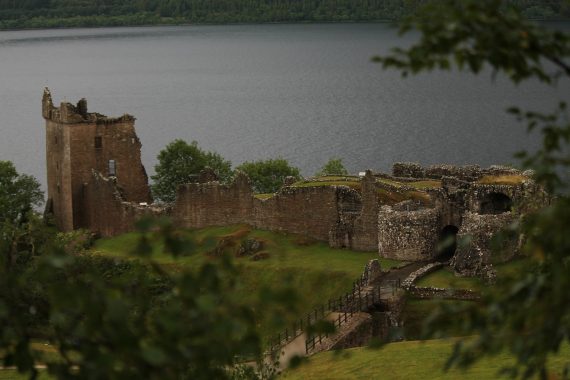 A perfect case in point is an incident that occurred way back in 1658. It’s a story that was uncovered by a historian, genealogist, and expert on Scottish lore and legend named David Murray Rose. He penned such titles as Prince Charlie’s Friends and Revenue of the Scottish Crown, 1681. Rose commented on the 17th century case of one Sir Ewen Cameron, a resident of Locheil, and who lived from 1629 to 1719.  According to Rose, on one particular day, and at the exact time when Cameron battled with wild cats on a stretch of Loch Ness shoreline [italics mine], a strange creature was encountered in the Loch: "Old people said it was a 'water-horse' or 'water-kelpie,' because it had a head that looked like a cross between a horse and a camel, but its mouth was in its throat.' The story originated with one Patrick Rose, of Rosehall, Demerara, who also tackled wild cats at Loch Ness and who was given the account of Sir Ewen Cameron by some of the locals. That Cameron "battled" wild cats strongly suggests they were creatures of considerable size and power. Could it be just a coincidence that ABCs appeared on the shoreline and a Nessie surfaced at the same time? I guess so. But, I seriously doubt it. For me, this is yet another example of the high-strangeness that surrounds the Alien Big Cats.

Some Humans Today Carry DNA From a Mysterious Ancestor