When the U.K. Government Spied on a UFO Group: Nukes and an “Occult Society”

In 1957, something strange and highly alternative occurred in  the U.K. That was the year in which George King and his Aetherius Society attracted the secret attention of the world of officialdom, specifically in May of that year. It was on the 26th of the month that an eye-catching article appeared in the pages of a weekly U.K.-based publication called The Empire News. In an article titled "Flying Saucer Clubs Probe: Peace Messages 'from outer space,'" the following was revealed: "'Warnings' from outer space against Britain’s H-Bomb tests published in a flying saucer magazine take a similar line to Moscow-inspired propaganda. The 'warning' – in a special issue of the magazine – is being scrutinized by Scotland Yard’s Special Branch [the origins of which date back to 1883 and which, in 2006, was absorbed into the Metropolitan Police Service’s Counter Terrorism Command]. It is suspected that a number of flying saucer clubs – and some spiritualists as well – are unwittingly being used by the communists. The warning appears in the magazine of the Aetherius Society, which circulates widely among flying saucer enthusiasts."

Not only that, The Empire News revealed that George King had, as he put it, received a channeled message from advanced entities from the planet Mars. The decidedly anti-nuke message of the Martians went as follows: "Have not the latest peace moves come from Russia? You in the West blame Russia and say it is necessary to make these weapons to protect yourselves from them. You in Britain are in a favorable position to show the larger countries the way." It’s hardly surprising that a body like Special Branch would sit up and take notice of (a) this development in the world of the Aetherius Society and (b) the pro-Russian words of the alleged Martians. King wasted no time in contacting Scotland Yard, demanding to know why, exactly, he and his group were now under surveillance by government authorities. 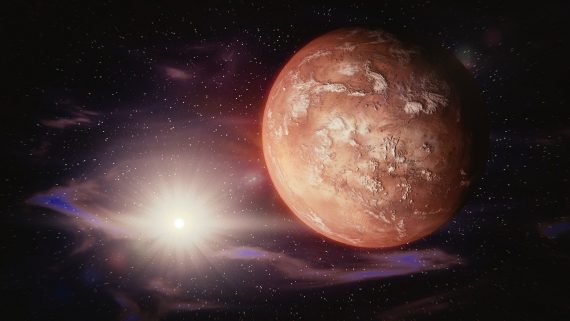 Well, given both the time-frame and the climate, it should have been glaringly obvious: the authorities saw King’s words (and those of his claimed Martian friends) as nothing less than outright propaganda designed to make the U.K. government look bad and the Russians look good. In a letter of May 26, King scolded Scotland Yard and did his utmost to try and put things straight. He wrote in his letter that the Aetherius Society was actually "a religious and occult society, which has contact with Intelligences on certain other planets. We are non-political and non-sectarian." That’s certainly not how the authorities saw things, though.

As to how Special Branch became involved in all of this weirdness, and learned of the activities and statements of King, well, that’s all very simple. The Empire News was very much a right-wing newspaper. King’s political views were anything but right-wing. It transpires that one of the staff of The Empire News, concerned and pissed that King was using his Cosmic Voice publication to promote communism, contacted Scotland Yard just a couple of days before their planned article on King appeared. According to Special Branch, their source at the publication "wished to bring it to the notice of this department in view of the, in his opinion, Communist bias of part of the contents which refer to the atom bomb." The result was that Scotland Yard opened a file on King and his colleagues. They did much more than that, though. After receiving King’s letter of disgust as to how his organization was being portrayed and presented, on May 31 an officer headed out to King’s home. The matter of King, his motivations, the goals of the Aetherius Society, the comments concerning Russia and nuclear weapons, and alien life were discussed frankly – and in a surreal situation, too.

The Special Branch officer who had the task of speaking with King wrote the following summarized report: "I disclosed my identity and told King that I had come to see him in connection with his letter to the Commissioner. I pointed out to him that in this letter he stated 'The article purports to give a report of some recent work of this Society and states that the Society is being scrutinized by the Special Branch of Scotland Yard,' whereas the article states, 'The ‘warning' – in a special issue of the magazine – is being scrutinized by Scotland Yard’s Special Branch." Many might say – justifiably – there is very little difference between scrutinizing the words of the "warning" and scrutinizing the work of the Aetherius Society. The head-to-head at King’s home was not cordial. From then on, however, and for a couple of years, King and his followers were watched intensely. Interestingly, Special Branch officers took careful studies of King’s written output, too. Take note of the following, prepared by a Special Branch officer in May 1957:

"COSMIC VOICE (Special Emergency May 1957) consists of a cover page and three pages of cyclostyle printed matter stapled together and is printed and published by THE AETHERIUS SOCIETY, 88, The Drive Mansions, Fulham Road, S.W.6. In page 1 of the printed matter one George KING is referred to as the Chairman of the society. On page 1, which is headed 'Introduction. You are responsible' it is stated that KING is able to tune in telepathically to mental radiations from a Space Station in the orbit of the Earth, 1550 miles above its surface, which is controlled by an entity from the Planet Mars, referred to as Mars Sector 6. It also states that an appeal for the cessation of nuclear experimentation was transmitted on the 7th May, 1957 from the Space Station. Pages 2 and 3 give the text of this message in full. In brief, it is an appeal to the ordinary man to protest through spiritual progress against nuclear bombs. Reference is made on page 1 to the placing of blame by the West on Russia because it is said that it is necessary to make weapons for protection against this country, and the question is asked, 'Yet, Western Civilizations, have not the latest Peace moves come from this country you condemn.' The trend of the text is more religious than political in general. KING is obviously a crank. King claimed that some 600 copies of the Special Emergency Supplement of “COSMIC VOICE” dated 7th May, 1957 has been printed, and that copies had been sent to Buckingham Palace, No. 10, Downing Street, President Eisenhower at Washington, to 125 Members of Parliament, Prime Ministers of the Dominions, etc., as well as to Religious and Social Reform authorities and to many newspapers." 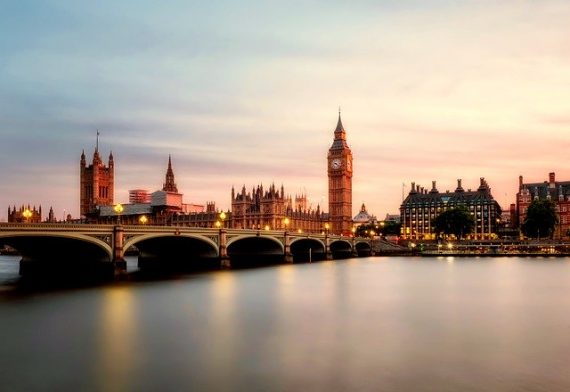 Special Branch certainly viewed King as, in their words, a "crank." As the extract from the previously-classified document above shows, however, Special Branch also came to quickly realize that King was highly motivated when it came to getting the word out regarding his views on nuclear weapons and the Russians. That alone was certainly a matter of deep concern to the authorities. The surveillance, hardly surprisingly, continued at a steady and secret pace. Another Special Branch document, from 1959, provides the following on the Aetherius Society: "It crusades for the suspension of the H-bomb tests and supports the Campaign for Nuclear Disarmament. It took part in the 1958 Aldermaston March and holds public meetings from time to time. One was held on 23rd August 1959 when 200 persons formed a 'quiet, amused' audience. It was covered by Special Branch."

Special Branch eventually discontinued its surveillance of the Aetherius Society. The strange affair - that involved the U.K. government, nuclear weapons, aliens, the planet Mars, and channeling - was finally over.