When UFO Researchers Are Carefully Watched

In 1964 a Flying Saucer investigator and U.S. Army employee, Larry Bryant, penned a feature titled Let’s Challenge the UFO Censors. It was focused on his  Saucer-connected communications with with portions of the American military. The Federal Bureau of Investigation quickly took notice. An FBI report of May 25, 1964 to Cartha DeLoach, who was then the assistant director of the FBI, stated the following: "On 5-21-64 the Department of Defense delivered at the Bureau a manuscript by Larry Bryant entitled Let’s Challenge the UFO (Unidentified Flying Objects) Censors. The Department of the Army, according to the transmitted from the Department of Defense, has no objection to the publication of the article. The FBI’s attention was directed to page 6. Also included with the manuscript was a copy of the author’s transmittal letter to the Department of the Army stating he would like to know the name, rank/grade, title and office of each person who actually conducts the review of Bryant’s article. A review of the article revealed it is a criticism of the Department of Defense’s policy with regard to issuing clearances of articles relative to Unidentified Flying Objects (UFOs), particularly when the author is employed by the US Army as in the case of Bryant. The article is in essence a history of Bryant’s problems in getting articles published on UFO."

The paperwork adds: "References to the FBI are as follows: On page 2, Bryant indicates he will reveal the role played by the FBI in monitoring UFO research activities of Army civilian employees. On page 6, Bryant refers to his being interviewed on 9-17-63 by Special Agent [deleted] of our Norfolk Office. Bryant states [the] Special Agent contacted him in response to Bryant’s letter of 7-23-63 to the Sheriff of Sussex County, Virginia, requesting UFO sighting data. Bryant claims he asked SA [deleted] if it was customary for the FBI to question people who expressed an interest in UFO. SA [deleted] replied in the negative and added that: ‘Since his office was queried…he was just seeking information on which he could write a memorandum for the files.’ Bryant also states that SA [deleted] volunteered the following: 'If the FBI has any such data (on UFO sightings), it is probably of an intelligence nature and thus would be unavailable to the public and to private individuals.'"

It turns out that the Bureau had been informed for the following reason: "Bryant has directed a voluminous amount of correspondence to military officials in the area and as Bryant was employed by the Department of the Army, Fort Eustis, Virginia, the G-2 Section of the Second Army, Fort Meade, Maryland, was conducting a background check on Bryant. Bryant was interviewed on 9/7/63 by SA [deleted] in order to obtain background information concerning him in order to reply to the correspondence from the [agency name deleted] and the US Naval Base, Norfolk, Virginia." The FBI added: "The reference to the FBI on page 6 of Bryant’s manuscript is not completely true. However, it has the effect of leaving the wrong impression; the FBI was not investigating Bryant but was merely interviewing him in order to respond to inquiries directed to us from other agencies." 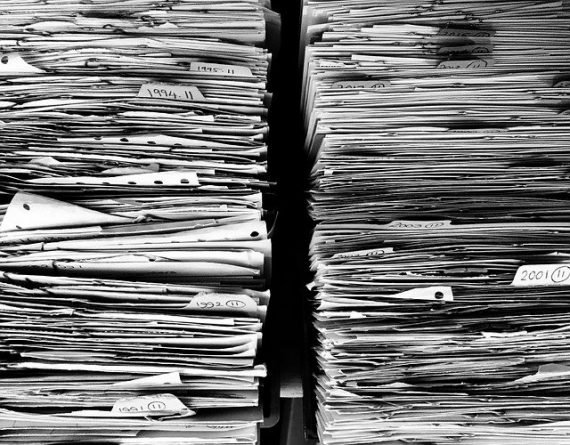 Here we see evidence of that as a result of Bryant’s "voluminous amount of correspondence to military officials" on the topic of Flying Saucers, the authorities responded by having him interviewed by the FBI. And official interest in Bryant’s activities did not end there, as Bryant himself noted in 1990: "Back in the winter of 1971-72, when I was employed by the Industrial College of the Armed Forces in Washington, D.C., two of my superiors there, USAF Col. Samuel B. Adams and Army Col. Patrick J. Kenney, called me into their office to discuss their role in the College’s decision not to process my immediate supervisor’s recommendation that I be granted a Top Secret security clearance. They explained to me that the College’s secretary, Army Col. John S. Sullivan, had expressed resistance to process the recommendation because of the vigor and determination by which I had been pursuing UFO research during the past dozen years or so [Source: Citizens Against UFO Secrecy, Bulletin, 1990]." Note: the documents used above can be found at this link at the FBI's website, The Vault. Bryant continues his UFO research to this day.