A Viking Buried in a Strange Way Puzzles Archeologists

We know more about dead Vikings than we do about live ones, which makes interpreting graves, burial rites and funeral artifacts all the more important. Take the grave discovered recently while excavating Viking burial grounds in Vinjeøra, Norway, so European highway 39 can be extended through the town. His remains were found with his sword on his left side, rather than the traditional placement on a Viking’s right side. Why is this unusual and why are archeologists struggling to explain it?

“The fact that he was buried with a full set of weapons tells us that this was a warrior, and in Viking times and the early Middle Ages, most warriors were free men who owned their own farms.” 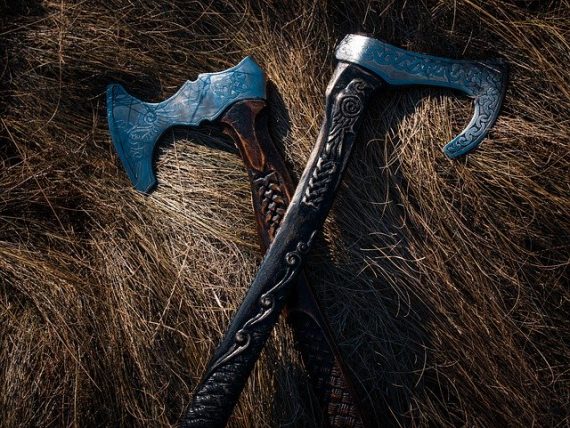 Raymond Sauvage, an archaeologist at the Norwegian University of Science and Technology (NTNU) University Museum and project manager for the excavation, explains to Science Norway something that normally doesn’t get mentioned on the various Viking TV shows or in movies – that the men were required to acquire their own weapons. The shield could be build and the axe was probably the first obtained since that was something that could also be used on the farm, but spears and swords had to be forged by a blacksmith and obviously cost more. Nothing unusual so far.

“What makes this grave a little special is that the sword is on what we assume was the deceased’s left side.”

Why would this be “special”? The sword is normally sheathed and carried on the left side so the warrior can grab it with his right hand. However, Viking men have always been found buried with their swords on the right side – not so they can carry them in the afterlife but because the Viking culture believed the afterlife was a mirror image of life. Thus, the dead Vikings were ready to fight again in the mirror world … except for this one.

“Maybe he was left-handed, and they took that into account for the afterlife? It’s hard to say.”

Of course! This was an opposite-handed Viking – Erik the Left perhaps? Being left-handed may have given him an advantage like a modern baseball pitcher and made him a better warrior because this Viking was found buried in an honored place – a ditch. A what?

“We’ve seen lots of examples of reused graves on this burial ground. People were buried in the same grave or partly inside older graves. It was obviously important to lie next to or in the burial mounds and the ring ditches around them.” 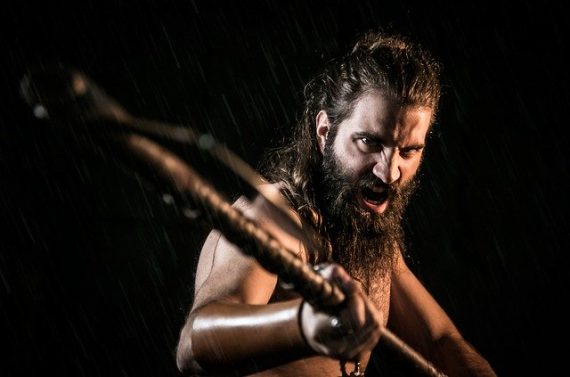 This Viking was buried on his farm to protect it and his descendants – another tradition that goes against the commonly depicted Viking burial in a flaming ship at sea. Speaking of flaming burials, another grave found nearby contained the ashes of a female from an earlier time that was buried with a large number of bones. The researchers don’t know if they belonged to the woman or were placed there because they had magical powers from another person.

Whether the explanations for these questions are found or not, the graves show once again that the deaths of Vikings were as interesting as their lives, and may give us clues about how those lives were lived. While fighting and pillaging make better TV shows and movies, the Real Lives of Viking World just might be more interesting.