Canine Bones As Old As 20,000 Years May Be The World’s Oldest Pet

Canine remains unearthed at two paleolithic caves in the southern part of Italy – the Paglicci Cave and the Romanelli Cave – date back between 14,000 and 20,000 years ago. This means that researchers may have found the world’s oldest domesticated pet dog.

Interestingly, the oldest remains of a domesticated dog in North America (as well as being intentionally and carefully buried in a grave) date back 10,000 years.

This is a pretty significant discovery as the origins of the relationship between humans and their pet dogs have been shrouded with mystery. There have been several theories circulating as to how canines went from being carnivores in the wild to man’s best friend. One of the theories involves the animals traveling close to human settlements in order to find food where they formed a close bond with each other. Another theory is that humans and wolves hunted together which created a strong bond between the two.

When the dogs became domesticated, they may have helped humans defend their camps and maybe even aided them to hunt. Another possibility is that they were regarded in a spiritual manner as being the reincarnations of those who have passed away.

With these newly discovered canine remains, researchers from the University of Siena in Italy are hoping to solve that very mystery. In their study, the researchers claimed that the canine remains are at least 14,000 years old but could possibly date back 20,000 years. “From an archaeological point of view, the oldest remains of domesticated dogs were found in Central Europe and date back 16,000 years,” said Dr. Francesco Boschin, adding, “In the Mediterranean area we have now established that domesticated dogs lived here 14,000 years ago for sure, but possibly even 20,000 years ago.”

While the researchers are still working on confirming the exact age of the dog, it is for certain the oldest remains of a domesticated dog in the area of the Mediterranean. This is very exciting as it may “represent the until now missing evidence of the evolutionary process that led to the dog, the very first domesticated animal,” Dr. Boschin stated. 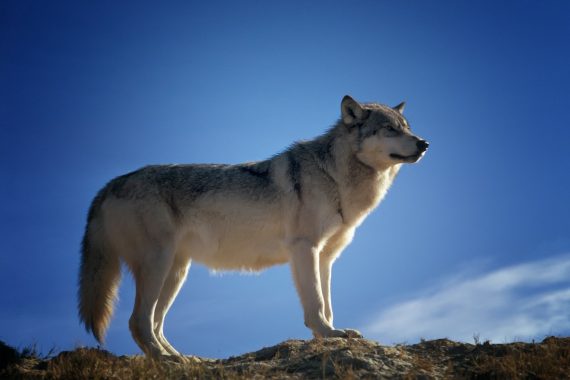 In addition to the domesticated canine remains found in the caves, there were also wolf bones. The wolves were larger than the dogs and had molars that could rip meat apart – a feature that was not present in the dogs. Studies have revealed that dogs and wolves separated genetically from one another between 20,000 and 30,000 years ago. Pictures of the remains can be seen here.

Their research is still ongoing so we may get even more answers regarding the history of man’s best friend.