Cosmonaut Promises He Will Be Nice to Any ETs He Meets

What would you say to an extraterrestrial – provided you’re in a position where you can actually speak? Would you speak in your native language? Use sign language? Draw figures in the dirt? Would your choice of words change if the ET was holding something that could be a weapon? Is hands in the air a universal sign of surrender? These are but a tiny subset of questions one might ask in preparing a training program for human space travelers who might have a close encounter with an alien much larger than a microbe. While watching “Star Trek” is an option, does NASA have such a program in place? It turns out the Russian space program has and makes no bones about publicizing it. Do they know something NASA doesn’t?

In a pre-flight press conference hosted by Rossiya Segodnya, the news agency owned and operated by the Russian government and parent company of RIA Novosti and Sputnik News, cosmonaut Sergei Kud-Sverchkov revealed his thoughts as he prepares to join the crew of the International Space Station on October 12. This is his first space flight and marks a return to the Soyuz MS-16 capsule – this type of question on an ET-directive wasn’t asked prior to the recent SpaceX mission with the ISS. Kud-Sverchkov will be the flight engineer and join mission commander Sergei Ryzhikov and American astronaut and biologist Kate Rubins. What did she have to say about aliens? 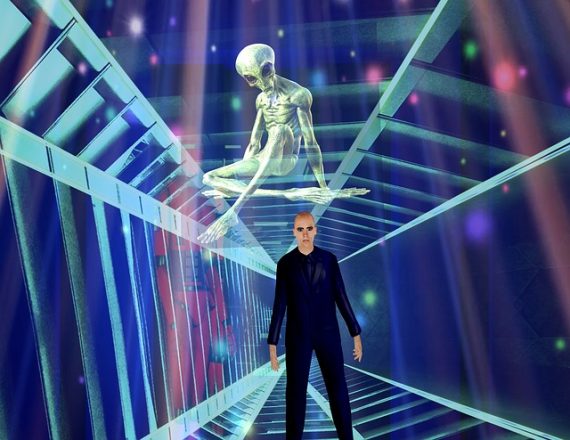 “I think it’s really important for everybody to vote. If we can do it from space, then I believe folks can do it from the ground, too. It’s critical to participate in our democracy. We consider it an honor to be able to vote from space.”

Trick question – Rubins didn’t say anything about aliens of the space kind. She’s more of a science type – Rubins is the first person to sequence DNA in space and will work on a cardiovascular experiment on this mission. Shouldn’t she at least know what to say to an ET, how to explain what she does and perhaps even ask them for a mouth (or mouths – you never know) swab or a listen under their uniform with a stethoscope? Wouldn’t that be easier to talk to an alien about than the importance of voting?

“At the UN, with the direct participation of representatives of the People's Republic of China, detailed instructions have been developed in case of first contact." 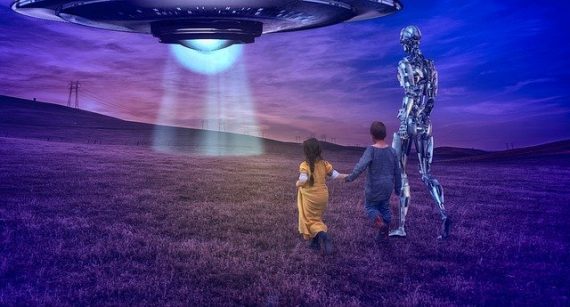 In a 2012 interview with Chinese media prior to the launch of Chia’s Shenzhou-9 spacecraft, cosmonaut Gennady Padalka, speaking from the ISS, said the United Nations and the Chinese space program also have directives and preparations for a first contact. On the other hand, searches of NASA interviews, training documents and other places turn up very little. At least publicly, NASA seems more concerned about UFOs and alien microbes than human-sized Martians, Vulcans or other ETs. Is NASA hiding something it doesn’t want Roscosmos or the public to find out?

One last thought. What if there is a first contact and the Extraterrestrial speaks first in a language or method that the astronauts and cosmonauts can understand. We already know Sergei Kud-Sverchkov will be nice. Will astronaut Rubins tell them how she voted? Will she change her mind if they’re holding something that looks like a weapon?

A Mysterious Saga of Two Moons