A team of ghost hunters were investigating an abandoned pub in Sheffield, England, when they captured footage of what appears to be the ghost of a drunk female. The Ye Old Harrow pub on Broad Street first opened in 1822 but closed its doors in 2008 and has been abandoned ever since.

The pub, which has been called one of the most haunted locations in the city of Sheffield, was investigated by the Paranormal Hauntings team. During their live stream, they seemed to have captured the apparition of a female who was believed to have been intoxicated. 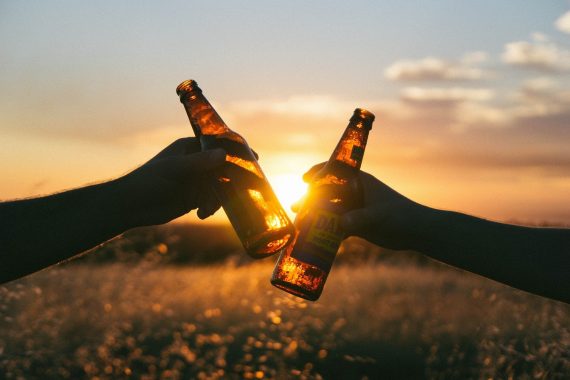 “Viewers watching the live video then sent on screenshots of what looks like a lady manifesting down the corridor, which leads upstairs,” explained one of the investigators, adding, “She appears side on, looks as if she looks at the camera and looks straight on again then fades way.” The investigator then asked the apparition if it just appeared at the end of the corridor and they received the response, “I’m sitting”. When asked where the ghost was sitting, it responded by saying “in between” followed by “on the bar”. The picture of the alleged drunk ghost can be seen here.

Unfortunately, they couldn’t follow the apparition upstairs because the building is in such bad shape from severe fire damage and being abandoned for several years that it wasn’t safe for them to head up another level. They did, however, capture additional paranormal evidence, such as unexplained orbs of light as well as heat sources and sudden cold spots.

They received EVPs (electronic voice phenomena) saying “Edward” and “beer” or “bear”. Coincidentally (or not...), the ghostly responses that they captured sounded like a drunk person was talking back to them. And with their thermal imaging camera, they noticed a figure “picking something up” close to the bar.

Their paranormal evidence isn’t surprising as the building has had numerous reports of unexplained activity throughout the years. Former tenants who lived at the location claimed to have seen a dark shadow figure in addition to doors closing on their own, and items suddenly disappearing only to reappear weeks later (these experiences date back to the 1970s).

The paranormal activity at Ye Old Harrow goes back several decades so it’s not surprising that the Paranormal Hauntings team experienced some strange occurrences. And since it was once a bar, it’s also not surprising that at least one former customer still likes to visit the location and have a few drinks – even after death.