Move over, woolly mammoths – there’s another creature that may join you in the Ancient Animals Cloned From Frozen DNA Theme Park. Researchers in Siberia have confirmed that a frozen creature found poking out of the melting permafrost on Bolshoy Lyakhovsky Island is an adult cave bear that once roamed the area between 22,000 and 39,500 years ago. This is the first frozen adult cave bear ever found and it’s a big deal.

“It is completely preserved, with all internal organs in place including even its nose. Previously, only skulls and bones were found. This find is of great importance for the whole world.”

Scientist Lena Grigorieva, one of Russia’s leading experts on extinct Ice Age species, would like to take credit for discovering the cave bear (Ursus spelaeus) but she admits to The Siberian Times that the frozen carcass was found by reindeer herders on the largest of the Lyakhovsky Islands, part of the New Siberian Islands archipelago between the Laptev Sea and the East Siberian Sea in northern Russia. Fortunately, the herders contacted them immediately and the cave bear was removed intact so it can be fully studied. (Photos here.)

“A scientific programme for its comprehensive study will be prepared. We will have to study the carcass of a bear using all modern scientific research methods - molecular genetic, cellular, microbiological and others. The research is planned on as large a scale as in the study of the famous Malolyakhovsky mammoth.”

Grigorieva will lead a team of researchers at the International Centre for Collective Use of Molecular Paleontology at the North-Eastern Federal University (NEFU) Institute of Applied Ecology of the North in Yakutsk and compares this to the discovery in 2013 of a frozen mammoth on Malolyakhovsky – the second-largest of the Lyakhovsky Islands – which was oozing mammoth blood.

“Separately at least one preserved carcass of a cave bear cub found on the mainland of Yakutia, with scientists hopeful of obtaining its DNA.”

It will be a cave bear-palooza at NEFU as the researchers will also examine a fully preserved cave bear cub found at about the same time in nearby Yakutia. For those who know nothing more of the Ursus spelaeus than what they learned from "The Clan of the Cave Bear" series by Jane M. Auel or the movie of the same name (starring Daryl Hannah – now do you remember it?), Cave bears roamed Europe and Asia after breaking off from brown bears about 1.2 million years ago. Standing 3.5 meters (11.50 ft) tall, they were similar in size to the largest modern-day bears. However, their specialized diet and limited northern territory led to their extinction due to climate change (not human hunting, although they co-existed for a time in Siberia), which occurred as recently as 12,000 years ago. 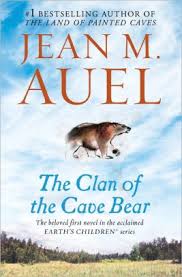 Hopefully, these new finds will give us a better picture of the lives of cave bears, along with insights on how we can survive climate change where they didn’t. Of course, someone is sure to take some of that DNA and try to bring it back, especially with so many related species to use as incubators.

Will it happen soon enough for the 84-year-old Jean M. Auel to write one more sequel?

“Odor and the Altering of Human Behavior”: A Fascinating Government Study