“Giant human-like aliens!” “Flying saucers.” “Multidimensional beings!” When the rest of the news is bad (we’re talking about 2020 here), nothing pulls the public’s attention away from disasters, disease and doom like UFOs and aliens. That ‘could’ explain why a few media sites have pulled out the big headlines and exclamation points to revealed the possible disclosure of a decades-old FBI document about an alleged UFO and alien encounter in 1947. Roswell? There’s little indication this is the same incident. The story of what they’re referring to as Memorandum 6751 appeared this week in Alienstar, The Daily Star and Sputnik News. Yes, we know they’re not the most reliable sources, but the FBI file itself at least looks real. Let’s see what else we can find.

“These FBI files were recently leaked and in them, you can clearly see the fact that not only did they already confirm the existence of aliens out there but that they also have captured proof of these multidimensional beings that have attempted to visit our planet on multiple occasions so far.”

“The text that dates back to 1947 is especially important as it mentions the term “flying saucers” on multiple occasions. You can see the official FBI Vault yourself right here and see the fact that they’ve been lying to us all along.”

The name Memorandum 6751 comes from the number stamped on top of the memorandum. It appears to be 67 pages long, but only a blurred photocopy of the first page is shown in the story – not a good sign – and the Vault, the FBI repository of declassified files, doesn’t seem to have it under a variety of search criteria. Sputnik News claims it’s “dubbed Memorandum 6751 by UFOlogists” but a search on that term doesn’t bring anything up except these stories … and one more which we’ll discuss later.

1. Part of the disks carry crews, others are under remote control.

2. Their mission is peaceful. The visitors contemplate settling on this plane.

3. These visitors are human-like, but much larger in size.

4. They are NOT excarnate earth people but come from their own world.

5. They do NOT come from any “planet” as we use the word, but from an otherio planet which interpenetrates with our own and is not perceptible to us.

6. The bodies of the visitors, and of the craft also, automatically materialize on entering the vibratory rate of our . . . matter.

7. The disks possess a type of radiant energy, or a ray, which will easily disintegrate any attacking ship. They reenter the otherio at will, and so simply disappear from our vision, without trace.

8. The region from which they come is NOT the ‘astral plane’, but corros – ponds to the Lokas or Talas. Students of osoterio matter will understand these terms.

9. They probably cannot be reached by radio but probably can be by radar, if a signal system can be devised for that.”

These are the bullet points listed on the alleged memorandum dated July 8, 1947 – the same day as the first press release about recovering a crashed “flying disc” on a ranch near Roswell. Coincidence? The writer is anonymous, but says he or she possesses several university degrees and was ”formerly a university department head.” The memorandum was written to the FBI and is NOT an FBI investigative report. Unlike the early Roswell reports, this memorandum refers to “living” beings “much larger in size” than humans who are visiting rather than crashing and occupy another dimension from us rather than another planet. It also does not say how the unnamed writer obtained all of this information. Alienstar says the documents were released “recently” but the video it links to shows them in 2018. Unfortunately, the other 66 pages or so are not published or linked to in the article. 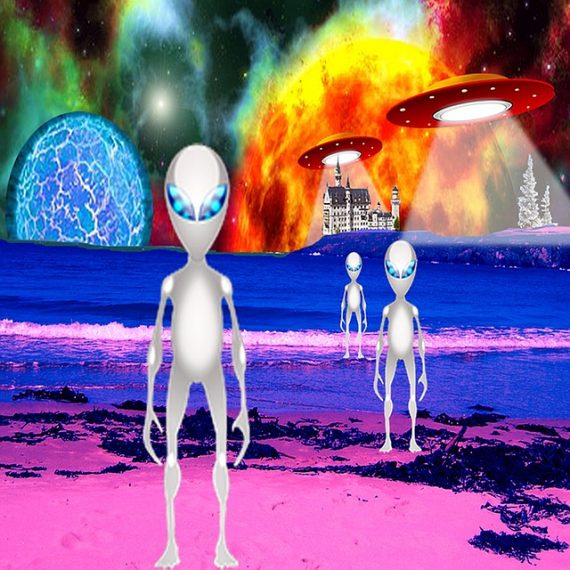 However, the site Film Daily has another interesting, albeit also undocumented, revelation.

“A decade ago, a seventy page document was declassified by the FBI and put into their online database called The Vault. (How very cinematic of them.) This document is now frequently referred to as Memorandum 6751 & makes claims of inter-dimensional beings and flying saucers.”

Film Daily says Memorandum 6751 was declassified in 2010 and that’s when it allegedly appeared on The Vault. It also says it’s “frequently referred to” yet references to it seem to be non-existent. Heck, there’s not even a reference on Wikipedia!

Interesting? Definitely. A nice distraction from the bad news of 2020? Definitely. Real? Wow. This story has more red flags and holes than a minefield under inspection by a bomb-sniffing dog with a cold and more outrageous claims than a political campaign flyer. It would be nice to write the whole thing off as a hoax, like the FBI’s infamous Hottel memo (which you CAN find on Wikipedia), but 2020 is also the year of UFO disclosure. Perhaps Tom DeLonge and his group could look into it. After all, Memorandum 6751 does say:

Bigfoot: Why Can’t We Get the Proof?