When in Zimbabwe, it pays to do as the Zimbabweans do. Today, that means run like heck if you see a goblin. And, as in other parts of the word, don’t call the cops because they’re afraid of goblins too. Oh, and don’t listen to people knocking on your door offering to remove the goblins for a fee – they’re probably scammers.

“They were shocked when they saw strange beings which they believed were goblins and were seen running for their dear lives.” 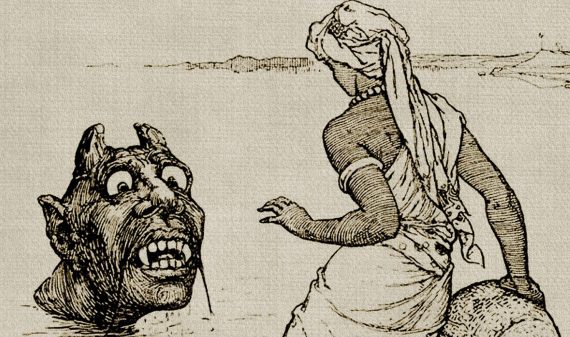 This story has popped up on numerous media sites in Africa and all accounts are nearly identical, but the source appears to be B-Metro, which reports that police in Dete, a small town in far west Zimbabwe, were investigating a report of poisoned dogs on the property of Sanderson Bloom Shamuyashe, owner of a local grinding mill. While searching the suspect’s briefcase, they allegedly saw goblins and ran.

“There is no goblin that they saw, I even advised village head Simanyayi, former councillor, my father-in-law and other villagers to enlist the services of tsikamutandas to root out such goblins. I told them that if they fail to root out such invisible things they have to give me a beast.”

The key word in that statement from Shamuyashe’s wife is “invisible.” The Zimbabwean versions of the creatures that are more like gnomes in Europe are invisible and blamed for all manners of unexplained events, especially mysterious deaths of both people and livestock. They have been linked to serial killings in 2019, mass cattle deaths in 2019, and stone throwing and assaulting women regularly. Shamuyashe was said to be the prime suspect in the dog killings by everyone, including his wife, because he was allegedly seen digging up the grave of his wife’s sister and leaving behind his shoes. That pushed Shamuyashe from dog death suspect into the category of evil witch doctor, which could explain why the cops saw something unexpected in his briefcase and thought “Goblins!”

“There is no goblin that they saw, I even advised village head Simanyayi, former councillor, my father-in-law and other villagers to enlist the services of tsikamutandas to root out such goblins. I told them that if they fail to root out such invisible things they have to give me a beast. I don’t dig graves. I told the chief (Nelukoba) that I won’t leave because I’m not a witch. They have to look for tsikamutandas who will name and shame the person who was seen digging the grave. I will not leave, I will stay here.”

Shamuyashe believes he has an airtight alibi (“I’m not a witch”) and suggests bringing in tsikamutandas, who are prophets and witch hunters. Unfortunately, it’s tough to find a reliable tsikamutanda these days because of COVID-19. That’s right – the coronavirus seems to have corrupted some real tsikamutandas and brought out many imposters who do anything from cleansing houses to the more troublesome (and illegal) task of purging people who locals suspect of being infected and/or witches and bring to the tsikamutandas – often unwillingly. 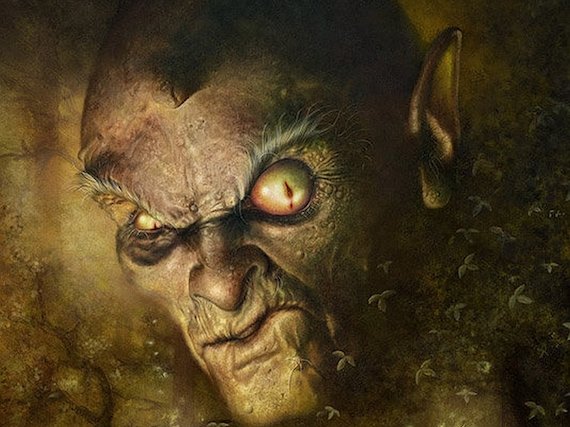 Like goblins, it’s tough to confidently identify a real tsikamutanda and imposters sometimes pull double scams, as this story from 2018 explains. (Excuse the non-PC term for little people.)

“Three fake prophets from Bulawayo allegedly defrauded a man of more than $7 000 after they hired a midget to pretend to be a tikoloshe and demanded 20 head of cattle from him as payment to spare his son’s life.”

In this case, they caught one of the charlatans and the naked “midget” and pressed charges. That’s unusual in Zimbabwe – probably because goblins are believed to be invisible and thus hard to catch.

Which brings us back to Mr. Shamuyashe, the dead dogs, the dug grave and the goblin-in-a-briefcase. Outside of losing business – and probably his wife – it’s unclear if anything else will happen to him.

When in Zimbabwe, do as the Zimbabweans do and avoid all contact with goblins … and don’t hire any tsikamutandas either.