What should you do if you see a UFO? Calmly take out your cell phone, steady yourself against a wall or stationary object, photograph or record it with audio details on when and where you are, point the UFO out to anyone else in the area so there are multiple witnesses, report it to the authorities, the media and UFO tracking societies, post on social media. There’s probably more things, but that’s a good list to start with. 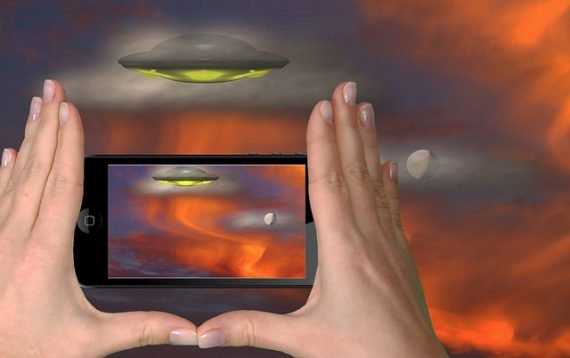 Now, what do you do if you’re a military pilot who encounters a UFO? If your flag is the Japanese one, you now have a specific list of procedures to follow, courtesy of Japan’s Defense Minister Taro Kono, who released the procedures to the general public as well. Kono’s list for pilots in Japan’s Self-Defense Forces includes:

Wait … what was that last item?

“No SDF [Self-Defence Force] pilot has encountered a UFO. The videos have come from the US Defence Department so I would like to hear their analysis. I don’t really believe in UFOs. We would like to establish procedures in the event an encounter takes place with a UFO.”

Back in April of 2020, Defense Minister Kono requested (demanded?) that the Pentagon share with him any and all things it has on UFOs above and beyond the Tic Tac videos from the Nimitz encounter, even though he himself doesn’t believe in UFOs. That demand by Kono led to a meeting with U.S. Secretary of Defense Mark T. Esper in August and the list of UFO encounter protocols in September. What does Kono now know that prompted him to release procedures for witnessing things he doesn’t think he’ll ever see for himself?

Can you hear the Japanese crickets?

Japan Times and The Mainichi appear to be the first media sites to report on Kono’s list (too soon to make it into a movie?) and they refer to a statement released by the Defense Minister, but an extensive search has failed to uncover it. That’s too bad because, unlike the still-secretive U.S. Defense Department, those of other countries have been more open about releasing UFO information and more progressive is setting up departments to deal with them. It would be nice for Japan to do the same – perhaps that might move the Pentagon to do more.

Can you hear the American crickets?

In the meantime, we have people in New Jersey posting UFO videos that send the Internet into a frenzy until a cursory investigation points out that the UFO is the Goodyear blimp. This is what happens when the pandemic shuts down live sporting events – no one remembers what the blimp looks like.

From Rendlesham Forest to a Man in Black