Legendary Lost Nazi Warship Found Off the Coast of Norway

What would you do if you dropped a remotely-operated vehicle with a camera into deep waters to inspect a mysterious object and discovered it was a shipwreck with a Nazi swastika on its side? What would you think if that Nazi ship was sitting upright on the sea bottom with its guns still intact, pointed at the ROV? Throughout Europe, such images still send shivers down the spines of those who remember or heard the stories of the terrors such ships caused during World War II. While the ship was discovered three years ago, it has taken until now to determine that this was one such ship that participated in the Nazi invasion of Norway, was sank with a British submarine and was lost until now.

“When the ROV results showed us a ship that was torpedoed, we realized it was from the war. As the cannons became visible on the screen, we understood it was a huge warship. We were very excited and surprised that the wreck was so big.”

Ole Petter Hobberstad is a Senior Project Engineer at Norwegian Statnett, Norway’s state-owned power company which first discovered the shipwreck using sonar to inspect power interconnectors in waters between Denmark and Norway. This summer, Hobberstad was on the offshore vessel Olympic Taurus when he saw the ship using an ROV (Remotely Operated Vehicle) camera. After a number of inspections and consultations, it was finally confirmed this week that the ship was the Karlsruhe – the massive warship which led the German attack on Kristiansand during Operation Weserübung on April 9, 1940. 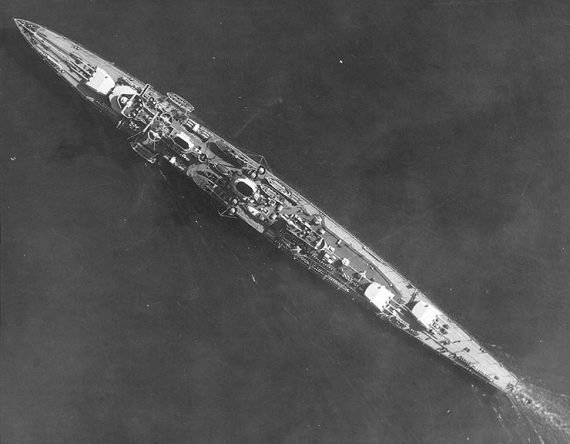 “You can find Karlsruhe's fate in history books, but no one has known exactly where the ship sunk. Moreover, it was the only large German warship that was lost during the attack on Norway with an unknown position. After all these years we finally know where the graveyard to this important warship is. With the main battery of nine cannons in three triple turrets, this was the largest and most fearsome ship in the attack group against Kristiansand."

In a press release by Statnett, Frode Kvalø, an archaeologist and researcher at the Norwegian Maritime Museum, describes the Karlsruhe, a 174 meters (571 ft) long, heavily armed steam-powered ship. Karlsruhe entered the fjord outside Odderøya near Kristiansand and immediately came under fire. Later in the battle, it was hit by a torpedo fired by the British submarine Truant, sustaining so much damage that the ship’s captain ordered it to be sunk. Meanwhile, the rest of the fleet landed and the Norwegian commander of the Odderøya Fortress surrendered. 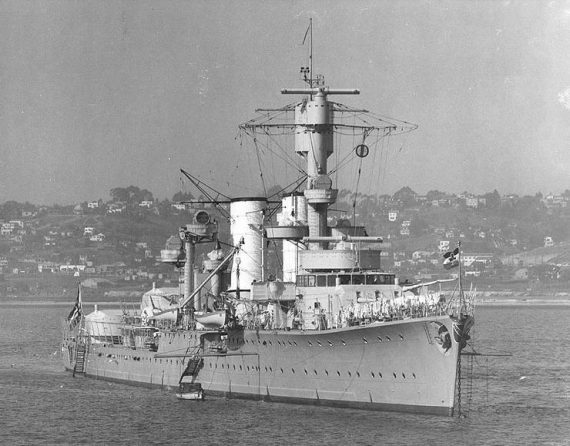 That was the last anyone ever saw of the Karlsruhe until this summer. The photos (see them here) generated excitement, not just because of the discovery but because the ship landed upright and looks like it’s ready to do battle again. Fortunately, it appears it will stay at the bottom of the fjord as a historical reminder of the battle, the war and the pledge to never let it happen again.

Ironically, the name Karlsruhe translates as "Charles' peace" – Charles was Charles III William, Margrave of Baden-Durlach who founded the city of Karlsruhe in 1715. Perhaps now the battleship can finally represent its name.

Ancient Coffins Untouched for Thousands Of Years Found In Egypt