In my previous article here at Mysterious Universe - which was on the subject of my new book, The Martians: Evidence of Life on the Red Planet - I made a brief reference to what may very well have been nothing less than life on Mars. And not in the distant past, but just a handful of years ago. I thought that today I would expand on this admittedly strange story as it is - without any shadow of a doubt - undeniably weird. Let us take a careful look at the story and the relevant photo that comes with it. It has become known as the "Face-Hugger photograph." And there is a very good reason as to why the picture was given that particular name. Taken in July 2015 by NASA’s Curiosity Rover, the photo appears to show nothing less than a strange, multi-legged creature that looks astonishingly like the monstrous face-invading creatures that appeared in the phenomenally successful series of Alien movies. For those who may not know, they starred Sigourney Weaver as Warrant Officer Ellen Ripley - and they reaped in an incredible amount of dollars. When the story broke wide open in early August 2015, the headlines were predictably sensational. The U.K.’s Metro newspaper ran with the story and titled their feature as follows: "Crab-like alien 'facehugger' is seen crawling out of a cave on Mars." 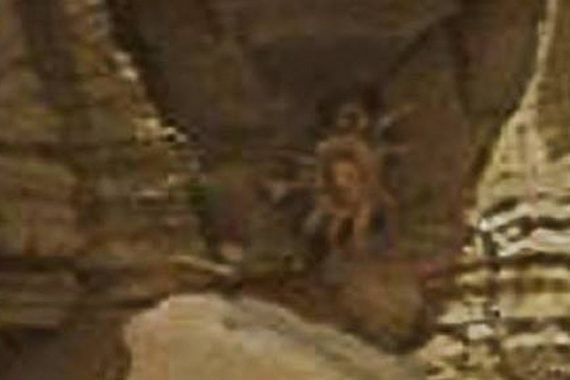 It might be very wise to avoid the Martian Face-Huggers! (NASA)

The same Metro article included the words of Seth Shostak, a skeptic when it comes to the matter of life on Mars, and the Senior Astronomer and Director of the Center for SETI Research; "SETI" standing for "search for extraterrestrial intelligence." Shostak said of the strange looking thing and other allegedly anomalous photos that reach him from time to time: "Those that send them to me are generally quite excited, as they claim that these frequently resemble something you wouldn’t expect to find on the rusty, dusty surface of the Red Plane. It’s usually some sort of animal, but occasionally even weirder objects such as automobile parts. Maybe they think there are cars on Mars." On the other side of the coin were the words of Scott Waring who, at UFO Sightings Daily, said that: "It does appear alive. It may be a crab-like animal, or it also may be a plant. This object has many arms and one of them goes to the left of the picture a very long ways. That arm is longer than all others. Plant or animal it really doesn't matter. The significance of this is that it shows signs that it is alive. That is everything, but not to NASA." 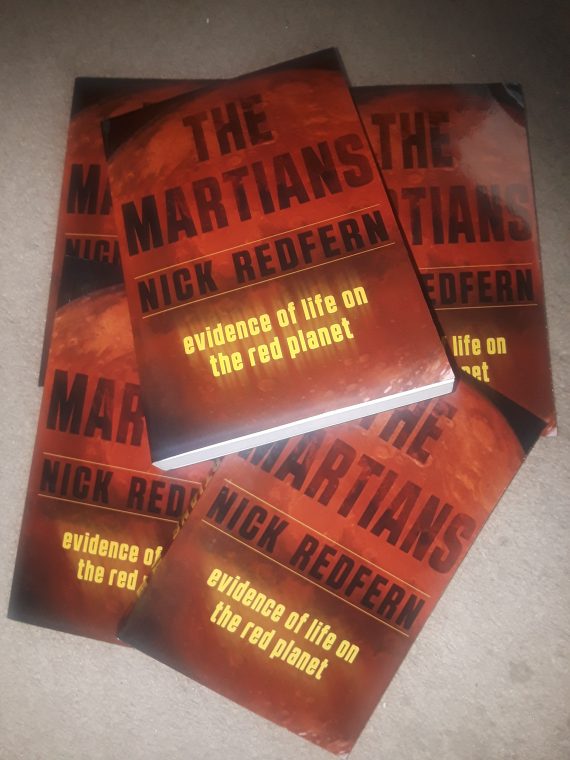 "The Martians: Evidence of Life on the Red Planet" (Nick Redfern)

And, that’s pretty much how the online debate went on: for the world of science the face-hugger was nothing but a spectacular example of pareidolia. UFO seekers and conspiracy theorists, however, said otherwise. They suggested that what looked like an eerie, creepy animal was exactly that – an eerie, creepy animal on a faraway world. That it appeared to be in the opening to a small cave and maneuvering up (or, possibly, scuttling down to the ground) the cave wall with its multiple limbs only seemed to add to the theory that NASA had inadvertently captured on camera a genuine Martian animal – and a very hair-raising one, too! In my view, the spidery, crab-like animal is not a case of the eye seeing what it sorely wants to see. And, the story isn’t quite over. In my The Martians book I take a close and careful look at the incredible story of a skilled remote-viewer who, in late 2019, was able to add further - and undeniably astonishing - data to this particular story of the closest things to real-life face-huggers.