One of my recent articles here at Mysterious Universe was on the subject of a 1966 UFO event in Australia. It involved the discovery of what became known as "UFO nests." Basically, they were very similar to today's Crop Circles. This raises another issue: just how far back do tales of Crop Circles really go? Those 1966 examples were certainly not the first - as you will now see. In fact, a case can be made that Crop Circles have been around not just for years or decades, but even for centuries. Let's take a look at the available data. Declassified by the U.K. government in 1994 is an interesting and curious letter found in the Ministry of Defense's UFO files. The letter was penned by a T.E.T. Burbury. He was the vicar at Clifton Rectory, Penrith, Cumberland, England. In a letter to the National Physical Laboratory at Teddington, Burbury wrote the following words:

"Dear Sirs: Does an apparent column of blue light about 8-feet in diameter and about 15-feet high which disappears and leaves a mark of very slightly disturbed earth, the same diameter, mean anything to you? This occurred about 9.30 p.m. last Saturday night about 2 miles from here. It was seen by a person who is very short sighted who would have been unable to see anything, except the light, even if it had been present. I examined the ground which is about 100 Yards from the nearest building and there are no pylons near. There was no sign of burning, either by sight or smell, the grass growing between the exposed ground appeared quite normal. There were no signs of bird tracks or droppings: the ground simply appeared to have been lightly raked over in an almost perfect circle [italics mine]. For your information only, I told the farmer to have a sample of the earth collected and analysed for bacteria content, but don’t know whether he has done so. Yours faithfully: T.E.T. Burbury."

How about we now go further back in time? I'm specifically talking about the Second World War. MI5 is the U.K.'s equivalent of the United States' FBI. When, from 1939 to 1945, the world was doing its very best to defeat that evil and deranged nutjob, Adolf Hitler, MI5 was quietly taking notice of strange formations found in the fields of not just the U.K., but of France, Holland and elsewhere. Could they have been coded signs laid down for Nazi pilots? Certainly, that was the primary theory on the collective minds of MI5. The agency reported: "Such ground markings might be the cutting of cornfields into guiding marks for aircraft, painting of roofs and the inside of chimneys white, setting haystacks on fire, and laying out strips of white linen in prearranged patterns. For guiding and giving information to advancing troops they would conceal messages behind advertisement hoardings and leave markings on walls and telegraph poles." 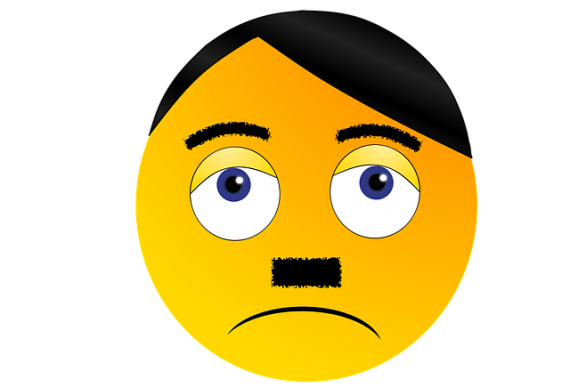 Also contained in the now-released documentation from the archives of MI5 are references to the possibility that Nazi pilots and German spies were engaged in  "beating out signs," roughly sixty-feet in diameter, on "harrowed fields or mowing such signs on meadows or cornfields." It may very well have been the case that those early Crop Circles were indeed the work of Nazi scum. It should also be noted, though, that MI5's theory was simply that - a theory and nothing else at all. So, we are left with a mystery - albeit a very intriguing and mysterious one. Now, let's go back not just decades, but centuries. Jim Schnabel is the author of Round in Circles. Without doubt, it's my favorite and most entertaining book on not just the Crop Circle controversy, but on the people in it, too. In his book, Schnabel states that in 1989 UFO researcher-writer Jenny Randles "...received a surprising piece of information from a local historian named Betty Puttick, from St. Albans, Hertfordshire [England]. Mrs. Puttick had just read Randles and [Paul] Fuller’s Controversy of the Circles, and it had reminded her of a seventeenth-century woodcut she had come across in a recent book on Hertfordshire folklore." Schnabel added that the woodcut "depicted a small, black, horned figure, scything down oatstalks along a circular path, leaving what appeared to be flaming stalks in his wake." That wasn't all, though.

The story, dated 1678, is a fascinating one. It revolves around the curious saga of nothing less than the "Mowing Devil." I have presented it to you below - and without editing - so you can digest the complete story. I should stress that it's written in old-style English, but it's still easily to read. Here it is: "In the said County lives a Rich industrious Farmer, who perceiving a small Crop of his (of about three Half-Acres of Land which he has sowed with Oats) to be Ripe and fit for Gathering, sent to a poor Neighbour whom he knew worked commonly in the Summer-time at Harvest Labour to agree with him about Mowing or Cutting the said Oats down. “The poor man as it behoov’d [sic] Him endeavour’d [sic] to sell the Sweat of his Brows and Marrow of his Bones at as dear a Rate as reasonably he might, and therefore askt [sic] a good round Price for his Labour, which the farmer taking some exception at, bid him much more under the usual Rate than the poor Man askt [sic] for it: So that some sharp Words had past, when the Farmer told him he would Discourse with him no more about it.

"Whereupon the honest Mower recollecting with himself, that if he undertook not that little Spot of Work, he might thereby lose much more business which the Farmer had to imploy [sic] him in beside, ran after him, and told him that, rather than displease him, he would do it at what rate in Reason he pleas’d [sic]: and as an instance of his willingness to serve him, proposed to him a lower price, than he had Mowed for any time this Year before. The irretated [sic] Farmer with a stern look, and hasty gesture, told the poor man that the Devil himself should Mow his Oats before he should have anything to do with them, and upon this went his way, and left the sorrowful Yeoman, not a little troubled that he had disoblig’d [sic] one in whose Power it lay to do him many kindnesses. 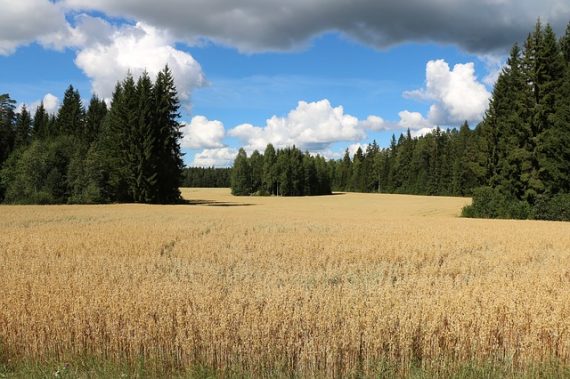 "We will not attempt to fathom the cause, or reason of, Preternatural events: but certain we are, as the most Credible and General Relation can inform us, that same night this poor Mower and Farmer parted, his Field of Oats was publickly [sic] beheld by several Passengers to be all of a Flame, and so continued for some space, to the great consternation of those that beheld it. Which strange news being by several carried to the Farmer next morning, could not but give him a great curiosity to go and see what was become of his Crop of Oats, which he could not imagine, but was totally devour’d [sic] by those ravenous Flames which were observed to be so long resident on his Acre and a half of Ground.

"Certainly a reflection on his sudden and indiscreet expression (That the Devil should Mowe [sic] his Oats before the poor Man should have anything to do with them) could not but on this occasion come into his Memory. For if we will but allow our selves so much leisure, to consider how many hits of providence go to the production of one Crop of Corn, such as the aptitude of the Soyl [sic], the Seasonableness of Showers, Nourishing Solstices and Salubreous [sic] Winds, etc., we should rather welcome Maturity with Devout Acknowledgements than prevent our gathering of it by profuse wishes. But not to keep the curious Reader any longer in suspense, the inquisitive Farmer no sooner arriv’d [sic] at the place where his Oats grew, but to his admiration he found the Crop was cut down ready to his hands; and if the Devil had a mind to shew [sic] his dexterity in the art of Husbandry, and scorn’d [sic] to mow them after the usual manner, he cut them in round circles, and plac’t [sic] every straw with that exactness that it would have taken up above an Age for any Man to perform what he did that one night: And the man that owns them is as yet afraid to remove them."

Crop Circles of the old kind? That's how it looks.