Another person has claimed to have snapped a photograph of the Loch Ness Monster, but this time there’s a new twist to the story. Andrew Brunton was out looking for dolphins at Chanonry Point in Fortrose, Scotland, when he started taking pictures and soon after, he realized that he caught something pretty strange in the water.

In the picture, you’ll notice a swimmer not too far away from the “creature” and that is actually what Brunton was originally taking a photo of and not the strange object further back. “They had the full wet suit and swimming cap on and that is what I was trying to take a picture of,” he said. “But I didn't spot the object further back in the water until I was looking back at the pictures.” 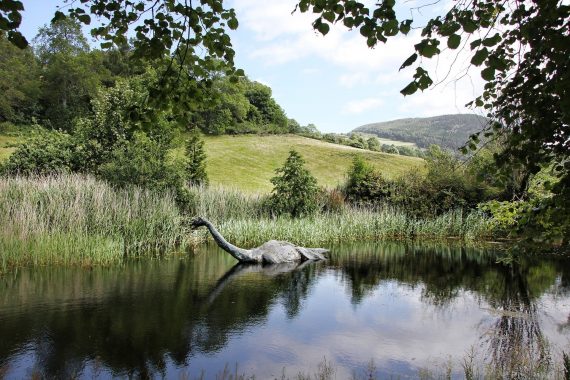 In a strange twist to the story, he suggested that the elusive monster may have escaped Loch Ness and traveled to a new location. “I had gone to Fortrose to see the dolphins at Chanonry Point but they didn't come out,” he explained, adding, “I had been to Loch Ness the day before and thought some of the pictures of Nessie look similar to the one I took.” “Maybe Nessie has escaped and gone up the coast.”

He went on to say, “I don't know what it is. Who am I to make that judgement?” Well, you can decide for yourself as his photo can be seen here. 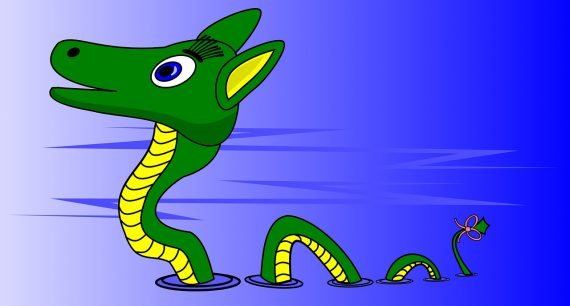 Brunton’s photograph is one of several recent sightings of the alleged Loch Ness Monster. Just a couple of weeks ago, I wrote a story about a tourist making the seventh sighting of this year. (The article can be read here.) Mr. Van-Schuerbeck was on vacation with his family when he took several pictures with his cell phone near Point Clair. His sighting was accepted by The Official Loch Ness Monster Sightings Register where his photo can be seen.

The following day, I wrote another story about a skeptic who claimed to have photographed the alleged creature while he was walking along the Great Glen Way trail. He witnessed a long, thin, dark shadowy object close to the surface of the water and it was moving against the waves. His picture can be seen here.