More on the Matter of Strange Synchronicities

My previous article was on the subject of a strange synchronicity that occurred, in 2005, while I was on a plane and awaiting a flight to Puerto Rico. I thought that today I would demonstrate that extremely weird and complex synchronicties happen to me on more than a few occasions. And, with that in mind, read on. As I noted in the previous article, at the Psychreg site we learn the following: "Contrary to popular belief, the notion of synchronicity is not inconsistent with a scientific mindset. Indeed, Carl Jung developed his ideas on synchronicity in part through discussions with Albert Einstein. He wrote about synchronicity only after Wolfgang Pauli, another father of quantum mechanics, convinced him to do so. Synchronicity has some features in common with the physical phenomenon of entanglement, whereby physical particles at vast distances from each other have been found to interact instantaneously." Now, onto the story.

In late July 2009, I was working on a chapter for my Contactees book. The subject was a 1950s-era Contactee named Dana Howard, who claimed a number of meetings and exchanges with a beautiful, eight-foot-tall Venusian named Diana. One of those who provided very welcome assistance on this particular chapter was the Oregon-based researcher and writer, Regan Lee, who spent a great deal of time investigating the claims of Dana Howard. On July 31, I wrote the following to Regan in an email: "A few days ago, I was putting the final touches to the Dana Howard / Diane from Venus chapter to my Contactees book that you kindly shared your data for. Well, right after completing all the work on that chapter, I took some towels out of the dryer. One of the towels, a yellow and pink one, my wife Dana owned before we got married. So, we have had it for years. But for all the time we have had the towel, I never read the writing on it – until I was folding the towel right after finishing your chapter."

As I told Regan, the towel was adorned with a logo that read: Venus Girls Just Want to Have Fun. And my wife, Dana - at the time - and the key player in this story share the same name. Well, this had to have been just a coincidence, right? What happened next, however, suggests not! Two days later, I was sitting on the couch, reading the newly-surfaced account of a person who – in the 1970s – had a Contactee-style experience that paralleled the 1952 encounters of Truman Bethurum, whose claims I related in my book. According to Bethurum, on a number of occasions at a place called Mormon Mesa, Nevada, he met with a group of aliens – led by their Captain, the hot and shapely Aura Rhanes, who supposedly came from a planet called Clarion. Like most of the stories of the Contactees, Bethurum’s was highly controversial; it attracted just about as many believers as it did disbelievers. But, as I noted in my Contactees book, I was of the opinion that Bethurum had an interaction with something. The precise nature of that something is, of course, open to interpretation. The story isn't quite over. 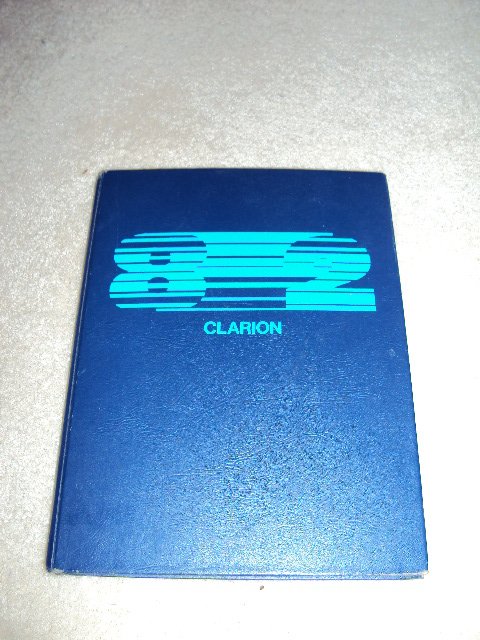 After I put away the file on this newly-surfaced story, Dana asked if I could help her find her digital-camera which she had misplaced. We looked high and low, but failed to find it. But, while checking behind the TV set – to see if the camera had perhaps fallen there – I came across Dana’s high-school yearbook for 1982. What on earth does this have to do with the Contactees, you may justifiably ask? Okay, I’m coming to that. Dana grew up in the Cayman Islands and graduated from school there. I picked up the yearbook, with the intention of moving it to one side while I looked around for the camera, and was startled by something I had never noticed before: the cover of the book read: 82 Clarion. How odd that after spending two hours reading a report very similar to that of Truman Bethurum and his friends from Clarion, that I should then, immediately after, stumble across a book with that very word – Clarion – adorned across its cover. A very strange few hours, to be sure!

Russia Declassifies Footage Of The Most Powerful Nuclear Bomb In History