More on the Mystery of Phantom Black Dogs

Just a couple of days ago I wrote an article here at Mysterious Universe on a Phantom Black Dog that was seen a number of years ago in West Texas. Although the PBD phenomenon is largely viewed as a U.K.-based phenomenon, the fact is that these strange and supernatural hounds can be found in various parts of the world. One area that has a particularly long history of Phantom Black Dogs is Latin America. The leading researcher in this field of Latin America’s supernatural hounds is Simon Burchell. He is the author of Phantom Black Dogs in Latin America. Running at 38 pages, Burchell’s work is obviously very much a booklet rather than being a full-length book. But, that certainly does not detract from the most important thing of all: that its pages are packed with case after case, each offering the reader little-known and seldom-seen information on the definitive Latin American cousin to Britain’s more famous counterpart. 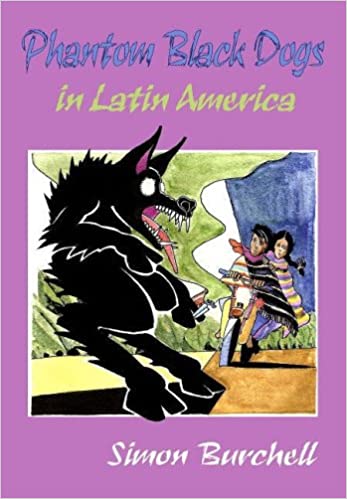 And here’s the even better news: the booklet is available as a free download. Notably, Burchell’s publication details the truly startling wealth of similarities between those creatures that were seen centuries ago in the United Kingdom, and those reported throughout Latin America in the last one hundred years. Namely, the diabolical, glowing eyes; the association that the phantom hound has with both life after death; how seeing the beast may be a precursor to doom and tragedy; its occasional helpful and guiding qualities; the fact that the animal is usually witnessed in the vicinity of bridges, crossroads, and cemeteries; its ability to shape-shift and change in size; and not forgetting the most important thing, of course: its perceived paranormal origins.

Burchell also reveals how the legends of the phantom black dog of some Latin American nations – such as Guatemala, for example – have been exploited by those people with draconian and outdated morals. For example, there are widespread tales of people that enjoy having a drink or several incurring the dire wrath of the phantom black dog – which, as Burchell says, "was certainly popularized by the Catholic Church which used this legend and others as moralizing tales." Winged hounds – whose appearance and activities smack strongly of the modern day Chupacabras of Puerto Rico – are discussed, as are copious amounts of data that make a link with tales of a truly dark and satanic nature. Burchell also reveals intriguing data suggesting that at least some tales of the black dog might be based upon cultural memories and stories of very real, large and ferocious hounds brought to the New World by the Conquistadors centuries ago – "savage and ferocious dogs to kill and tear apart the Indians."

With all of that said, however, it is clear that the overwhelming majority of reports of the phantom black dog in Latin America parallel those of Britain to a truly striking, eerie and extraordinary degree – in the sense that they appear to be something other than flesh-and-blood entities. As Burchell states: "Although the Black Dog may appear at first glance to be a British or north European phenomenon, it exists in essentially the same form across the entire length and breadth of the Americas. Much has been written upon the presumed Germanic, Celtic or Indio-European origin of the legend but such an origin would not explain how a highland Maya girl can meet a shape-shifting Black Dog at a Guatemalan crossroads. It appears that the Black Dog, much like the poltergeist, is a global phenomenon." If you are into tales of the supernatural, or stories of those strange beasts that very much lurk upon the fringes of Cryptozoology, this is a title not to miss!