Move Over, Venus — Russians Claim to Find Life on a Different Planet

Is there a new space race in progress – besides the ones to put humans on Mars and big weapons in orbit? Just days after one group of astronomers reveals they have found phosphine gas in Venus’s atmosphere that is a strong indicator of the presence of life floating around up there, a group of Russian astronomers announce they have clear images of fossils from living microorganisms in a meteorite that came from an exoplanet outside of our solar system – life that existed even before the solar system came into existence. Race over? Or is this just an early lap before the first pit stop? 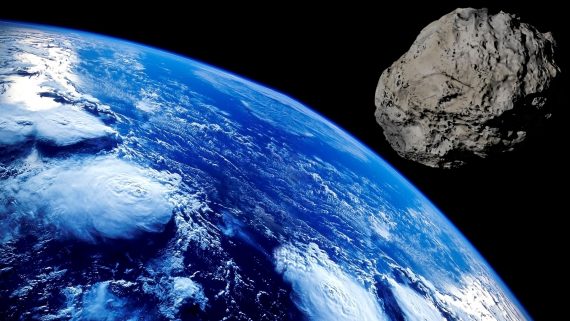 “The images we have obtained are unambiguous and easy to interpret. However, there will be many debates about it. People who have never worked in this field are the ones who argue the most."

Aleksey Rozanov, the chief research officer at the JINR Astrobiology Center, told the news agency RIA Novosti that he and a research team from the Paleontological Institute of the Russian Academy of Sciences and the Joint Institute for Nuclear Research are about to release a collection of high-quality electron microscope images of fossils from "micro-aliens" found inside the Orgueil meteorite which fell in Orgueil, France, on May 14, 1864. Those in the meteorite world know that the 20 stones which were collected are perhaps the most studied meteorite in the world. In fact, stories of organic matter similar to peat being found on it emerged almost immediately after its discovery, along with its unusual composition indicating it was probably not from our solar system. And yet, Rozanov is touting this as a ‘new’ discovery. Why?

"This is not a discovery, but the establishment of a solid fact that panspermia is a real phenomenon."

Mikhail Kapralov, Junior Researcher of the Laboratory of Radiation Biology of the Astrobiology Section of the Joint Institute for Nuclear Research, explains that the team used the electron microscope to look inside the meteorite – in its crevices and inner cleavages where evidence would exist that was not picked up when the meteorite landed in France. They found fossilized magnetotactics – bacteria that align along a magnetic field – and fossils similar to coccoid, the rod-shaped forms of prokaryotes, acritarchs, protists, alveolates and armored amoebae. If all of this is real, this is truly a game-changing discovery.

Meteorite experts may remember the infamous Orgueil hoax. In 1965, a fragment of the meteorite, which had been kept in a sealed glass jar since it was recovered, suddenly appeared to have a seed embedded in it. An investigation found it was from a European rush (a grass-like plant), that was glued into it and covered with coal dust. The hoaxer was never found. The researchers also reference the works of “American academician Richard Hoover.” Hoover, a former NASA scientist, was the author of the so-called “Hoover Paper” published on the Journal of Cosmology in 2011 which claimed he had found evidence of fossils in numerous meteorites. The controversial (in the scientific world) journal was criticized for publishing it and NASA disassociated itself from him.

Aleksey Rozanov released a few images of the alleged fossils (see them here) and promises that all will be published in November. Will they prove we’re not alone in the universe? That remains to be seen. Will they end the controversies? Probably not. Is there a race on to find any kind of evidence of life other than us? Roxanov has the best answer:

"Much was found already then, but out of fear it was not so interpreted so as not to frighten people."