Most people would probably say they have a good idea of what time is. A minute passes, an hour, today becomes yesterday as we move to tomorrow. The past is behind us, the future is ahead of us, the now is the now. It seems as if this is immutable and that surely everyone is aware of this without saying. Many Westerners see time as linear. That is, we move through time in a straight line from point A to point B, with one moment moving in a straight progression on to the next, and a clear progressions between today, tomorrow, and yesterday. Yet, while to experience time this way was once thought to be a universal trait among human beings, this seems to be far from the case, and indeed there are some rather profound difference in how different cultures view the basic concept of how time passes and works. Here we will look at some isolated peoples who live away from our world of clocks and calendars, and who have some rather unique and often baffling concepts of time.

In the remote wilds of the Finisterre mountain range of north-east Papua New Guinea there is an isolated village by the name of Gua. Here there are no roads, no cars, no modern technology, and it is about as removed from civilization as you can get. This is the home of the mysterious and little-known Yupno people, who largely shy away from the outside world, with only infrequent contact with outsiders such as missionaries or government workers. For these people their lifestyle has not changed much over time, and indeed time itself has a rather unique perception here. 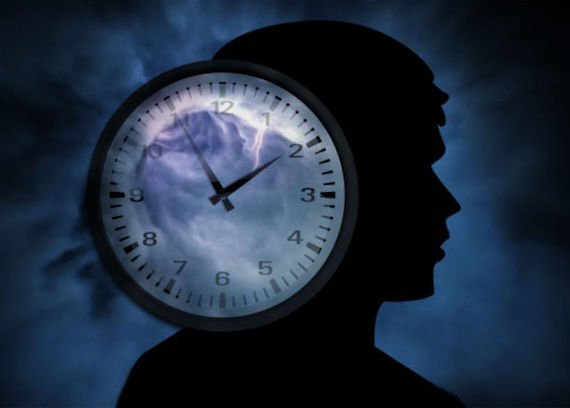 For the Yupno, time is very closely intertwined with the very landscape itself, namely the river that dominates the area. Researchers who have studied these people have found that their timeline and perception of time followed the river’s course very closely, with time winding uphill to the rivers source as it follows the curvature of the waterway and even a kink in the river. When asked about future and past events, the Yupno consider the past to lie downhill towards the mouth of the river and the future to lie uphill towards the source, and tribespeople will always gesture downhill when talking about the past and uphill when talking about the future. the two are inextricable. Essentially, time for them flows uphill. Even if the Yupno is facing downhill, they will point behind them if mentioning the future and vice versa. Time is also nonlinear for them, following the curvature of the river, meaning that time only goes in a straight line when the river is straight, and that their timeline has a kink in it where the river actually kinks. Interestingly, when indoors the Yupno will point towards the doorway when talking about the past and away from the door when talking about the future, regardless of the orientation of the house, partly because the doorways are raised and so they have to climb down to leave the premises, and so the doorway is perceived as facing or going downhill towards the past. One researcher has said of this unique perception of time:

This is the first time ever that a culture has been documented to have everyday notions of time anchored in topographic properties. This study is an important landmark. It demonstrates both universality of cognitive processes and a fascinating cultural difference. Each one of these discoveries isn’t just telling us something about other people, it’s telling us something about us. A lot of English speakers think that it’s natural to think of time as a straight line. But that’s an illusion. It doesn’t have to be that way.

The tribe has not been thoroughly studied, and there is still much we do not understand, but it does show us that people from different cultures can have fundamentally different views on time and how it works. For the Yupno time flows uphill and in accordance with the geography, and interestingly there are other cultures that tie time to a sense of spatial or directional awareness. In the remote wilderness of the western side of the Cape York peninsula in Queensland, northern Australia, we have the Australian Aboriginal community of Pormpuraaw. Here, the people see time not as going forward or backward or uphill or downhill, but rather in a unique way all their own. For the Pormpuraaw, relative spatial relationships such as up, down, front, and back, are not used at all, but rather absolute directions such as north, south, east, west, etc. 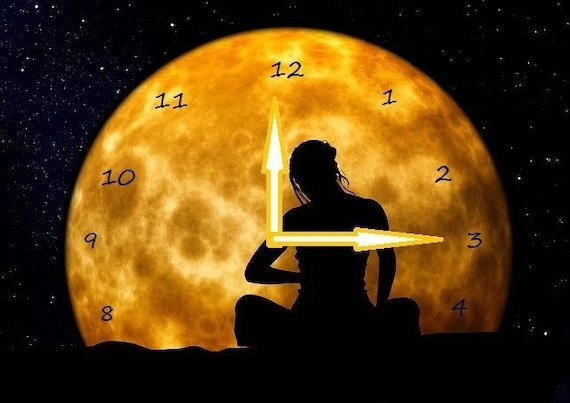 This tendency to use directions infuses all aspects of life here. For instance, if a Pormpuraaw wanted you to hand them a utensil, they might ask you to pass the one to the west of the plate, and so on. This of course extends to how they view time, as in their culture time always flows from east to west, no matter which direction they happen to be facing at the moment, for instance it flows from left to right when one is facing south, from right to left when one is facing north, toward the body when one is facing east, and away from the body when one is facing west. Researchers have found that when given cards depicting a temporal order, a Pormpuraaw will always arrange them in order from east to west, no matter how the table is rotated, whereas a typical westerner will typically just arrange them from left to right, only arranging them east to west by pure chance. Similarly, when shown a dot and told it is “today” and asked where tomorrow would lie, the Pormpuraaw will place a second dot to the west of the first. Someone with a linear sense of time will just place it to the right. Interestingly, such is their innate dependency on absolute directions that the Pormpuraaw were found to be uncannily accurate with knowing the directions relative to their location, even without a compass, down to within 10º in either direction, every time almost without fail.

If all of this isn’t weird enough as it is, how about a culture that has no real concept of time as we know it at all? Deep within the Amazon rainforest of Brazil is the Amondawa tribe, which is so isolated that they were only first contacted by the outside world in 1986. For the Amondawa, time is a nebulous concept. They do not have words in their language for "hour," “day," “month” or “year,” or even a word for “time” for that matter. They do not have ages in the way we think of them, but rather names that change as they progress in their society, and indeed their counting system only goes up to four. They don’t have calendars and nothing like a clock in any sense of the word. The years pass through “dry season” and “rainy season” rather than months or years, and in fact they have no concept of what a year even is. There seems to be no "mapping" between the concepts of time passage and movement through space. That is to say, they don’t have a concept that an event has “passed” or that one is “coming up,” or that an event was “long” or “short.” Indeed, there are no words of any kind related to the measurement of the passage of time in any metaphorical sense. 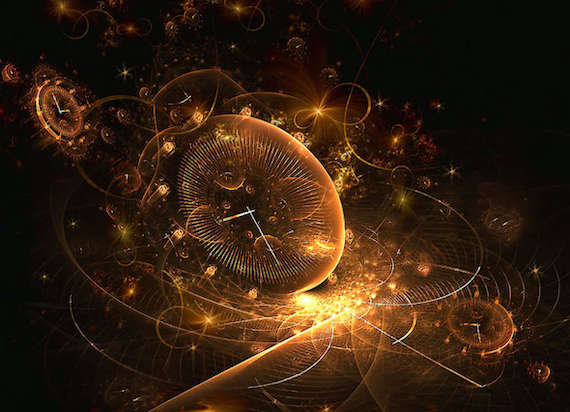 In a sense, they seem to almost live in a continuous "now," have no linguistic structures that relate time and space, and the use of language to denote specific points in time is limited to something like meeting “the next daytime” rather than “tomorrow.” It does seem that the Amondawa are capable of cognitively recognizing the passage of time, they are vaguely aware of it, they just don’t operate as a part of it. One Chris Sinha, a professor of psychology of language at the University of Portsmouth, has said of this:

We're really not saying these are a 'people without time' or 'outside time.' Amondawa people, like any other people, can talk about events and sequences of events. What we don't find is a notion of time as being independent of the events which are occurring; they don't have a notion of time which is something the events occur in. None of this implies that such mappings are beyond the cognitive capacities of the people. It's just that it doesn't happen in everyday life.

It is somewhat amazing that such a seemingly simple concept of moving through time from the past to the future has so many permutations among us, but it is perhaps on reflection not so surprising. After all, time is a concept that our brain has very little outside stimulus on which to gage it. Sure we have clocks, calendars, the sense that one day ends and another begins, but what is time really? How does our mind really have anyway to gage it and objectively measure it? It seems that it is a very malleable concept, and that those who live apart from mainstream civilization should naturally develop a different perception of time in the absence of our ways of trying to measure it. Looking at how these perceptions change show us the true uniqueness that each culture possesses and the various ways they interpret the reality they are presented with. It is a fascinating glimpse into the workings of our psyche and what it means to be human, and well as a humbling look at how we try to find a place within this vast universe of ours, full of things we have yet to understand and some which may lie forever beyond us.