How far can one get in 15 minutes traveling at just under the speed of light? Without doing any complex math, it’s common knowledge (at least it was until the coronavirus shutdown and we forgot everything we learned in school) that sunlight takes a little over eight minutes to reach Earth (one astronomical unit), so in 15 minutes you could get to Mars and back or halfway to Jupiter. Fifteen minutes is also the amount of fame Cal Fullerton physics professor emeritus Jim Woodward is getting from a Wired article on his MEGA (Mach-effect gravitational assist) thruster that runs on piezoelectric crystals vibrating on an electric current. Woodward claims he’s finally made it work and is ready to show the world … if not travel to Alpha Centauri. Should Elon Musk be worried?

“Woodward realized that if Einstein was right and inertia really is gravity in disguise, it should be possible to detect these brief changes in an object’s mass as its energy fluctuates. If part of an object accelerated at the exact moment when it became a little heavier, it would pull the rest of the object along with it. In other words, it would create thrust without propellant.

Woodward called these temporary changes in mass “Mach effects,” and the engine that could use them a Mach-effect thruster. By combining hundreds or thousands of these drives, they could conceivably produce enough thrust to send a spaceship to the stars in less than a human lifetime.” 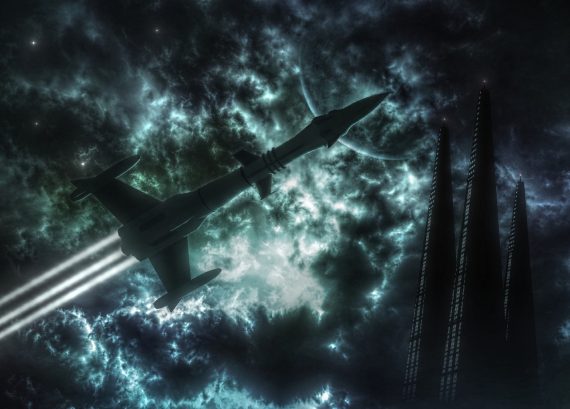 In a richly detailed interview, Wired covers Jim Woodward’s life and how he arrived at the MEGA thruster. While he has often been criticized for his theories, this one got enough attention from NASA that he and partner Hal Fearn, a physicist at California State University, received a grant to build a protype MEGA thruster. The ‘drives’ would be stacks of piezoelectric crystals which generate energy when electrically charged. The charge would come from a nuclear power source. Woodward and Fearn had claimed before that they’d built a MEGA thruster, but others could not duplicate it – a fact Woodward eventually determined was due to an error Fearn made in measurements. However, they stayed together and in June 2020 they made a small change to the thruster mount on the prototype which caused it to come alive and lurch. That lurch was not at or near the speed of light, but Woodward’s theory is that it will accelerate over time to achieve that velocity.

“I was shocked at the huge increase in measured force.”

Is Fearn declaring victory? Unfortunately, something else was going on in June 2020 – the coronavirus shutdown. Woodward is a survivor of stage IV lung cancer living with COPD, and is being treated for relapsed Hodgkin's lymphoma. In other words, he can’t travel to demonstrate the prototype. Not only that, most labs are in limited operation. Once that changes, he and Fearn will send the device to other physicists for testing. They know it will be met with skepticism, and that won’t be helped by the fact that the vibration frequency needed to charge the piezoelectric crystals and create thrust varies due to heat build-up. They’re using the extra time to work with an engineer to build an amplifier that will maintain a sustained thrust. 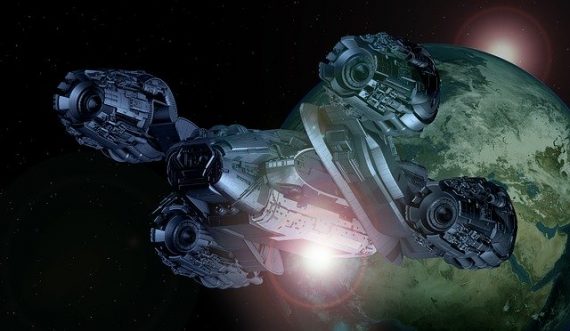 Will it work? That remains to be seen. If it does, how soon can a ship be built to use it? Who knows? Two things are certain – Woodward is pleased with his lifetime of work on advanced propulsion and his peers look at him as the leader in the field. Greg Meholic, an engineer at the Aerospace Corporation working on advanced propulsion, puts it best.

“There is a worldwide effort looking at Jim’s devices, because this is really the only game in town at this point. It's been wonderful to have someone like him in the community that actually is doing something to advance these things, because that’s what’s really critical."

Let’s hope Jim Woodward gets to see his creation in operation.