New research has revealed the true size of the Megalodon shark that dominated the waters millions of years ago and it was huge.

Megalodon’s scientific name is Carcharocles megalodon which translates to “giant tooth” and its teeth were gigantic as they were about three times bigger than those of a modern Great White shark and larger than a human hand. In fact, when it bit down on something, it had the bite force of over ten tons. The majority of the fossils discovered date back to the middle Miocene epoch to the Pliocene epoch time periods (15.9 million to 2.6 million years ago). It is believed that the Megalodon became extinct around 2.6 million years ago.

While the size of a Megalodon has been debated for years, experts from the University of Bristol and Swansea University believe that they have figured out its true measurements by using several mathematical calculations and comparing it to its relatives that roam the waters today.

Co-author of the study, Dr. Catalina Pimiento, explained, “Megalodon is not a direct ancestor of the Great White but is equally related to other macropredatory sharks such as the Makos, Salmon shark and Porbeagle shark, as well as the Great white,” adding, “We pooled detailed measurements of all five to make predictions about Megalodon.”

Another co-author of the study, Professor Mike Benton, went into further details, “Before we could do anything, we had to test whether these five modern sharks changed proportions as they grew up.” “If, for example, they had been like humans, where babies have big heads and short legs, we would have had some difficulties in projecting the adult proportions for such a huge extinct shark.” 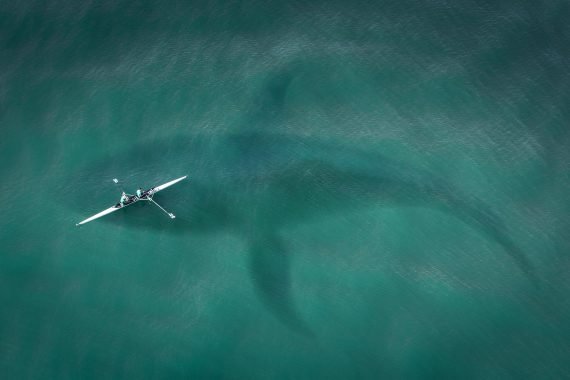 Interestingly, they were able to determine that the Megalodon babies were basically born as small adults and their proportions remained the same as they aged and grew. “This means we could simply take the growth curves of the five modern forms and project the overall shape as they get larger and larger – right up to a body length of 16 meters,” noted lead author of the study, Jack Cooper.

Their study was published in the journal Scientific Reports and can be read in full here.