Whenever there’s a big announcement or revelation in astronomy, space exploration or space science, you can count on Dr. Avi Loeb, Frank B. Baird Jr. Professor of Science at Harvard, to have a new angle that will top the announcement and occasionally blow some minds. Fast radio bursts? Loeb said it’s aliens. The ‘Oumuamua interstellar visitor? Alien spaceship. Planet 9? An ancient binary twin of the Sun captured it. With the recent announcement of the discovery of signs life could exist in the clouds of Venus, Loeb quickly turned to Mars and described how the cloudless Red Planet could still have life right now – you just have to look underground. Is he talking microbes … or giant sandworms? With Dr. Avi Loeb, don’t bet against the sandworms.

"Both the Moon and Mars lack an atmosphere that would allow liquid water to exist on their surfaces, but the warmer and pressurized regions under the surface could allow the chemistry of life in liquid water."

In a statement about his new paper published in The Astrophysical Journal Letters, Loeb describes why he thinks the search for Marian life need to go underground – water, pressure to make it move and the chemical reactions needed to provide energy. Loeb is co-author with Dr. Manasvi Lingam, an assistant professor of astrobiology at the Florida Institute of Technology and an astronomer with Loeb at the Center for Astrophysics | Harvard & Smithsonian. Lingam points out places on Mars to start the search. 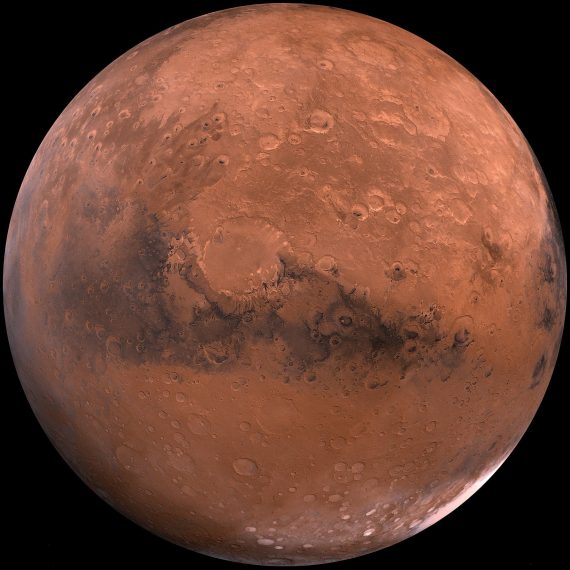 "Some that we have taken into account for subsurface searches include drilling near to the equator where the subsurface biosphere is situated closer to the surface, and seeking geological hotspots with higher temperatures."

"We need to be able to drill tens of kilometers under the surface of Mars, and without geological activity exposing these deep layers, we will not be able to explore them."

Good idea. You want to dig where the digging is easy, especially since NASA's InSight lander was supposed to drill down 16 feet (five meters) but got stuck at 14 inches (35 cm) for months until it was finally freed. Loeb, of course, has a plan that could be tested on the next Moon mission.

“Drilling might be possible in the context of the Artemis program to establish a sustainable base on the Moon by 2024. One can imagine robots and heavy machinery that will drill deep under the lunar surface in search of life, just as we do in searching for oil on Earth."

Why not look for “the spice”? That would be a sure sign of giant sandworms in the vicinity.

Fans of Frank Herbert’s “Dune” sci-fi series know that the giant sandworms on the planet Arrakis hatch larvae that produce melange, the mystical “spice.” The sandworms were 400 meters (1,300 ft) long and 40 meters (130 ft) in diameter and showed up at the slightest vibration. True fans also know that the reason why Arrakis is the only planet they can live on is  because it has no water, which is deadly to sandworms. Loeb already told us that Mars needs water for life. Besides, Insight’s banging away with its robot arm on that stuck drill would have summoned a sandworm already.

OK, no sandworms. What is Loeb going to be drilling for?

That sounds scary. How big are these extremophilics? 'Extremely' big?

Sorry. Loeb says the “extreme” refers to the environment they can live in, not their size.

"Extremophilic organisms are capable of growth and reproduction at low subzero temperatures. They are found in places that are permanently cold on Earth, such as the polar regions and the deep sea, and might also exist on the Moon or Mars."

Oh, well. This is probably disappointing to “Dune” fans but a relief to Mars astronauts-in-training who don’t need to add ‘sandworm-riding’ to their regiment. As always, Loeb’s idea that life on Mars is more likely to be underground makes sense. And, also as always, we don’t have the technology yet to test Loeb’s theory.

Maybe he has a theory on the existence of giant floating sandworms on Venus.