Strange Tales of Giants in Arizona

Throughout history and cultures, one pervasive myth that infuses a great many is that of the idea of giants walking amongst us. It seems to be a common theme in the lore of many peoples, taking many shapes and forms, and there have at times even been supposed reports of finding the remains of these lumbering hulks. One such area of this phenomena has apparently popped up in the wilds of the U.S. state of Arizona, where there have been reports of uncovering remains and even having sighted living specimens of real giants for centuries.

In 1911, heavy rains flew through the wilds of Yavapai County, Arizona, and one of those hit was a farmer by the name of Peter Marx, who lived along Walnut Creek, at a place called Juniper. The rains were fierce, causing heavy floods that wrecked large portions of the area, and when Marx went out to survey the damage when it was all over, he found something very strange, indeed. There, poking up through the earth was what appeared to be an enormous bone, and as Marx dug it out it soon became apparent that it was what seemed to be a human leg bone. The thing was, it was reportedly far larger than that of any known human being, and things got even stranger as he continued to dig. He would soon find an array of other outsized bones, as well as an immense human skull far larger that the size of that of a normal man, and Marx would say of this skull and the accompanying bones: 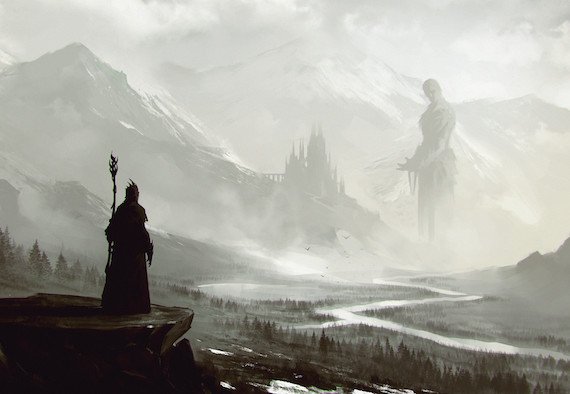 The skull is of such an abnormal size that if the average man of this day placed it over his head, he still could find room to move it backwards and forwards or up and down with ease, without disturbing his natural position. From measurements taken from the skull, a number 10 hat would be required to fit it. The teeth, several of which are still imbedded in the jawbone, substantiate the immense size of the head. They are fully one third larger than those of the men today and present more the appearance of tusks than molars of the human family. As to the bones, there is no disputing the fact that the owner was symmetrically formed, of immense size and herculean strength. The thigh and lower limbs indicate at least twice the size of the average man of today. The bones of this monstrous human may have represented a race of men or a single individual. At any rate, the skeleton of the man in my possession is sufficiently complete so that the dimensions, which are astounding, may be accurately ascertained.

Marx continued his impromptu dig of the site, and would curiously unearth a wide range of ancient artifacts as well, including stone hooks to hold garments together, stone axes and butcher knives, pottery, and most oddly what appeared to be metal arrowheads and spears. This was considered to be very odd, as the Natives of the region would have used stone, and would not have had metallic weaponry. At the time, this remarkable discovery was featured heavily in the newspapers, curiosity seekers poured in to see the giant remains, and there was purportedly interest shown by the Smithsonian Institute. However, in the end, Marx would not let anyone take away the remains to be analyzed, and stalled any attempt by the Smithsonian to appraise them because he said he was still deciding what to do with the skull and bones. After this, the whereabouts of these alleged bones become unknown, and frustratingly no one knows what happened to them in the end. 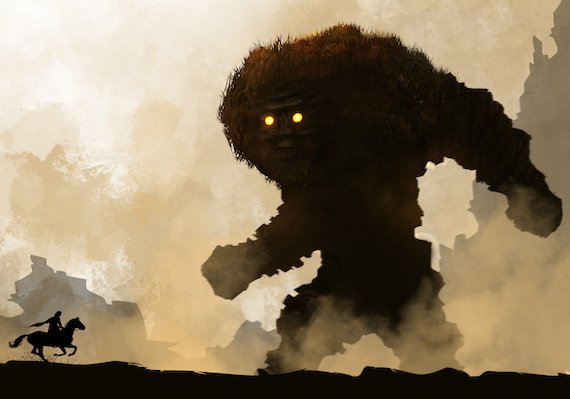 Interestingly, a very similar set of remains was allegedly found in 1913 at Sycamore Creek, Arizona, where road construction workers dug up the remains of a humanoid that would have stood over 8 feet tall in life, surrounded by ancient beads that were thought to date back to the Toltec Period. The report even makes a direct comparison between these and those found by Marx. Once again, the remains just seem to have sort of disappeared, leaving us with nothing to go on other than some news reports from the era, and we are left to wonder if such giant humanoids once roamed the wilds of Arizona. One very interesting point worth considering is that there are apparently historical sightings of actual living giants coming from in the region. According to PrescottAZHistory, one report of this came from the expedition of the great New World explorer Coronado, who was on a voyage up the coast past Sonora, Mexico, which borders Arizona. The record of this, written by a chronicler of the voyage, Pedro de Castaneda, which tells of a captain Hemando de Alarcon, who went off to bring supplies for soldiers up the coast, but soon contact with Alarcon’s ships was lost and a Don Rodrigo Maldonado was sent out to find out what had happened to Alarcon. Although he was unable to find the ships he sought, he apparently came back with a captive Indian who was so tall that the tallest explorer only came up to his chest. The report continues:

Soon after this, while still trying to establish contact with Alarcon, Captain Melchior Diaz came across another tribe of giants. Taking twenty-five of his most efficient men and some guides, Diaz struck out toward the north and west in search of the seacoast and the ships. After going about 150 leagues they came to a province of exceedingly tall and strong men–like giants. They live in large straw cabins built underground like smoke houses, with only the straw roof above ground. They enter these at one end and come out at the other. More than a hundred persons, old and young, sleep in one cabin. When they carry anything, they can take a load of more than three or four hundredweight on their heads. Once when our men wished to fetch a log for the fire, and six men were unable to carry it, one of these Indians is reported to have come and raised it in his arms, put it on his head alone, and carried it very easily.

In the end we are left with only historical reports and very little in the way of actual physical evidence, so we are left to ask ourselves. Did giants ever roam the wilds of Arizona?  It all fits into other similar reports from all over the world, so what are we dealing with here? Were these just misunderstandings and hoaxes. or did giants truly once roam the earth? We may never know for sure.

Canine Bones As Old As 20,000 Years May Be The World’s Oldest Pet