Supernatural Creatures That Will Make You Sick

It’s a fact that when our bodies become depleted of vital energies and essential vitamins and minerals we fall sick – it’s all but inevitable, too. One only has to look at two medical conditions that serve perfectly to make that very point. They are anorexia and anemia. The symptoms and side-effects of anorexia – the desire to stay thin, at all costs, even ones’ health – are many. They are potentially life-threatening, too. They include liver problems, low blood pressure, exhaustion, fainting, seizures, and, of course, weight loss. As for anemia – which is caused by a lowering of red cells in the blood – the symptoms are equally serious: hemorrhaging, ulcers, severe weakness, cramping in the legs, and shortness of breath. And, both anorexia and anemia have one, grim thing in common: if left untreated, over time they can lead to death. Of course, anyone – at any time – can fall sick. And, just because someone is involved in the world of the paranormal doesn’t mean that every illness is somehow connected. It would be absurd to even suggest such a thing. We are all human and, unfortunately, we all get ill – sometimes with minor issues and on other occasions to an extremely serious degree. Particularly intriguing, though, are those cases in which the condition has come on in the immediate aftermath of a paranormal encounter. As in hours – or, at the very most, just a few days.

Joseph McCabe, a Franciscan monk, who passed away in 1955, knew a great deal about all of this. He spent years poring over ancient texts and doing his utmost to understand the nature of the creatures that so terrified those who lived in Mesopotamia, and particularly so the Sumerians. McCabe had a particular interest in a pair of highly dangerous demons called Lilu and Lilitu who lurked in the region. He was clearly aware of how illness was a side-effect of a supernatural encounter. He said, in The Story of Religious Controversy: "Did a maid show the symptoms of anemia? Obviously Lilu or Lilitu had been busy at night with her body."  McCabe went on to list literally dozens of cases he had on file of people who had nighttime encounters with supernatural entities and who, shortly thereafter, began to exhibit signs of anemia. Sometimes acute anemia, but in incredibly quick time.  This all strongly suggests that certain paranormal things were depleting the people McCabe referred to in significantly dangerous fashion. 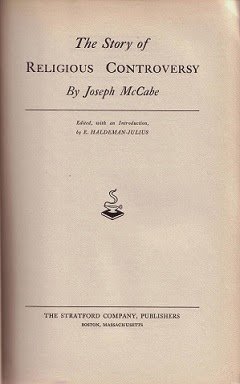 A perfect example of someone falling ill very quickly after a paranormal event is that of Albert Bender, the guy who pretty much kicked off the whole Men in Black mystery in the early 1950s. After allegedly getting too close to the truth behind the UFO phenomenon, Bender was visited by three strange and menacing MIB. They were not of the Will Smith and Tommy Lee Jones type, though. Rather, they were far more like today’s so-called Shadow People. They were phantom-like things with shining eyes and bad attitudes that walked through the walls of Bender’s attic-based abode in Bridgeport, Connecticut. Bender was terrified by the warnings of the MIB, who told him to quit Ufology. Or else. As it turned out, it took several threats and creepy encounters before Bender finally heeded the words of the terrible trio. When all of this was going down, Bender went down too: with head-splitting migraines, severe stomach pains, faintness, and issues with his short-term memory. And, he lost significant weight – suggesting he too was being fed on. Was all of this due to the fear and stress that had been instilled in Bender? Or, had he somehow been supernaturally attacked? Who knows? But, things didn’t end there: Bender – quite out of the blue – developed a fear that he had cancer. Fortunately, he didn’t have cancer at all: after quitting Ufology, and getting married, the symptoms went away and Bender lived to the ripe old age of 94, passing away in 2016.

In early 2016, I spoke with an Englishman, "Robbie," who had a disturbing encounter that falls right into this particular category.  In August 1982, he had a somewhat similar experience after an encounter with what sounds like one of the Shadow People. Robbie, who was fourteen at the time, was living with his parents in Beckenham, Kent, England. He had a traumatic encounter with what he described to me as "a flat black-colored shadow [which] crawled on the bedroom ceiling." During the encounter, Robbie experienced a bout of sleep paralysis and said that the room “suddenly smelled like dirt.” Robbie was soon hospitalized with meningitis. It was fortunate that the condition was quickly caught, and Robbie made a full recovery. There is, however, a disturbing afterword to all this: several months later Robbie was hospitalized after fainting while playing soccer at school. He was diagnosed with acute anemia. There is clearly a trend here.

In 2015, David Weatherly wrote an article for my Men in Black book titled “Children of the Men in Black.” The subject was the phenomenon of the Black Eyed Children. As so often happens when I write a book, people contact me to share their experiences. One of those was Jim Harper, who had an encounter with the BEC in March of 2008, in Florida. At the time, Jim and his wife were living in a rented duplex in a small town outside of Orlando. Jim’s encounter was a typical BEC one: there was a knock on the door late at night and Jim, having peered through the spy-hole on the front-door, saw two kids in black hoodies, both staring at the ground. He tentatively opened the door and was confronted by a pair of pale-faced, black-eyed monsters – who were now staring right at him. Jim slammed the door and never saw them again. Two days later, though, he experienced a severe case of dizziness, followed by a couple of pretty bad nosebleeds. Then, three weeks later, after feeling repeatedly sick, nauseous and shaky, he was diagnosed with type 2 diabetes. Jim’s blood sugar levels were extremely low. Having read up on the BEC phenomenon, Jim wonders if his diabetes was somehow provoked by BEC so adversely affecting him at the time of his encounter.

Finally, there is the account of Michelle, a resident of Nova Scotia, Canada. In January 2017, and just two days after having a graphic dream about the Slenderman, Michelle was hospitalized with severe ulcerative colitis – which she had never had before and which led her to drop five pounds in just a few days. She finally made a good recovery, but was shaken by the timing of the onset of the condition, which she believed (and still believes) was connected to the skinny monster of her nightmare.