Taking a Look at the “Little Green Men” Phenomenon

Within the field of Ufology, the term "little green men" turns up now and again – usually in a disparaging, fun-poking, debunking fashion. The fact is, though, that real LGM are not as common as some might think. After all, the most visible and well-known aliens of Ufology (and of pop-culture, too) are the large-headed, black-eyed Grays. And they're called the Grays for a very good reason: they are gray in color! The real Men in Black (who are clearly not human) have pale skin, sometimes almost milk-white. The Space Brothers and Sisters of the 1950s had a skin color the same as us. And, yet, the LGM words still circulate. Of course, the so-called Reptilians of both Ufology and the world of conspiracy-theorizing are said to be green in color. It has to be said, though, that the Reptilians are certainly not little in stature. In fact, quite the opposite: they tower over even us - if you buy into the tales, it must be said. With that said, just how popular is the LGM phenomenon? Let's have a look.

A researcher of folklore named Chris Aubeck has been able to determine that those three, now-famous words – little green men – date back to the final years of the 19th century. The renowned fantasy novelist Edgar Rice Burroughs wrote of the "green men of Mars" in his 1906 story, A Princess of Mars. On May 22, 1947, just one month before the term "flying saucer"” was coined (following the sighting of a squadron of UFOs seen over Mount Rainier, Washington State by a pilot named Kenneth Arnold) a reference to "little green men" was made in a Harrisburg, Illinois newspaper, the Daily Register. Although the small article was on a medical condition that can cause the skin to turn green, it demonstrates that the terminology was in popular use before UFOs were, themselves, a part of our culture. Four years later, in 1951, a sci-fi novel, Mack Reynolds’ The Case of the Little Green Men was published. 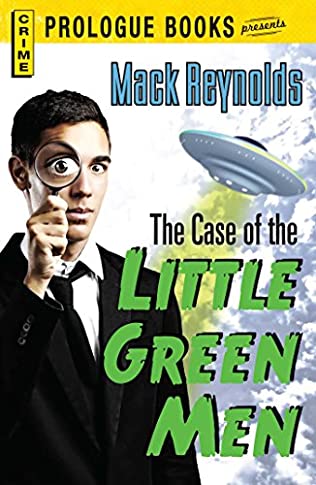 Let's now take a look into the distant past. So the tale goes, back in the 12th Century, a young girl and boy, of strangely green-hued skin, appeared in the  village of Woolpit, England, which is situated between the towns of Bury St. Edmunds and Stowmarket. The children claimed to have come from a magical place called St. Martin’s Land, which existed in an atmosphere of permanent twilight, and where the people lived underground, on nothing but green beans. While the story has been relegated by many to the realms of mere myth and folklore, it may not be just that. It might, actually, be much more. According to the old legend, the two children remained in Woolpit and were ultimately baptized by the villagers, who accepted them as their very own. And although the boy ultimately grew sickly and eventually died, the girl did not. She thrived and finally lost her green-tinged skin to normal colored skin of healthy appearance.

Aliens? Not in my opinion (you can find my views on all this at this link). I have, however, heard several UFO researchers say that the children were what we might call "proto" little green ETs. Researcher-writer Melanie Koslovic says: "It has also been suggested that the children may have been aliens, or inhabitants of a world beneath the Earth. In 1996 an article was published in the magazine Analog concerning this mystery; astronomer Duncan Lunan hypothesized that the children were accidentally sent to Woolpit from their home planet due to a malfunction in their 'matter transmitter.'" Such is the passage of time, we'll probably never get the full story of those strange kids. What all of this tells us is that yes, the "little green men" terminology is indeed ingrained in the field of Ufology. The extent to which it has a place in reality, however, is quite a different thing. For me, at least.