Taking a Look at the Phantom Hound of West Texas

Reports and sightings of large, black, red-eyed dogs of a supernatural type are well-known in the U.K. They are known as "Phantom Black Dogs." As Anomalyinfo.com note: "Tales are told of a large semi-phantom dog with fur that's blacker than the night and eyes that burn like red coals. These 'Black Dogs' appear and disappear in a moment, and can be solid as any true dog or thin as smoke whenever they wish. Black Dogs are one of the more complicated paranormal phenomena reported, both having a clearly legendary base of stories coupled with claims of first and second-hand actual sightings and encounters. Are they a story that has come to be mistaken for real? Or are they a real phenomena that has been cloaked in myth? It's unlikely a clear answer will ever be found." 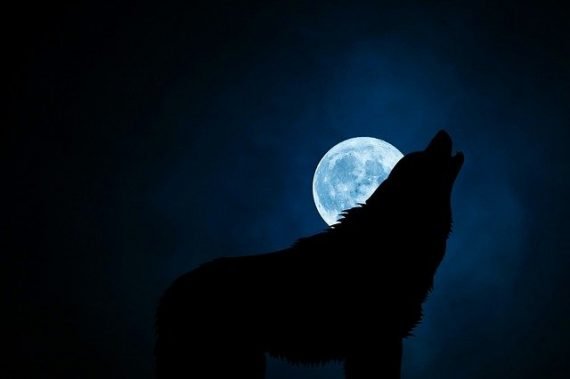 Modern Farmer provides the following: "Tales of monstrous black dogs, often with glowing red eyes, abound worldwide, but especially in England. Black Shuck is a popular one, but many regions have their own versions. They're called The Gurt Dog, Padfoot, Barguest, The Hairy Hound, The Yeth Hound and the Grim, among other names. In the Isle of Man they're called a Moddey Dhoo and in Scotland a CÁ¹ SÁ¬th. Black dog legends inspired Sir Arthur Conan Doyle’s 'The Hound of the Baskervilles' and a Grim makes an appearance in 'Harry Potter and the Prisoner of Azkaban.' A cursory search will reveal numerous Black Dog Pubs, Black Dog Restaurants and Black Dog Inns scattered across England."

Indeed, legends of the Phantom Black Dogs abound in the U.K. Far less well known, however, is the supernatural black hound that haunts a certain part of Texas, the Lone Star State. Ronda is a woman I met with in the early summer of 2007. At the time, she was living in Amarillo, Texas, specifically in Amarillo, located in the Lone Star State’s famous Panhandle. Ronda had a very curious story to relate concerning an encounter she had in Palo Duro Canyon - or Palo Duro Canyon State Park, as it is also known. It is a huge canyon located very close to Amarillo. In 1874, a violent battle occurred in the canyon that involved the forces of the U.S. Army – under the control of Colonel Ranald Slidell Mackenzie – and the indigenous Kiowa and Comanche Native Americans. The latter two groups suffered badly: many of them were killed and in excess of 1,000 of their horses were shot dead. 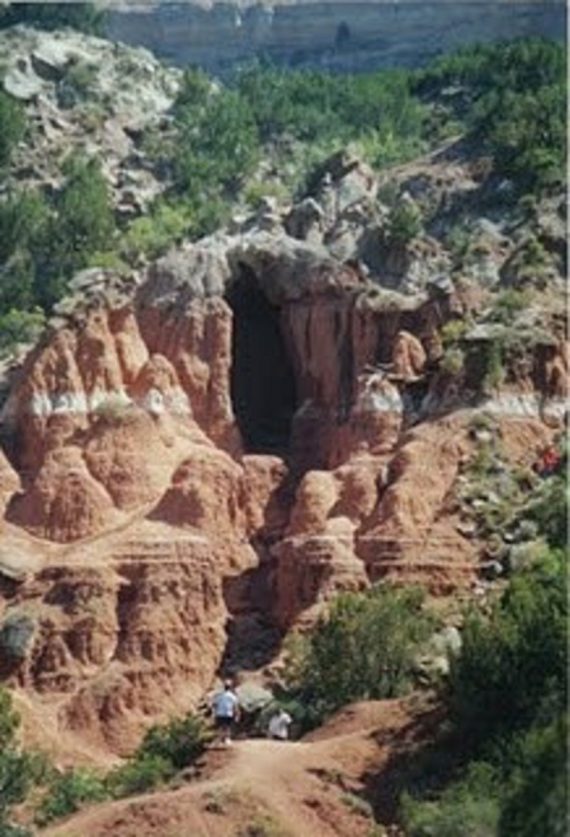 According to Ronda, only a very short time before we had an initial telephone chat, she and her daughter had a very odd experience while picnicking in the heart of the canyon. The pair was having a fun time – that is, until a sense of being spied on overwhelmed them. Their instincts proved to be correct. Not far away was a huge, black dog which stared at them intently. It appeared to be a normal dog, but there was something about it that gave both mother and daughter shivers. As if on cue, the animal suddenly started to bark furiously and growled in savage fashion. And then it moved towards them. That was not a good development.

As the huge hound got closer, they could see that there was something very strange about its eyes: they emanated a silvery glow. Bizarrely, the dog seemed to be walking slightly above the ground; almost as if it were floating – which is what the two women concluded is exactly what happened. Then, came the most amazing, and frightening, part of the confrontation: the large dog transformed into an equally large black cat. The two, hardly surprisingly, fled the area and watched with mouths agape as the animal vanished before their eyes. Thankfully, Ronda has not had any other encounters with the eerie, paranormal hound.