The “British Bigfoot” – A Supernatural Beast

Just a few days ago I wrote an article here at Mysterious Universe titled "Bigfoot: Why Can't We Get the Proof?" It demonstrates that the Bigfoot creatures are not what they appear to be. In other words, they are something far more than just unidentified, North American apes. They are much weirder than that. As I noted, the creatures seem to be impervious to bullets. No Bigfoot DNA has ever been found. There are cases of the creatures vanishing - literally - in front of people. And the list of high-strangeness goes on and on. The same goes for the "British Bigfoot." Yes, as amazing as it might sound, the U.K. has a long history of strange, hairy creatures in its midst and that resemble Bigfoot, too. And guess what: the U.K.'s Bigfoot is just as weird as its American cousin. The scenario of such creatures roaming around the U.K. is, even I have to admit, absurd. As The Commonwealth notes: "The UK is just under 1,000 km long and just under 500 km across at the widest point." On top of that, the population of the U.K. is around 63 million. That's a lot of of people and not a great deal of land for a hairy giant - or entire colonies of them - to hide in. So, the idea that something like Bigfoot could exist in the U.K., and never get caught or killed, is ridiculous. But, people do see such things. 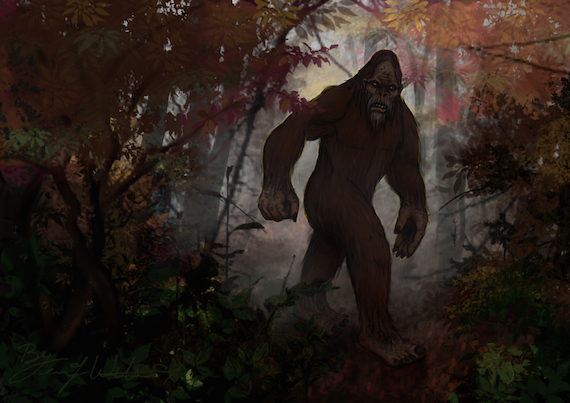 Tales of hairy "wild men" date back centuries, one being the "Orford Wild Man," which was reportedly seen in the 12th century. As Myths and Legends state: "The wild man of Orford is like many other characters of folklore. He stayed away from people, was big and heavy and very hairy. He had a human face but could only make grunts or cries. Where the wild man of Orford is different, is that he came from the sea and was caught in a fisherman's net." Now, let's take a look at one of the strangest stories; that of a beast called the "Man-Monkey." It's a hair-covered humanoid that haunts the old Bridge 39 of the Shropshire Union Canal. The creature - that had bright, glowing eyes - was first encountered at the bridge in January 1879. Since then, the creature has been seen on numerous occasions. This is no normal animal, however. Witness say the hairy thing vanishes in a flash of light. It shape-shifts into a four-legged beast. And, the fact that it has been seen for more than 140 years demonstrates this is no normal animal. Then, there's the "Beast of Bolam." In the early 2000s, there was a spate of Bigfoot-type activity at Bolam Lake, Northumberland, England. Jon Downes - of the Devon, England-based Center for Fortean Zoology - traveled to the area and actually saw the monster. Bizarrely, as Jon noted, the thing was shadow-like. That's right: a Bigfoot-type animal, but one that was far more shadow than flesh and blood.

Also, there are those stories of the British Bigfoot seen at ancient stone circles. Several sightings of such a creature were made at the Rollright Stones in the late 1970s. At The Rollright Stones website, there's this: "This complex of megalithic monuments lies on the boundary between Oxfordshire and Warwickshire, on the edge of the Cotswold hills. They span nearly 2000 years of Neolithic and Bronze age development and each site dates from a different period. The oldest, the Whispering Knights dolmen, is early Neolithic, circa 3,800-3,500 BC, the King's Men stone circle is late Neolithic, circa 2,500 BC; and the King Stone is early to middle Bronze Age, circa 1,500 BC." How curious that such a hair-covered man-beast should lurk around the ancient stones. It's not alone though. 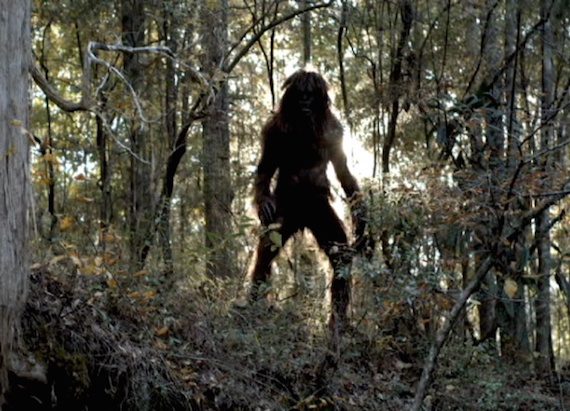 Bigfoot-like things have been seen at another ancient site: that of Staffordshire's Castle Ring. The Cannock Chase Council say of Castle Ring: "The site is believed to have been occupied between 500BC and 43 AD, and is one of the earliest pieces of evidence of settlement in the Cannock area. It was built by the resident Brythonic tribe of the area, the Cornovii. It was likely the site was a combination of defensive feature, ceremonial site, stockade, communication beacon and symbol of power to those who saw it. Their main residence was a hill fort on the Wrekin (near present day Telford) which stood near the centre of their tribal lands, while Castle Ring is near their borders with the neighbouring Coritani tribe (who occupied lands centered on present day Leicestershire)." I have no less than eight reports of large, lumbering, hairy man-beasts seen within the Castle Ring between 1976 and 2012. In every case the monsters had blazing red eyes and stood to around seven-feet in height. In other words, they closely resembled the Bigfoot of the United States. Also like the U.S. Bigfoot, the creatures of Castle Ring have the ability to dematerialize.

It's hard to say what, exactly, the "British Bigfoot" really are. What we can say, though, is that such immense animals cannot live in the U.K. and not be found and captured - if they are flesh and blood in nature, which they appear not to be. There's not enough wild land for the creatures to successfully hide in for centuries. And, most important of all, there is no fossil record of ancient apes in what is now the U.K. I have to say, though, that I have spoken to numerous, credible people who have seen these things. The only answer is that just like the American Bigfoot, the U.K.'s equivalent is something supernatural. And, it should be investigated by paranormal experts, and not by zoologists or even by cryptozoologists.