The First Chinese Emperor and His Bizarre Quest for Immortality

In the year 221 BC, the man called Qin Shi Huang had accomplished what no one had ever done before. His powerful Qin dynasty had managed to conquer the various warring states that had for centuries fought each other and from the ashes and destruction was able to unify China for the first time in its history. Rather than name himself “king,” he would be the first to proclaim himself Emperor of this new unified China, becoming the first Emperor and setting the stage for what all future leaders would call themselves for the next 2,000 years. Under Qin Shi Huang’s rule, China saw rapid and immense expansion, major economic and political reforms, an ambitious national road system, as well as architectural marvels such as the Lingqu Canal and famously the Great Wall of China. Yet for as many as he had conquered and subjugated there was one enemy that he knew he could not escape, and that was death itself. However, Emperor Qin Shi Huang was not about to let death get in the way of his plans to rule eternally, and to him death was another enemy that could be beat.

Just as important to this formidable leader as building his country up was his obsession with immortality, and to live forever was a goal that absolutely consumed him over his lifetime. Qin Shi Huang was convinced that immortality was possible through a concoction of special herbs, plants, and other ingredients, and he surrounded himself with his own personal herbalists, doctors, scholars, magicians, wise men, and alchemists, all on hand to advise him on what he needed in order to achieve his goal of eternal life. It was not the first time a Chinese leader had sought a mythical elixir of immortality, but Qin Shi Huang really took it to new levels. He had already managed to install a surprisingly advanced medical system for its time, with all manner of innovative treatments and medicines developed under his rule, but this was not enough for the Emperor. He did not want to be healed or cured, he wanted to never have to be healed or cured ever again. 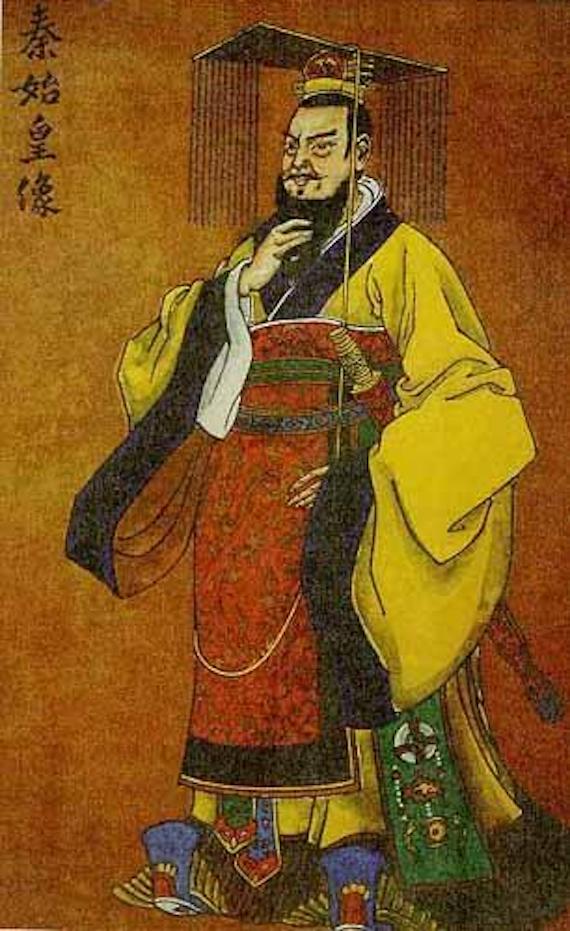 In order to find what he was looking for, the Emperor sent out men to every corner of the country, scouring the wilderness and remote villages of the land in search of the elusive key to immortality. Bamboo strips with historical records on them even indicate that he issued an executive decree that the secret to immortality be found, and so every village and city across the empire was tasked with the responsibility of fulfilling this order with haste. Indeed, the executive decree proclaimed that finding immortality was the top priority, and that everyone should drop whatever else they were doing in order to pursue it. The race was on to find the secret to immortality, and the people, both the upper class and commoners alike, toiled away looking for that one key ingredient that would allow a potion of eternal life to be created. There are records showing that some villages apologized to the Emperor for not being able to find what he was looking for and promising they would increase their efforts, while on occasion some remote outpost would report that they had found a promising herb, flower, or mushroom. However, the most promising response came from a magician who lived at a place called Zhifu Island.

The magician was called Xu Fu, and he had quite the story to tell. According to him, there was a secret cabal of eight immortals who lived away from civilization on a mysterious island called Penglai, and that they had long ago discovered the secrets to immortality. In fact, Xu Fu claimed that those immortals had been living there on that remote island for hundreds of years, led by a 1,000 year old sorcerer by the name of Anqi Sheng, and the best part was that he knew where they were and how to find them. Qin Shi Huang was convinced that Xu Fu knew what he was talking about, and he made immediate preparations to travel to Zhifu island, where he offered the magician a huge harem of 6,000 women and a fleet of ships to offer the immortals in exchange for their services. Xu Fu told the Emperor that the immortals would only speak with him, and so he promised to travel out to the mysterious island and return with the elixir of immortality. And so Emperor Qin Shi Huang stood at the sea watching the fleet of ships and the magician Xu Fu sail off over the horizon, after which he needed only wait. And wait some more, for years on end.

Xu Fu never did return, and the theory is that he either got lost at sea or took off with the free harem and ships, but others have speculated that Xu Fu did indeed find the island and its immortals, and decided to stay and join them, or that he even fled to Japan. Whatever the case may be, the years went on and Xu Fu never came back, and so Emperor Qin Shi Huang was left without his promised elixir of life, and was back to scouring the land looking for it. This mission became even more urgent when he was almost killed in an assassination attempt, and he doubled his efforts to find the elusive elixir he sought even as he became more reclusive, hiding behind his palace walls and in constant paranoia. He sent out a group of his best men to try and find the island of Penglai, but they were never able to find it. In fact, only one of the men returned, and he would say that although he had found the island, he had seen no sign of the purported colony of immortals. 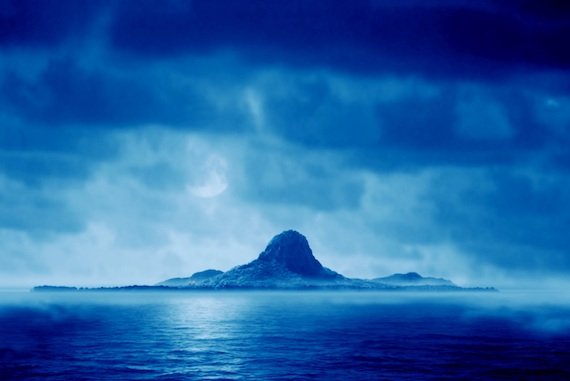 Qin Shi Huang took to taking various remedies offered to him, including one called cinnabar, basically mercury sulfide, which was supposed to prolong his life as he searched for immortality, but in fact did just the opposite. Mercury is something many readers will recognize as a dangerous, poisonous substance that one should not ever ingest, and so the Emperor became weak and sick as time passed. As this was going on, a meteor crashed near the lower reaches of the Yellow River and someone had then inscribed into it the sinister warning “The First Emperor will die and his land will be divided.” Qin Shi Huang became so furious, frustrated, and suspicious of his advisors, who he had now come to believe were trying to poison him, that he had many of them executed. In the meantime, realizing that he was not long for this world and that it was very likely he was not ever going to get his elixir, he had built an immense, sprawling underground mausoleum built and populated by 8,000 terracotta warriors and horses in order to serve as his residence in the afterlife. He would need it when he eventually died of mercury poisoning at the age of 49. The complex is as mysterious as it is huge, and has still not been completely explorer or excavated.

In the void left behind by the death of “The Immortal Emperor,” there was immediately civil war as factions squabbled over the scraps, leading to the formation of the Han Dynasty that would be the second imperial dynasty of China. It is ironic that his own quest to live forever likely contributed to his early demise, and all of this remains a very curious historical oddity that stands out as something as if from some fantasy story. The quest for immortality is still alive within us, but perhaps no one in history has pursued it with such passion and resolve as Qin Shi Huang. One wonders if he in the afterlife regretted what had happened or if he embraced his new role, but these are things we will ever know. It remains a grand tale melding history, madness, and a touch of the paranormal.